NASCAR at Kentucky: Results, highlights from the Quaker State 400 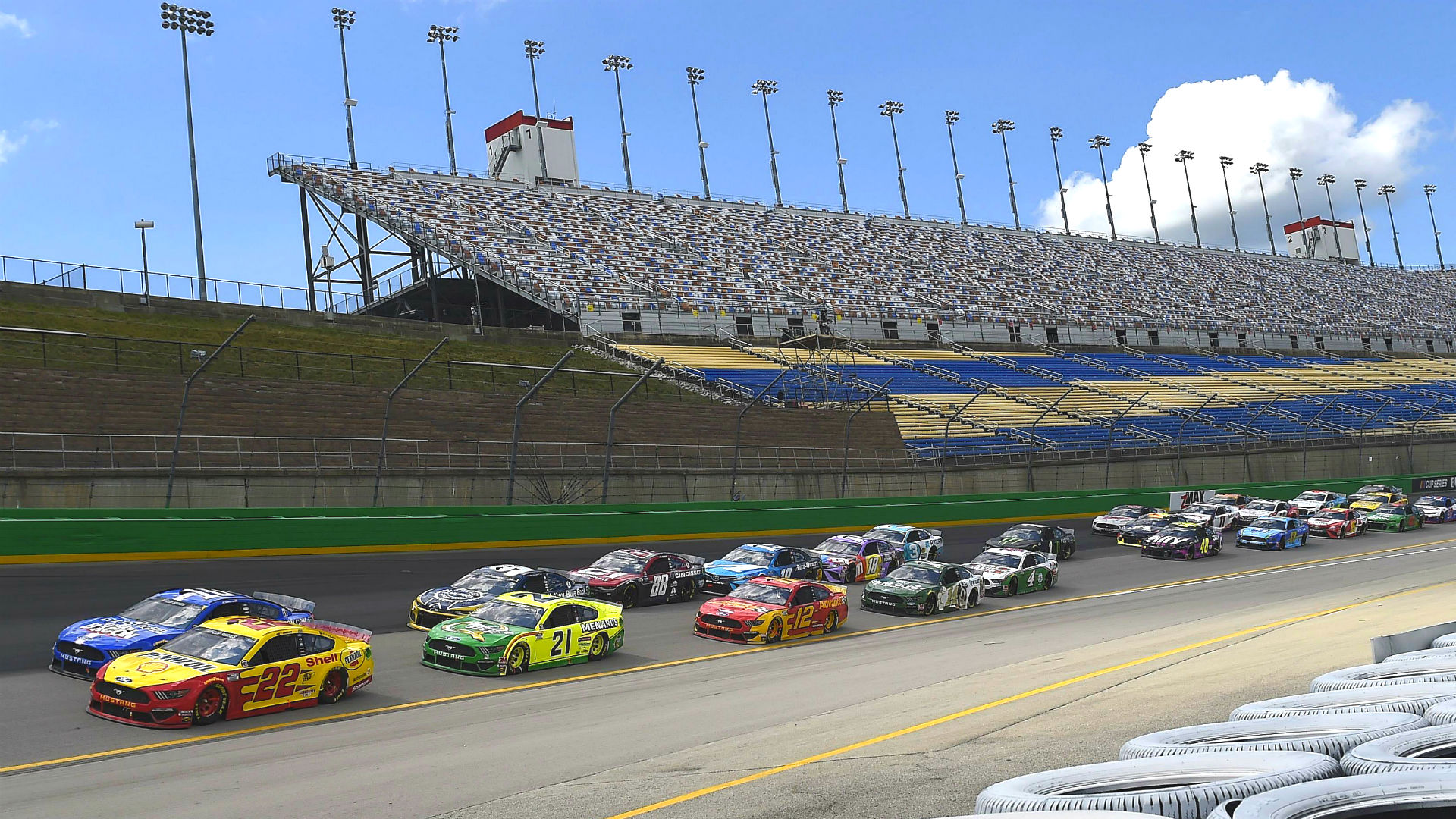 Sunday’s NASCAR race at Kentucky Speedway was just the second daytime event in the Cup Series’ decadelong history of racing at the 1.5-mile oval located between Cincinnati and Louisville. A modified 2020 schedule meant the Kentucky race needed to be pushed back from its traditional Saturday night slot and into Sunday afternoon.

And what frankly was a bit of a snoozer ended with a fantastic finish and a historic result.

Cole Custer, a Cup Series rookie who entered the weekend 25th in points, powered his way around veteran drivers Kevin Harvick, Martin Truex Jr. and Ryan Blaney on the last lap with a four-wide pass on the outside. The only lap he led all day made the 22-year-old the first rookie ever to win a Cup race at Kentucky.

Even though he had never won at Kentucky in the Cup Series, Harvick, the series points leader, entered Sunday’s race as the favorite. He was having a rough day early on, complaining about a lack of grip, before he rallied and nearly captured his fifth win of the season.

Sporting News tracked live race updates and lap-by-lap highlights from Sunday’s NASCAR race at Kentucky. Here’s how it went down.

Including Custer, three Fords finished in in the top four spots. Truex in second was the lone Toyota to finish in the top six.

Kurt Busch had the highest-finishing Chevy with his fifth-place run.

Below are the complete results from Sunday’s race at Kentucky.

5:47 p.m. ET: Caution with seven laps to go after Matt Kenseth spins out. Kevin Harvick is ruled the leader over Martin Truex Jr. We’ll get a green-white-checkered to end the race.

5:45 p.m. ET: Restart with 13 laps to go. Kevin Harvick makes an aggressive move on the inside and takes the lead.

5:35 p.m. ET: Restart … and an immediate caution. Brad Keselowski gets into the back left bumper of Jimmie Johnson and spins the No. 48 into the infield.

5:26 p.m. ET: Restart with 30 laps to go. Martin Truex Jr. gets the edge over Ryan Blaney from the outside lane and keeps the lead.

5:14 p.m. ET: Caution for debris on the track, and Austin Dillon spins out shortly thereafter while trying to bail on a pit stop. It’s just the second non-competition caution of the race, and it comes with 38 laps to go. William Byron is the leader after staying out late in a cycle of green flag pit stops, but he pits, and Martin Truex Jr. regains the lead.

4:32 p.m. ET: Brad Keselowski wins Stage 2 after gaining the lead during a green-flag pit cycle. It’s his fourth stage win of the season.

4:25 p.m. ET: Caution. The first incident of the day arrives with six laps to go in Stage 2. Matt Kenseth spins out to bring out the yellow flag due to a leak in his tire, but he manages to keep the car out of the wall.

4:15 p.m. ET: We’ve reached the halfway point, so the race is now official in case weather threatens the finish. Aric Almirola is still leading, but he loses the top spot to Ryan Blaney a few laps later.

3:45 p.m. ET: Another penalty for Ty Dillon. This time he is caught speeding on pit road.

Aric Almirola leads 71 laps in Stage 1 and wins it. Already his new career high for laps led in a single race.

3:08 p.m. ET: Caution. Lap 26 and the competition caution arrives after a smooth green flag run. Aric Almirola is leading with Kyle Busch in second. During pit stops, Ty Dillon gets a penalty for a commitment line violation and must restart in the rear of the field.

11:55 a.m. ET: NASCAR announces Martin Truex Jr. and Matt Kenseth will have to start Sunday’s race from the rear of the field after both teams failed prerace inspection twice.