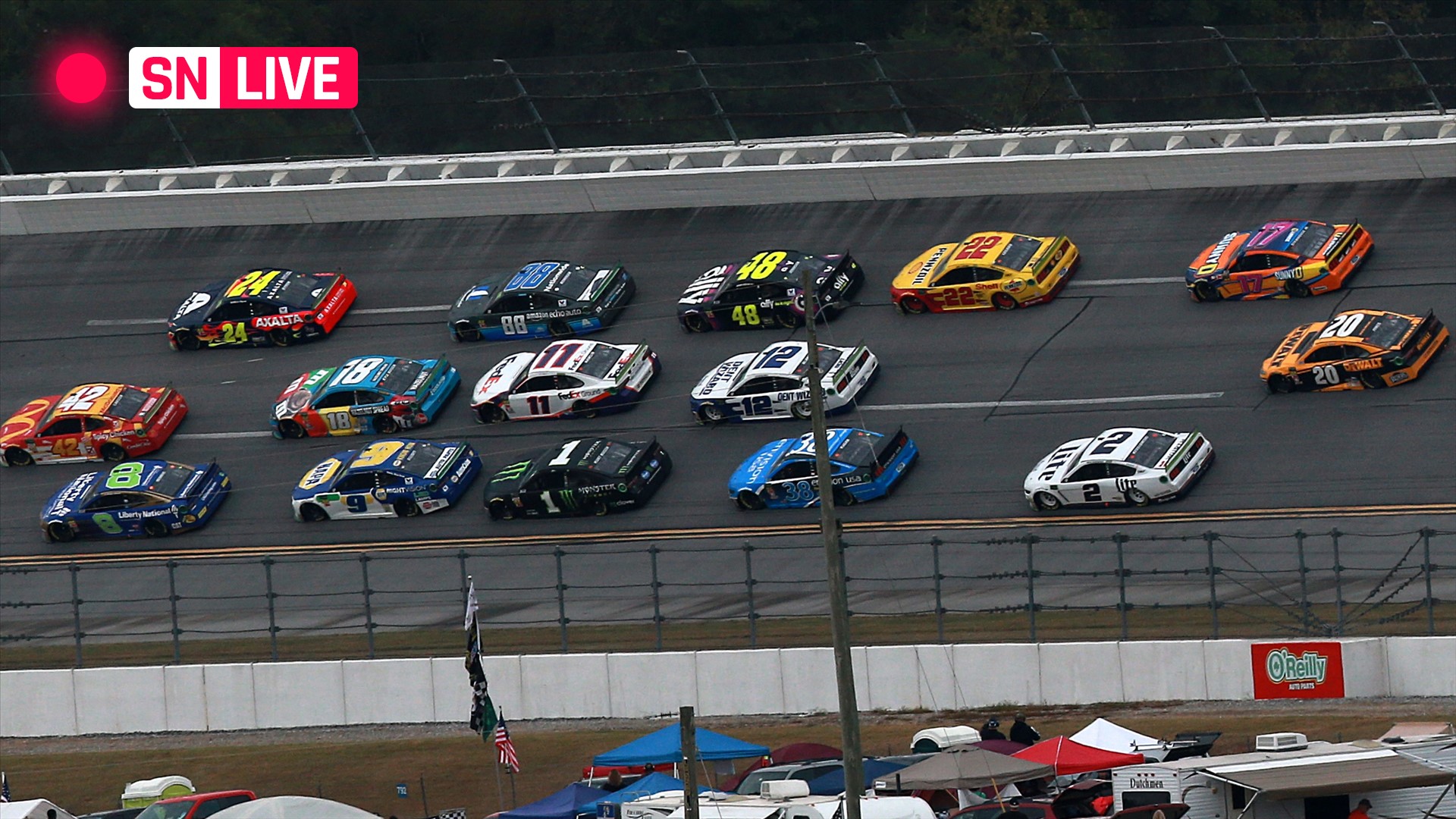 For the first time since the COVID-19 pandemic shut down live sports globally, a NASCAR Cup Series race is being run with generally admitted fans in the stands, albeit in limited numbers. This relative return to normalcy is happening at Talladega Superspeedway, NASCAR’s biggest and arguably its most exciting track.

Sunday’s race at Talladega also marks the first Cup Series event at a 2.5-mile superspeedway since the Daytona 500, which ended with Ryan Newman’s terrifying crash on the last lap. That accident led to some superspeedway-specific rule changes that are being implemented for the first time Sunday at Talladega.

Because Ford and specifically Team Penske have been so dominant at Talladega of late, Brad Keselowski and Joey Logano are among the favorites to win Sunday’s Geico 500. Also a popular pick to win is Chase Elliott, who took the victory in the spring race at Talladega last season.

Of course, picking the winner of a NASCAR Cup Series race at Talladega is the motorsports equivalent of throwing pegs at a dart board. The great equalizer that is pack racing should make for an exciting race that, with some speed and a little more luck, can be won by just about anybody.

Sporting News is tracking live lap-by-lap updates and highlights from Sunday’s NASCAR race at Talladega. Follow below for complete results from the Geico 500.

2:35 p.m. ET: Due to a lightning strike near the track, NASCAR puts a 30-minute hold on activity at Talladega. Here are some strong storms to the west of the track.

1:08 p.m. ET: NASCAR executive vice president Steve O’Donnell tweets a message in response to a massive Confederate flag banner with the words “Defund NASCAR” being flown by a plane over the track.

You won’t see a photo of a jackass flying a flag over the track here…but you will see this…Hope EVERYONE enjoys the race today. pic.twitter.com/ppwP1ggNjt

10:37 a.m. ET: Joe Gibbs Racing showcases a special paint scheme for Denny Hamlin’s No. 11 Toyota Camry. Courtesy of the team’s primary sponsor FedEx, the all-black look features the logo of the National Civil Rights Museum on the hood of the car.

For today’s race, @FedEx has chosen to remove all of their branding and traditional colors, with this week’s theme being to listen and learn as they spotlight the @NCRMuseum, which they are featuring on the hood. pic.twitter.com/hfd5aGq2e9

8:44 a.m. ET: Brian Neudorff, a meteorologist who provides weather forecasts for NASCAR races, warns that there are expected to be scattered thunderstorms in the Talladega, Ala., area on Sunday that could impact the race.

We will see isolated to scattered showers/storms this afternoon. I’d say odds of RACING today are 65-75 percent – will have to monitor radar through the afternoon with @RaceWeather for @TalladegaSuperS #NASCAR

The green flag for Sunday’s NASCAR Cup Series race at Talladega will wave shortly after 3 p.m. ET, but Fox’s TV coverage will begin at 2 p.m. ET.

Talladega, Ala., is located in the Central Time Zone, so the race’s start time locally will be 2 p.m. ET. That’s notable considering Talladega Superspeedway does not have lights in the event the race is delayed.

Here are the results from the draw for NASCAR’s starting lineup at Talladega: