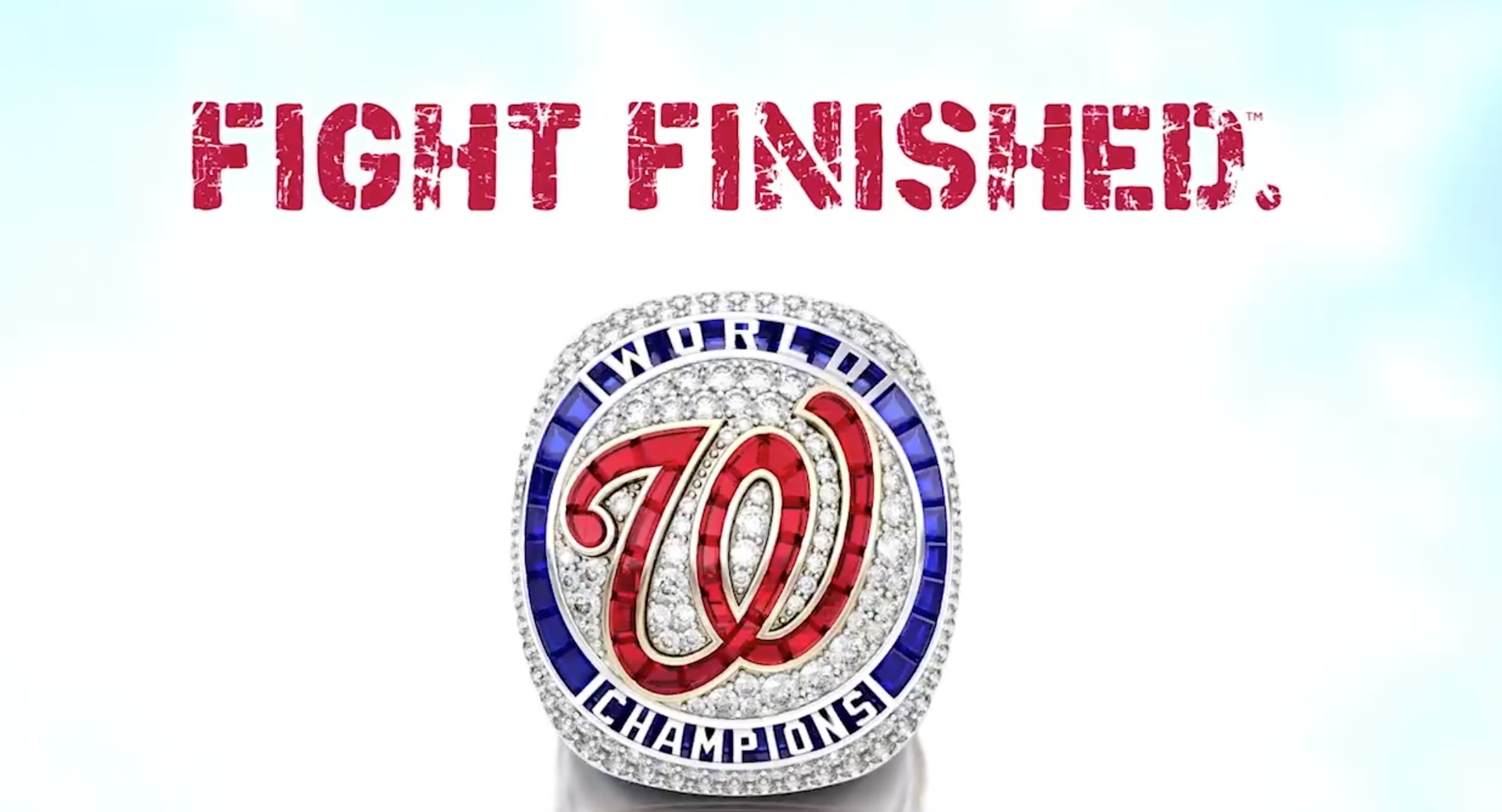 The 2019 World Series ring design the Nationals unveiled on Sunday afternoon is gorgeous with some neat, personalized features for a team that took an unlikely championship path.

There’s even a baby shark on the inside of the ring as a nod to Gerardo Parra’s viral walk-up song that whipped Nationals Park into an arm-waving frenzy every time he had an at-bat.

An oddity in the announcement video, though, is the math Washington used to explain the number of gems on the ring. The team got pretty obscure in its calculations.

MORE: You can now sleep in a minor league stadium

Here’s how Nationals arrived at their figures for the number of rubies, sapphires and diamonds:

Ridiculous scale: 2/10. This one is fairly normal, even if hurt fans in Montreal might not care for the association with Washington baseball. There’s a pretty basic tally of wins with a personalized twist added on.

Ridiculous scale: 8/10. This one starts out on the specific topic of types of wins — which, while somewhat strange to use in this context, is at least centered on a single subject. It then veers into the team’s longest winning streak, which is half-related, before delving into postseason rounds won, which is not related at all. There were other types of wins that would have worked for the third and fourth numbers. Examples include: number of comeback wins, number of blowout wins (margin of five or more runs), number of road wins, number of wins in which Juan Soto drew multiple walks ( 21!), etc.

Ridiculous scale: 9/10. If you’re going to be this random, at least be the fun kind of random. The Nationals could have counted up postseason Soto Shuffles or Scherzer Glares or dugout dance variations. Instead, they picked an explanation out of a hat. Oh well.

Bystaronline@reachplc.com (Gareth Bicknell) Mike Tyson and Roy Jones Jr will return to the ring on Saturday in one of the most hotly-anticipated fights in recent...
Read more