NATO revelation: How Britain was at the centre of a bold plan to offer Russia membership 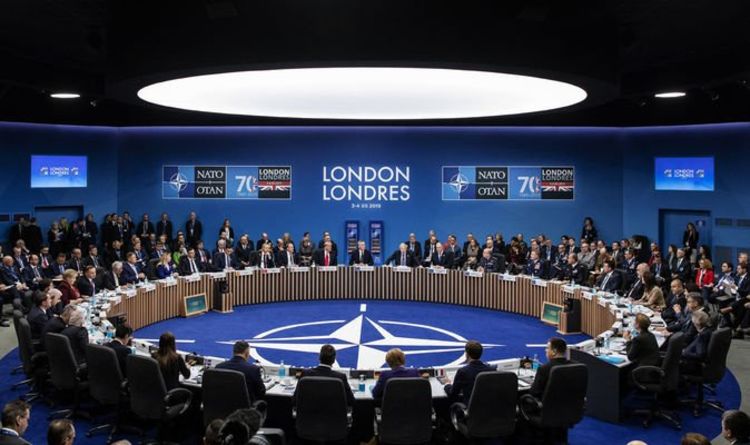 Tuesday saw the release of a whole batch of previously classified papers by the National Archives at Kew. Among them were documents outlining Government plans to reverse a century of east-west antagonism by offering Russia a role within NATO. Malcolm Rifkind, who was Defence Secretary at the time, wanted to offer Russia associate membership of the Western military alliance, so as to ease Kremlin suspicions of NATO’s eastwards expansion.

Mr Rifkind presented his ideas to his fellow Cabinet colleagues during a strategy summit at Chequers.

In a 10-page submission, the Defence Secretary argued that: “A possible solution would be to create a new category of associate member of NATO.

“Such a status could not involve article V guarantees [which declares an attack on one state is an attack on all members], membership of the IMS [Nato’s International Military Staff ] or Russian vetoes and would not therefore change the essence of Nato.

“It would, however, give Russia a formal status within NATO, allow it to attend, as of right, ministerial and other meetings and encourage a gradual convergence and harmonisation of policy, doctrine and practice.”

He said that the problem was that Yeltsin and his pro-western supporters had become more wary of and antagonistic to NATO enlargement, as a result of domestic political pressure from nationalists and communists.

He wrote: “It would most importantly provide an acceptable framework that would allow enlargement to go ahead without rancour and retaliation.

“We must not repeat, in the Nato context, the position the EU has got itself into in relation to Turkey – of promising the prospect of entry which it has not intention of honouring.

“This could be profoundly destabilising.”

The proposal was not supported by his fellow Cabinet colleagues, with Mr Clark dismissing the idea as “farcical”.

When asked about his initiative earlier this week, Mr Rifkind explained: “That was pre-Putin. We had Gorbachev and Yeltsin who were very cooperative and they were genuinely wanting to become closer to the west.

“Russia supported action against Saddam Hussein in the first Gulf war. They were unhappy about the enlargement of Nato, but didn’t make as much of a fuss about it as you’d expect.

“So I was trying to find a way to say could we support close cooperation with Russia, hence my suggestion of it becoming an associate member.”