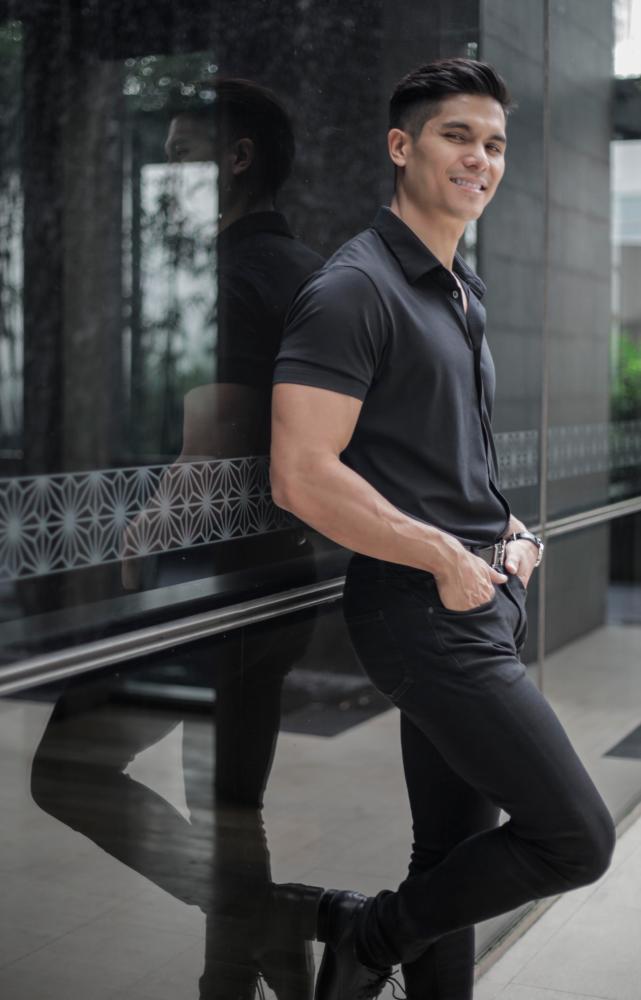 Danial Hansen, 25, was crowned Mr Tourism World in Malta this January. This handsome young bodybuilder and model who aspires to be an actor is also passionate about saving animals, especially those on the brink of extinction.

Born in Kuala Lumpur, and having lived in Abu Dhabi for four years, Danial, whose father is a pilot, has had the privilege of travelling to places in the US and Europe.

Danial is currently balancing his title commitments and his studies.

During an interview early in March at Pavilion Hotel followed by a photo shoot, Danial told us how he was always keen on both football and bodybuilding.

When he turned 22, he realised that he was not really cut out for football, and decided to concentrate on bodybuilding.

Lithe and muscular, Danial maintains that he does not take steroids, and that what you see is the result of hard work and a good diet.

Danial’s exotic good looks are thanks to his parents: his dad is half-Malay and half-Danish, while mum is an ethnic Chinese from Sabah.

As part of his reign, he will be travelling around the world, promoting tourism and culture.

What inspired you to get into bodybuilding?

“My father. He is an amazing father and I love him to death, but he is very, very strict when it comes to bodybuilding.

“But I am also thankful for that – because of him, I look like this.”

“I am very lucky in life. When I first started entering bodybuilding competitions, someone saw my post on Instagram and suggested I try modelling.

“After that, I did tried modelling and someone scouted me and said I should try out for pageants. One thing led to another, not because I wanted to, but because someone discovered me.”

How did you end up in Mr Tourism World?

“I was competing in Bachelor of Malaysia (BOM) [in June] 2019. I felt that was the best male pageant. This year, they picked seven winners. Each of us were given different titles depending on what our national director felt we best represented. They picked me [to participate in] Mr Tourism World [in January this year].”

Did you attend any bootcamp to prepare?

“Since I was representing Malaysia, I did my research to promote Malaysia to the world.

“I also wore attire that was inspired by the Murut tribe, with elements of other Malaysian culture.”

What is your take on travelling to other countries?

“At one point in my life I thought Malaysia was my only world. When I went to Paris, it opened the doors of the world to me. I feel people should travel.”

How should visitors to a foreign country behave?

“I think tourists should always visit the popular places and see what the culture in that country is like.

“What I think they should not do is disrespect it, like those tourists who took off their clothes on Gunung Kinabalu.

“When you go to a new place to enjoy the food and the culture, you must also respect it.”

How often do you work out?

“I work out for three hours every day, six days a week. [Followed by] one day of rest, which is important.”

“My diet is so boring. In the morning I just eat oats with protein powder. For lunch it is chicken with quinoa and vegetables, and for dinner it is fruits and protein bar. That is all.”

What is next for you?

“After I fulfil my Mr Tourism World [obligations], I want to go into acting. But first, I have to finish my degree.”

What is the cause close to your heart?

“While other contestants were talking about tourism, I spoke about animal extinction. When the last Sumatran rhino in Sabah died, it had an impact on me.

“Turns out the Tourism Minister of Sabah follows my mother on Instagram. [She] is trying to push a law where any animal is mistreated or killed anywhere, the perpetrators will be punished severely. I wish to support her and also bring awareness about animal extinction in Sabah and the rest of Malaysia.”