Navy Investigating Whether Fire Aboard USS Bonhomme Richard Was Arson 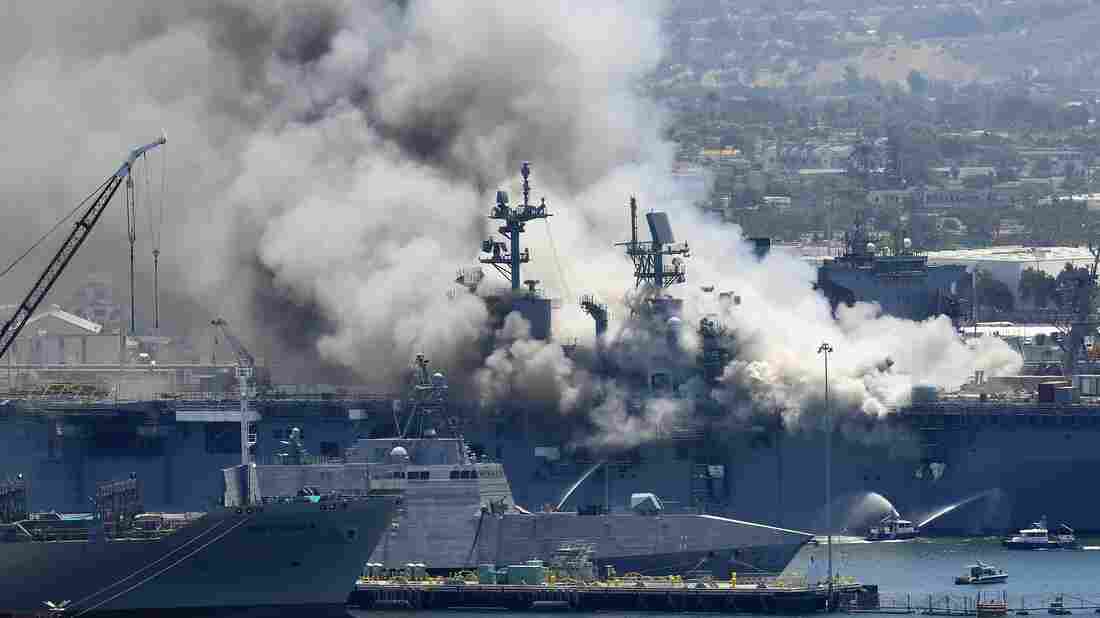 Smoke rises from the USS Bonhomme Richard after an explosion and fire on board the amphibious assault ship at Naval Base San Diego. The Navy is investigating whether the fire was due to arson. Denis Poroy/AP hide caption 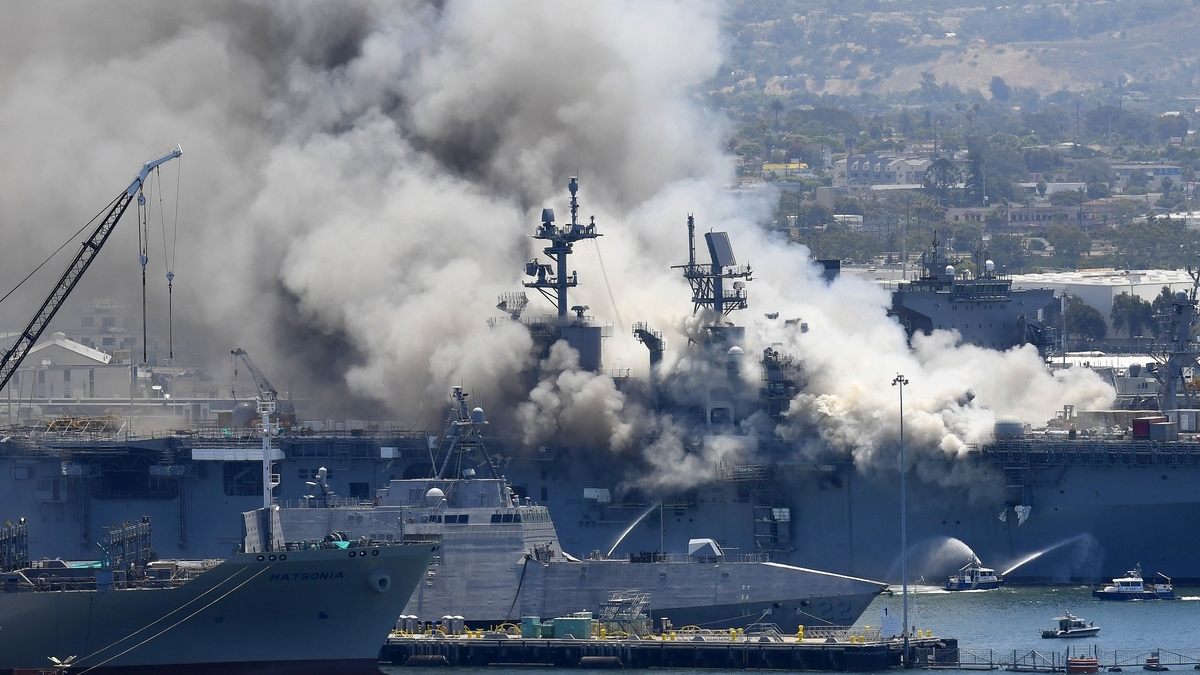 Smoke rises from the USS Bonhomme Richard after an explosion and fire on board the amphibious assault ship at Naval Base San Diego. The Navy is investigating whether the fire was due to arson.

The Navy is investigating whether a fire that engulfed the USS Bonhomme Richard in July may have been set intentionally.

The fire burned for more than four days along the oceanfront in San Diego, at times sending smoke billowing through the city. Wednesday, a defense official confirmed that the Navy is looking at whether the blaze that heavily damaged the ship was caused by arson.

Investigators with Naval Criminal Investigative Service have questioned a sailor in connection with the fire. So far, no charges have been filed.

“The Navy will not comment on an ongoing investigation to protect the integrity of the investigative process,” said Lt. Tim Pietrack, spokesman for NCIS.

Investigators have remained on scene at Naval Base San Diego for more than a month, trying to determine the cause of the fire.

The fire broke out July 12 while the vessel was undergoing maintenance in port. Navy officials said at the time that the small crew on board had a difficult time isolating the fire.

Hatches were propped open by construction equipment and cables as part of the maintenance, making it difficult to contain the fire. Sailors nearly had the fire under control in the first few hours, but high winds worsened the blaze. A series of explosions was also reported. One explosion was loud enough to be heard 13 miles away.

At one point the fire became hot enough to melt portions of the aluminum superstructure above deck.

After touring the damage in July, the Navy’s top officer, Chief of Naval Operations Adm. Michael Gilday, suggested that the 22-year-old vessel may have been a total loss.

According to documents provided by the Navy, over the last decade there were nine serious fires on board Navy ships around the world and seven of those fires were on board ships in port, most undergoing maintenance.

The Bonhomme Richard is a Wasp-class amphibious assault ship, 844 feet in length and resembling a small aircraft carrier. It is used to transport a Marine detachment, its equipment and aircraft. The Bonhomme Richard was one of the first vessels being retrofitted to carry the new F-35B Joint Strike Fighter, setting back plans to deploy the new stealth fighter jet on amphibious assault ships.