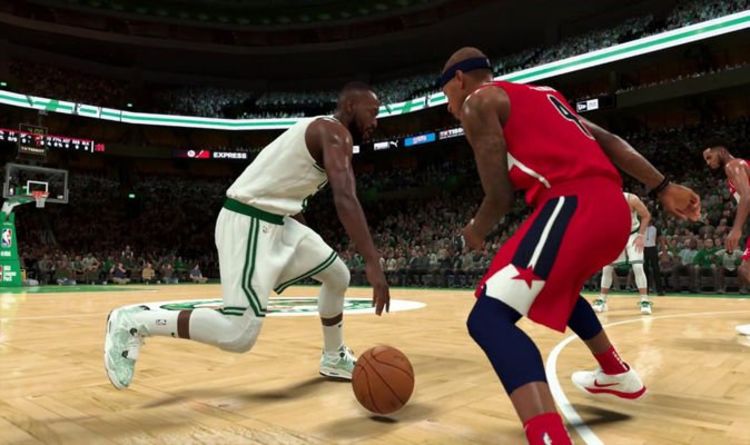 These are usually provided after an update goes live, although they haven’t always been the most descriptive.

The most recent patch notes were shared on March 6, so there is a good chance something will be revealed by 2K in the coming hours.

Bug fixes are already being flagged by the NBA 2K community but until we have an official confirmation, it’s hard to say exactly what has changed.

While 2K has yet to confirm the latest patch notes for PS4 and Xbox One gamers, they have confirmed that maintenance is scheduled for today.

As revealed online, NBA 2K20 servers will be down for an undisclosed amount of time.

This will start at around 8pm BST on April 6 and it’s unclear how long it will leave online modes unplayable.

A message from 2K Support confirms: “Hey, folks! Please be aware: NBA 2K20 will be undergoing some server maintenance on 04/06/2020 at 12:00 am (PST). This will likely affect your online gameplay during that time.”

The event is using NBA 2K20 and will be run on Xbox One consoles. The winner will get to select a charity beneficiary to receive a $ 100,000 donation from 2K, the NBA and the NBPA.

“We’re thrilled to partner with the NBA and NBPA to bring basketball back to fans throughout the world and to help those in need during these uncertain times,” said Jason Argent, 2K Senior Vice President, Sports Strategy and Licensing.

“Entertainment, especially sports, has the ability to bring communities together – including athletes, fans and families – and we hope that everyone will enjoy the tournament.”