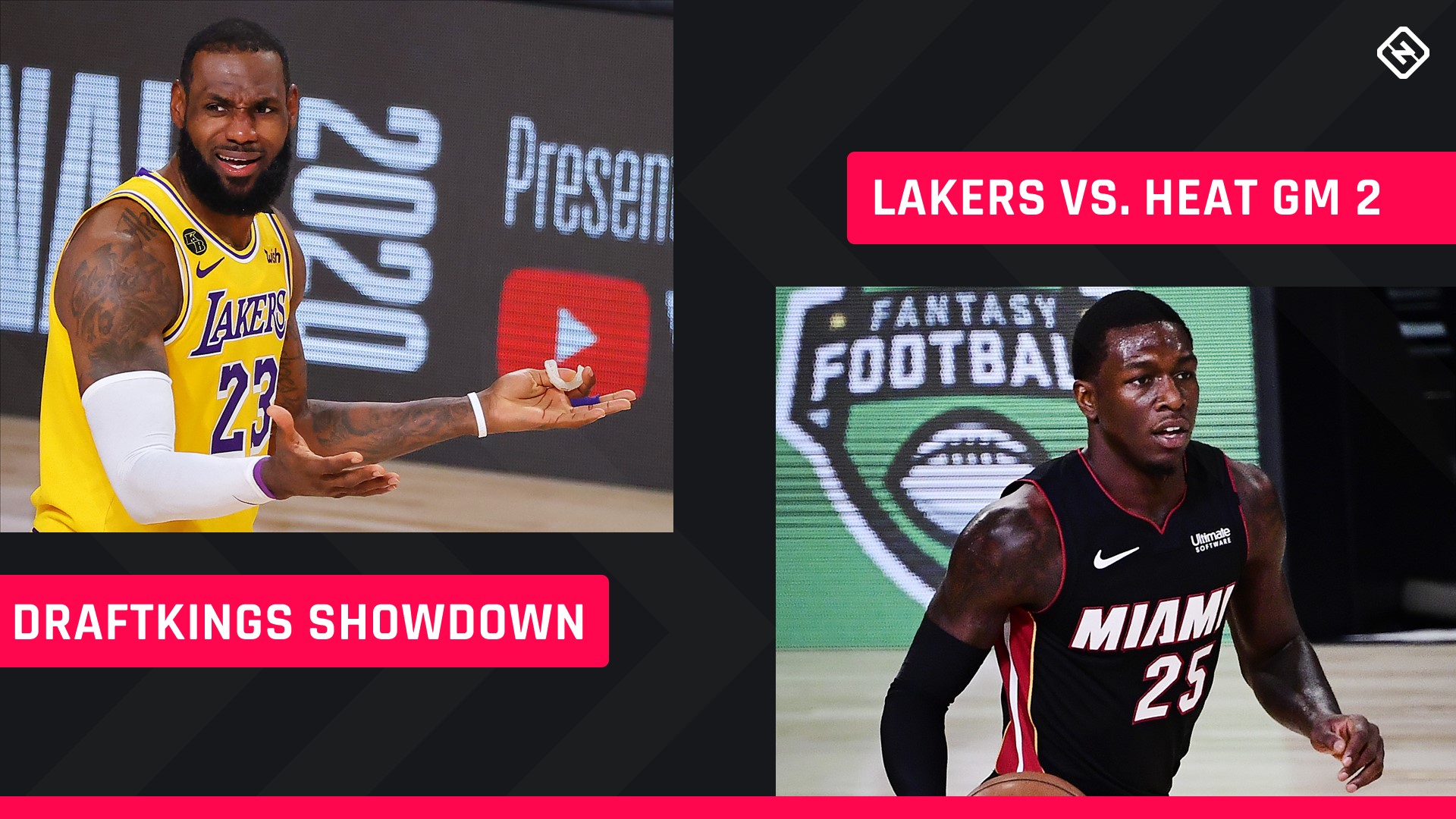 The Heat are ravaged by injuries heading into Friday’s Game 2 of the 2020 NBA Finals against the Lakers, but experienced NBA DFS players know injuries present opportunities. While guys will surely try to play through ailments as best they can (even with something torn in their foot, like Goran Dragic), playing time is bound to be altered. That presents a different lineup construction to our DraftKings Showdown lineup than we attempted in Game 1.

Instead of a value captain, we’re going with the King, LeBron James, in our multiplier lineup spot. This move means we won’t have either Bam Adebayo or Jimmy Butler in our lineup, but both will likely play at less than 100 percent Friday if they suit up. James should put up another monster game and carry our lineup on his back.

In Game 1, James put up a statline that should be astounding but is just ho-hum for him — 25 points, 13 rebounds, nine assists. With DK’s bonus for both double-doubles and triple-doubles, LeBron is fairly priced as the top player on this slate. There’s enough to be achieved at the lower-end prices in this game that using LeBron at captain is an overall plus and not a detriment.

It looked like no one on the Heat could guard Davis as he put up 34 points and nine rebounds in Game 1. Expect the same to be true in the second game, especially if Adebayo is hampered by an injury. If you’re putting together multiple lineups for this game, it could be worth swapping Davis and James in one in case it’s AD that has a 30-20 type game in Game 2.

Robinson let us down in Game 1, not really seeking out his shot and missing the few open looks he got. He’s too good a shooter not to bounce back, at least to some extent, especially if Dragic is out. Fading the Heat’s studs mean we need upside at the lower prices, and Robinson’s shooting provides that.

MORE: How Duncan Robinson went from D-III to the NBA Finals

Nunn becomes a lot riskier if it sounds like Dragic will play, but Nunn looked great in replacing Dragic in the opener and should find the floor regardless of Dragic’s Game 2 status. If Dragic is out, Nunn will be a chalky but smart play. The lefty was one of the league’s best rookies and scored 18 points in Game 1.

Caruso came through as our Game 1 captain; the rest of our lineup let him down. Caruso is still my preferred value captain for this slate if you go that route. He gets ample bench minutes and does a little bit of everything enough to make a difference.

Make sure Howard is starting. Frank Vogel would tip his hand if it’s announced that Javale McGee is starting instead. But Howard played well enough as a Game 1 starter to get the nod again. He won’t play huge minutes, but he racks up points, rebounds, and blocks fast enough to be worth it at this price.

Note: If Adebayo is out, pivoting to Kelly Olynyk here would have merit. Olynyk likely will see more minutes than Howard if Adebayo misses Game 2.