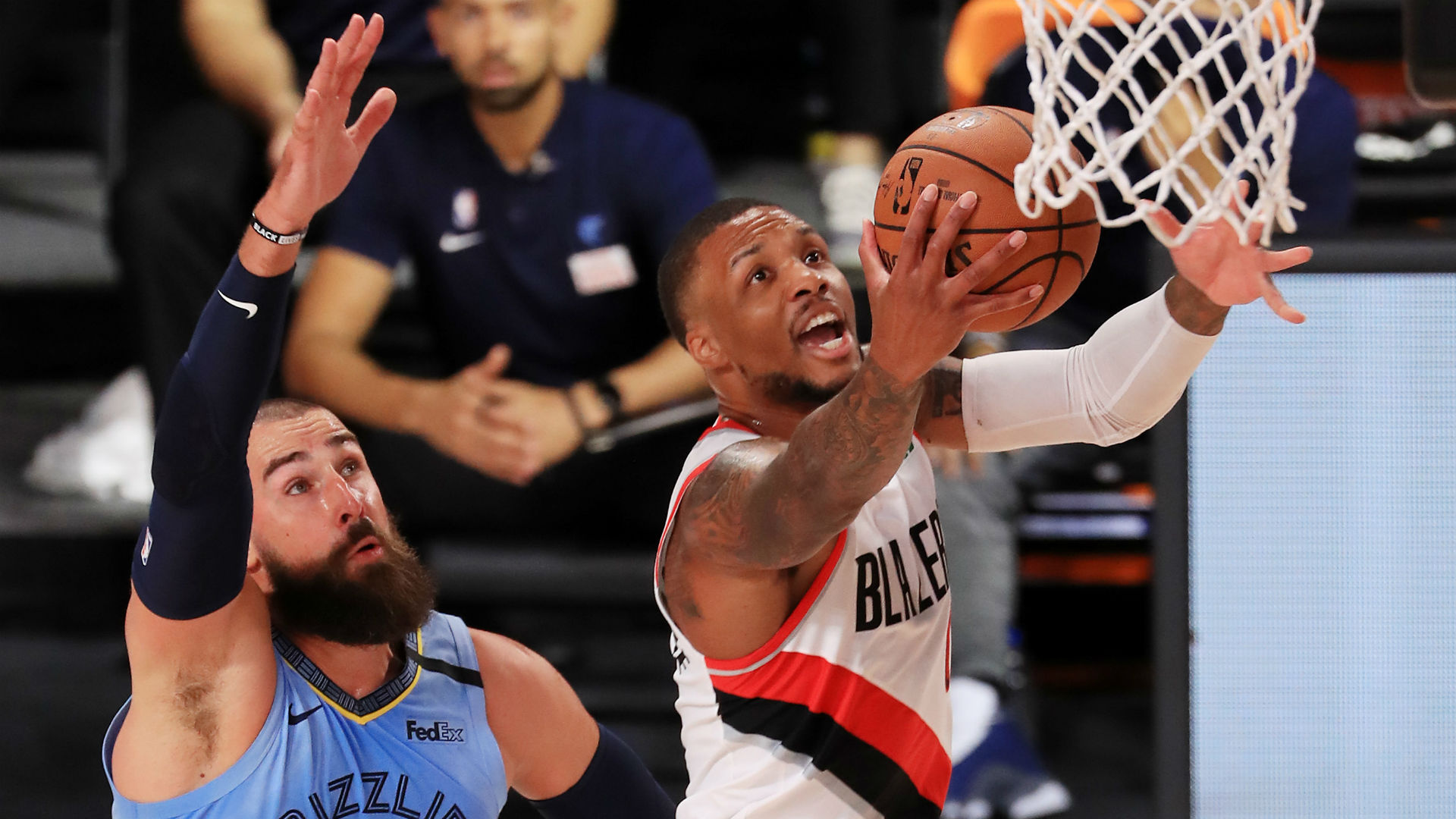 The NBA playoff field in the Eastern Conference is set with the Wizards officially eliminated from postseason contention.

Over in the Western Conference, however, an intense race for the final playoff spot continues to rage on.

When the Grizzlies entered the NBA’s campus in Orlando, Fla., they held a 3 1/2 game advantage over the Trail Blazers. That cushion disappeared after four consecutive losses inside the “bubble,” and now Memphis will be without a key player in Jaren Jackson Jr. after the 20-year-old forward suffered a torn meniscus.

The battle for the No. 8 seed in the West is down to a four-team dash toward the finish line (Grizzlies, Spurs, Suns, Trail Blazers), and given the lack of separation in the standings, it appears we are heading toward a play-in tournament ahead of the first round of the playoffs.

Let’s take a look at the overall landscape and the latest playoff odds for those four teams.

Here are the current NBA standings as of Aug. 9.

(Remaining strength of schedule via Tankathon and playoff probability via FiveThirtyEight)

Remaining games: vs. Celtics, vs. Bucks

Remaining games: vs. Mavericks, vs. Nets

Remaining games: vs. Rockets, vs. Jazz

Remaining games: vs. Thunder, vs. 76ers, vs. Mavericks

How do the NBA playoffs work?

Each of the 22 remaining teams is scheduled to play eight “seeding games” in order to determine playoff positioning in both conferences.

“Seeding games” will be played through Aug. 14, and a play-in tournament will be held Aug. 15-16 if necessary with the first round of the playoffs starting Aug. 17.

The playoffs will follow the typical format with full best-of-seven series all the way through the NBA Finals.