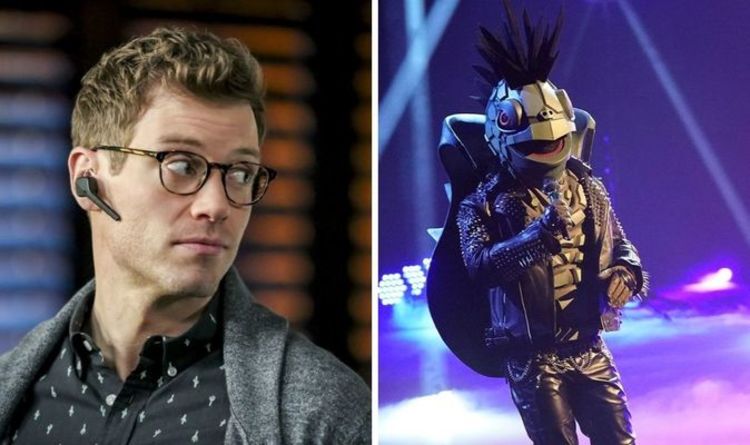 Rumours surrounding the next slate of celebrity appearances on The Masked Singer have already kicked off. The next season of the Fox talent show is set to return this year, and a new interview with a star of NCIS: Los Angeles has teased an appearance from a major CBS actor.

Season 11 of the first NCIS spin-off was cut short by two episodes following the outbreak of coronavirus across the globe.

The specialist team, led by G. Callen (played by Chris O’Donnell) and Sam Hanna (LL Cool J), were just about to face off against the NCIS’ latest adversary, Argento (Juan Riedinger).

In addition to the series’ white-knuckle action, devoted fans have also been heavily invested in the office romances between some of the show’s main players.

READ MORE: NCIS: What happened to Emily Fornell in NCIS?

During a video chat on Andrew Freund’s YouTube channel, the NCIS star may have let slip some news about his casting on another wildly popular series.

After Barrett broke out into some spontaneous singing, YouTube host and TV host for both Fox and CBS shows Andrew Freund, suggested his talents could be put to use elsewhere.

He revealed: “Someone just said you should be on The Masked Singer. Have you thought about that?”

Barrett couldn’t confirm or deny the rumour, but stirred up speculation with his next comments after teasing an upcoming project.

Viewers would certainly be excited for The Masked Singer’s highly anticipated return to crossover with the world of NCIS.

Andrew’s interview with Barnett then touched on some of the show’s more confusing aspects, and may have let loose some trade secrets.

The host asked: “You ever see when they pull off the masks they’re all totally done up? Like, they look incredible.”

To which Barrett suggested: “Do you think, right before the reveal, they take them off stage and then do them up again?”

ByAdrienne So When you’re designing a pumpkin, it’s important to keep a lot of different viewpoints in mind—the shape of the pumpkin, where it will...
Read more