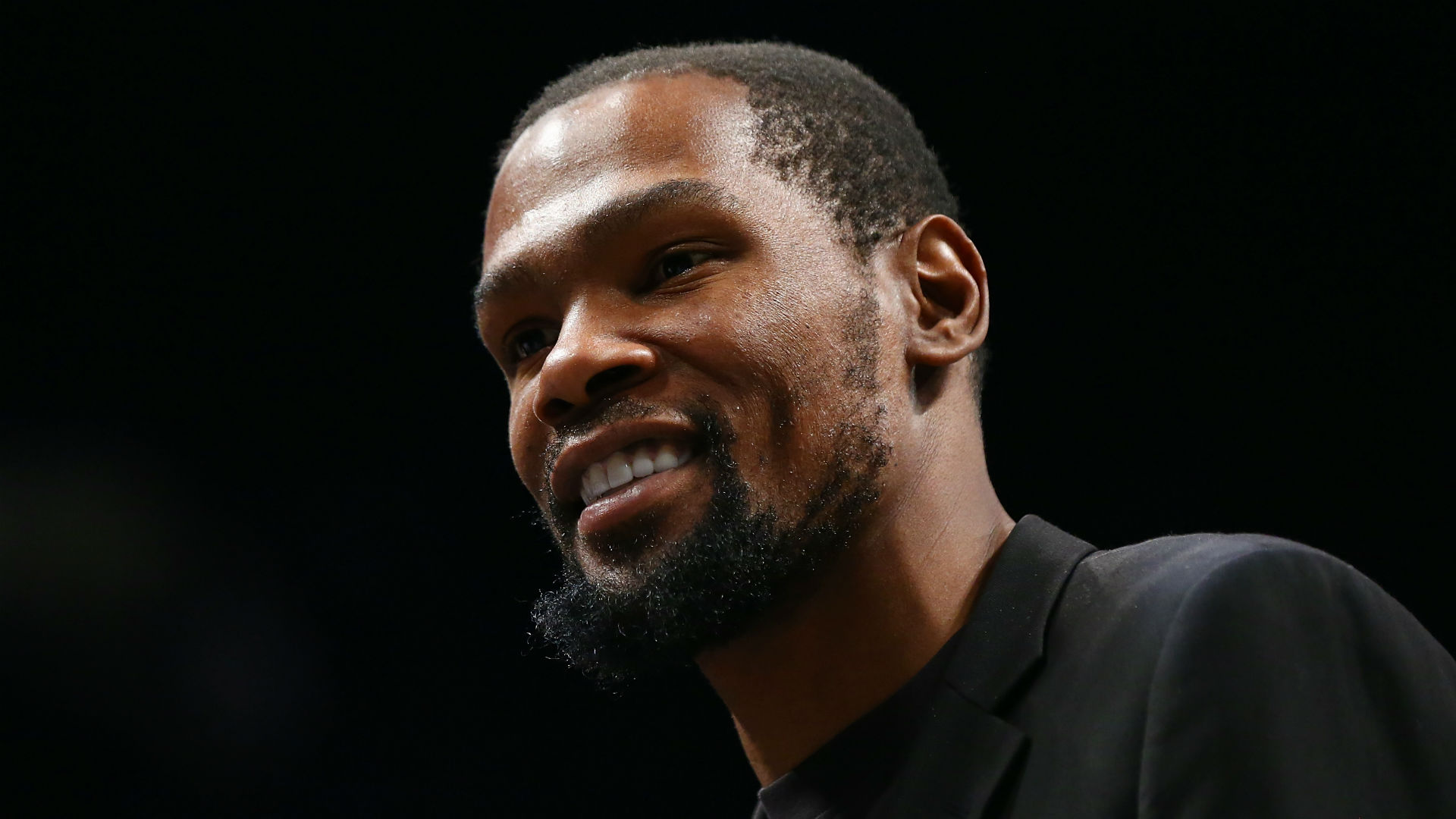 Nets star Kevin Durant said he is excited to work with first-time coach and Basketball Hall of Famer Steve Nash.

Nash has taken his first steps into coaching, hired by the Nets to replace Kenny Atkinson despite the two-time NBA MVP’s lack of experience.

Durant previously worked with the former Mavericks, Suns and Lakers guard for three seasons with the Warriors, where the latter was a player consultant.

The two-time NBA champion and two-time Finals MVP also went head-to-head with Nash when he entered the league as a rookie in 2007. Now he’s relishing the opportunity to be coached by the 46-year-old.

“His insight for the game, his communication, how he communicates the game of basketball is definitely going to help me as a player develop and it’s going to help the rest of the team,” Durant told JJ Redick’s “The Old Man and the Three” podcast.

Durant added: “Every time I’m in the gym with him, I was always like a sponge.

Durant is yet to play for the Nets because of an Achilles injury after his high-profile arrival from the Warriors in 2019. Durant opted not to return to the court inside the Orlando bubble at Walt Disney World Resort, where the Nets were eliminated in the first round of the Eastern Conference playoffs.

“I’ve been playing since I was 8, like, really locked in. Every day was centered around the game,” Durant said. “To finally get a year off, it was pretty cool. I started to focus a little bit more, understand what I like to do outside of the game a little bit more, as weird as that sounds at 30 years old. I really enjoyed that time to myself.

“I learned so much about the game of basketball, the business of basketball. I see it from a different lens. I was watching the game from a coach’s and a fan’s perspective all at once. I felt a new level of appreciation for what I’m doing for being away from it.

“Going into [the season], I didn’t think I would have that feeling. It definitely helps when the team signs you to a max deal even though you tore your Achilles. That definitely eased my mind a bit. I also just enjoyed having that free time to do my thing. I never got that time. I never got to enjoy that time. But at this point, I’m looking forward to going out there and playing again.”

PS5 fans have been given fresh hope of securing a next-gen console for launch, as UK retailer GAME opens up a second wave of...
Read more