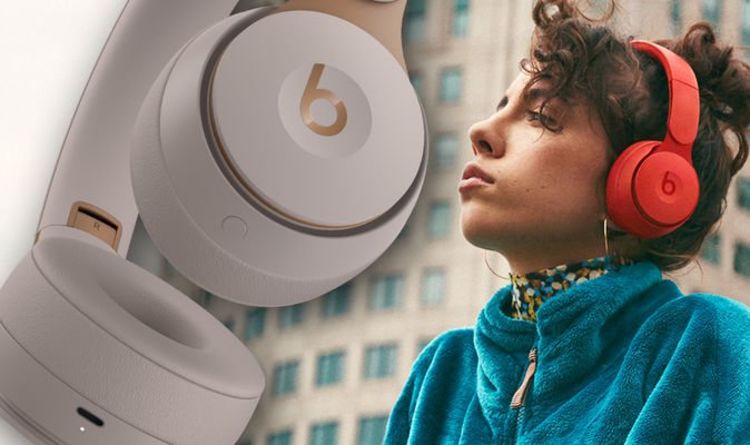 Beats are back with some new headphones that sound pretty impressive.

The newly-announced Solo Pro boast the fashionable design we’ve come to expect from the Apple-owned company, but now include noise-cancelling technology too.

This is the first time Beats has included this feature on its on-ear cans and means listeners will be able to hear their tracks without being annoyed by background noise. That’s because Beats is using its Pure Adaptive Noise Cancelling, which uses advanced algorithms to continuously monitor and adjust to your listening environment.

And this sound-blocking isn’t the only sound upgrade in the new Solo Pro range, as Beats has also boosted audio quality with a refined driver. According to Beats, this update brings an exceptional frequency response with lower total harmonic distortion.

Another useful bonus of getting the new Solo Pro headphones is that it includes the same tech found in Apple’s AirPods and the Powerbeats Pro, which means iPhone owners won’t need to start digging around in settings menu to pair the Bluetooth headphones. Instead, a prompt will appear on-screen that lets you sync them to your iPhone, iPad, MacBook, or any other iCloud-enabled devices you own, with a single tap.

Not only that, but the Solo Pro series benefit from the new audio sharing feature introduced in iOS 13, so you and a Beats Solo Pro-wearing friend can both listen to the same track from the same iPhone. It’s like in movies when star-crossed lovers take an earbud each from the same pair of headphones to share a song – but this way is much more hygenic.

With the Beats Solo Pro, you’ll also find simple controls on the right earcup which allow you to answer/end calls, play/pause music, skip songs, control volume and activate voice command without ever having to reach for their device.

And Beats is making the power button a thing of the past! Instead, the Solo Pro power on when unfolded and then turn themselves off the minute they are tucked back inside your bag.

As well as automatically turning on and off, you’ll be able to keep your music playing for up to 40 hours and, with Fast Fuel, you’ll get up to 3 hours of full-featured playback with a 10-minute charge.

“The Solo form factor is incredibly popular, with over 30 million sold to date,” said Luke Wood, president of Beats by Dre.

“Beats created Solo Pro to bring much needed innovation to the on-ear headphone market. With phenomenal acoustics, multiple listening modes and a progressive design, Solo Pro joins recently launched Powerbeats Pro as part of the next generation of Beats products.”

Availability in the UK for Solo Pro, priced £269.95, will begin on October 30 in Black, Ivory and Gray, with pre-orders available from today at Apple.com.

If you fancy something a little more colourful then music star Pharrell Williams has partnered with Beats to create the “More Matte” collection, which comprise of Dark Blue, Light Blue and Red.

“I’ve been along for the ride since Beats started and have collaborated on several projects throughout the last ten years,” said Pharrell.

“As a music producer and artist, I’m so thrilled to have contributed to the design and curated a dynamic range of colours for such an innovative and sound-focused headphone. I hope the audio experience inspires creativity and focus in you as it does for me, and I look forward to sharing our global campaign soon.”

Apple's macOS Big Sur was revealed during the firm's WWDC Developers Conference back in June and arrives packed with new features and a refreshed...
Read more
Tech

A ‘Covid Slide’ Could Widen the Digital Divide for Students

In a normal school year, Breanne Wiggins would have been prepared to welcome her new students by now. The curriculum for her fourth grade...
Read more
Tech

Instagram has launched a new tool in its popular social media app – Reels. This new addition lets you share 15-second videos made from...
Read more
Tech

Give a designer a few years with a product they've created and you're sure to see noticeable improvements for its second generation. But by...
Read more
Tech

How to use Reels on Instagram – what are they and how do you get them?

The latest addition to Instagram is called Reels, a function allowing users to record, edit and publish bite-sized videos in a way not dissimilar...
Read more
Tech