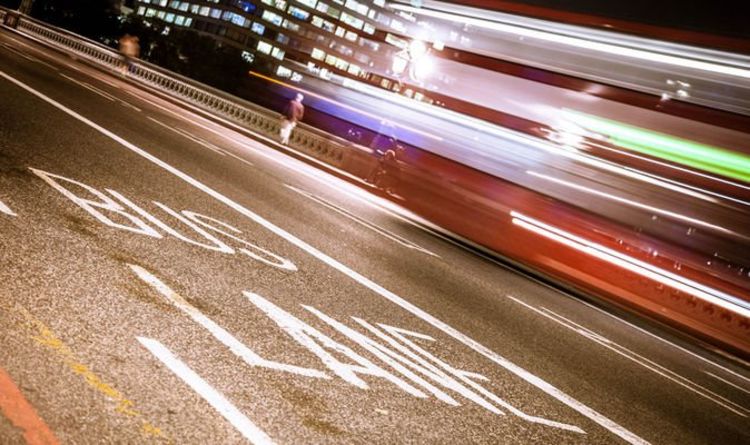 But the new system could catch out thousands of commuters and tourists who have not visited the capital since the start of lockdown.

In a bid to reduce disruption, TfL says clear signage will indicate which roads are affected and when the changes will be introduced.

A spokesperson also told Express.co.uk that road users can identify which roads are affected by looking at the colour of the bus route.

They reveal that red lines down the side of the lane indicate the stretch is managed by TfL and will be liable for fines.

They claim that reduce congestion from 24/7 bus lanes will quicken bus journeys and create consistent and reliable trips.

They say customers will be able to travel off-peak “more easily” with the changes set to prevent large queues at bus stops to aid social distancing measures.

TfL has also revealed that London boroughs, businesses and road safety groups have responded positively to the trial in a consultation.

They say clogged roads due to extra car use are a major barrier to economic recovery, costing London £5.5billion each year as drivers lose up to 200 hours on average every 12 months.

Claire Mann, Director of Bus Operations, at TfL, said: “This pandemic has brought unprecedented changes to the way we all live, work and travel, and the trial of 24 hour bus lanes is an important way that we have adapted the transport network to respond to the pandemic and help London to recover in a sustainable way.

“As the trial gets underway later this month, we look forward to engaging with groups, organisations and individuals to gather their feedback.

“Along with robust data collected throughout the trial, this will help shape our future plans and ensure that any permanent changes we make to bus lanes are beneficial to the majority of people.”

High blood pressure can be reduced by eating breakfast, according to The American Association of Retired Persons (AARP) - whose main aim is to...
Read more
Lifestyle