New Galaxy Watch could be revealed TODAY but its big... 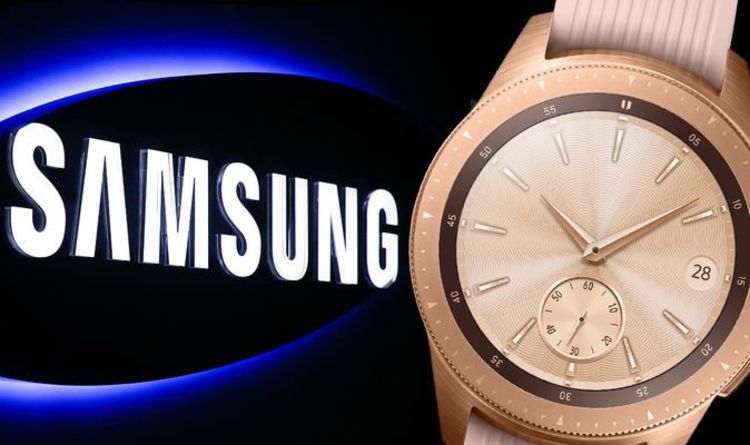 5.20pm update: A new Galaxy Watch could be revealed by Samsung in less than two hours. The firm will take to the stage in San Francisco at 6.30pm UK time where it’s expected to unveil the Galaxy S20 series, Galaxy Z Flip and a new pair of Galaxy Buds.

Recent rumours have suggested the South Korean tech giant is hard at work on a new smartwatch, but it’s unclear when it could debut. However, Samsung has shown off new wearables at each of its last three Unpacked events, so it wouldn’t be a huge surprise to see a new Galaxy Watch unveiled tonight.

Of course, Express.co.uk will keep you up to date with all the announcements from Samsung’s event tonight.

Samsung’s first event of the year could be a jam-packed with new hardware. We’re already expecting the South Korean firm to unveil its new Galaxy S20 flagship smartphone series, a new foldable phone called the Galaxy Z Flip and new Galaxy Buds with improved battery life. But could a new Galaxy Watch be revealed as well?

A month ago GalaxyClub claimed Samsung was hard at work on a new wearable with the model number SM-R840. The outlet speculated the device could be a long-awaited successor to the original Galaxy Watch that debuted alongside the Galaxy Note 9 back in August of 2018.

The outlet didn’t spill many details about the new wearable, but it was claimed to tote a 330mAh battery which, if true, would be slightly smaller than the cell inside the Galaxy Watch Active 2.

Since the initial Galaxy Watch leak from GalaxyClub, SamMobile has reported on a couple of other details about the rumoured device. First and foremost, the outlet claimed the hardware will boast 8GB of internal storage and be offered in a stainless steel case that, while gorgeous, could seriously up its asking price.

READ MORE: How Apple is using its iPhone and Apple Watch to improve your health

SamMobile said the new Galaxy Watch will also be available in non-stainless steel models though, presumably to make it more accessible to those that aren’t fussed about case materials. Finally, the outlet said the hardware will come in both Wi-Fi and cellular variants.

Of course, pricing for Samsung’s next smartwatch is unclear at this point.

In its initial article discussing Samsung’s new Galaxy Watch, Galaxy Club said it was unlikely the wearable would debut alongside the Galaxy S20. Instead it claimed the hardware could launch alongside the next Galaxy Note flagship later this year.

That said, we’re not ruling anything out. At last year’s Galaxy S10 unveiling – that was also held in February – Samsung showed off the Galaxy Watch Active, a wearable geared towards health and fitness.