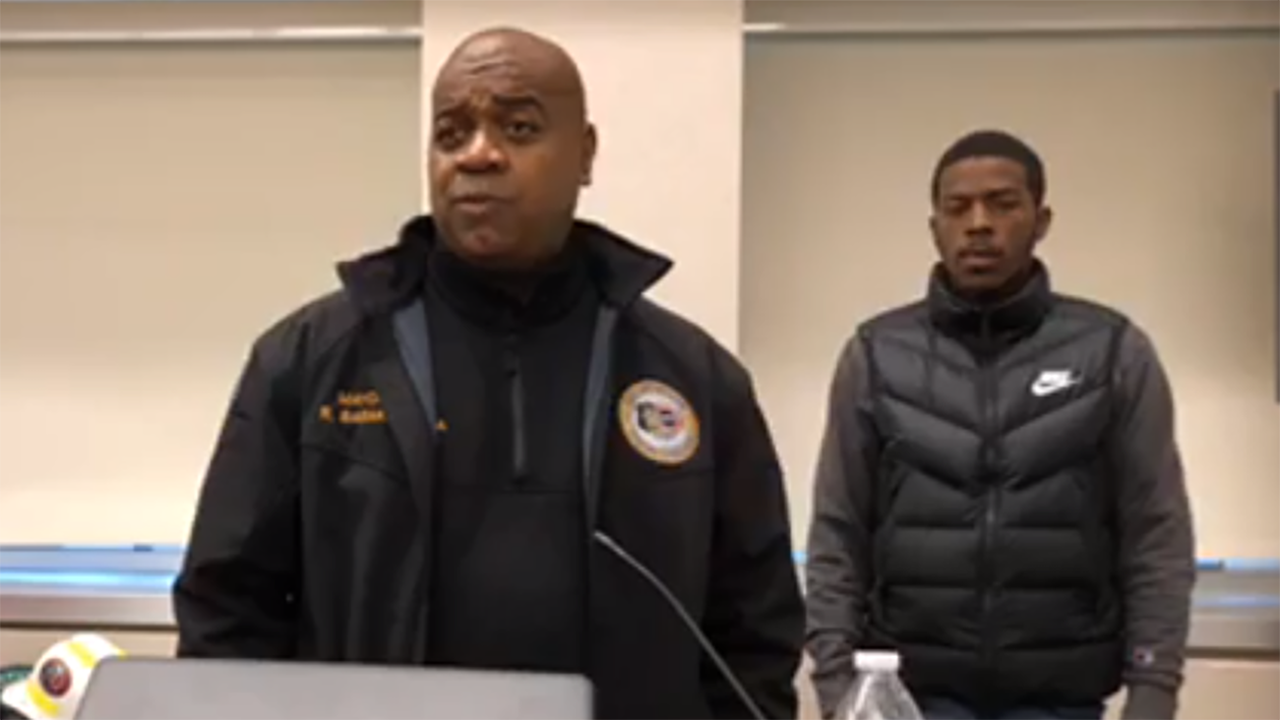 The mayor of the largest city in New Jersey stressed the importance of social distancing Saturday after a viral video showed a large group of young people appearing to defy police directives to disperse amid the coronavirus pandemic.

“We ain’t going nowhere. This is our hood,” one young man shouts at Newark police as he shoots the video, which contains profanity and racial epithets.

Mayor Ras Baraka responded with a video of his own, posted on Facebook, in which the maker of the viral video stands behind him.

“We know that that’s not the behavior that we want to exhibit,” Baraka says.

Baraka had announced an 8 p.m. curfew last week while New Jersey Gov. Phil Murphy banned gatherings of more than 50 people statewide, adding the ban will be enforced, even in residential areas.

Appearing more somber at Baraka’s news conference, the maker of the viral video said he meant the post as a joke.

“It wasn’t nothing for nobody to be thinking they could be doing anything,” he said. “This coronavirus is serious. We’re young so we [maybe] could handle it … but once you take it home to your grandparents or something … it’ll kill them. Their immune system is weak, it’s not like ours.”

“We’re young so we [maybe] could handle it … but once you take it home to your grandparents or something … it’ll kill them.”

“I apologize for that,” he said after being audibly reminded. “For anybody who looked at it any type of way. I apologize. It was just for Instagram.”

Baraka thanked the man for his apology, adding, “Let’s take this seriously, y’all. Let’s act like a community.”

“Let’s take this seriously, y’all. Let’s act like a community.”

New York Gov. Andrew Cuomo and Washington Gov. Jay Inslee also urged social distancing as some residents in their states continued to ignore warnings about the seriousness of the pandemic.