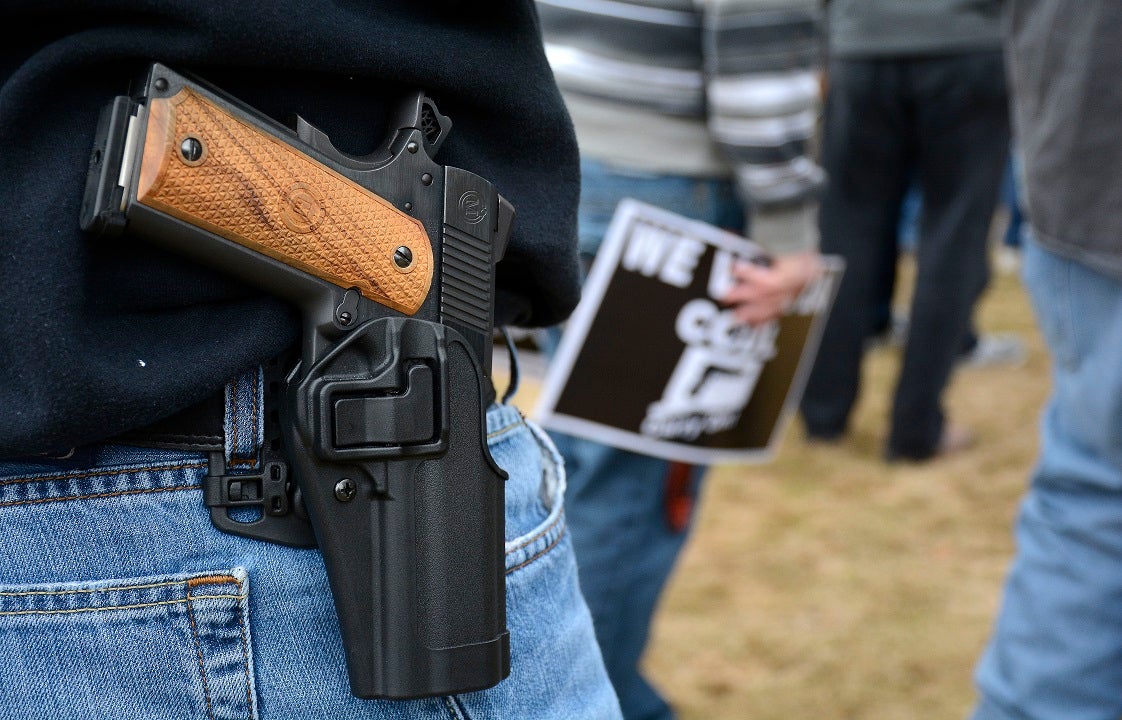 A New Jersey gun owner is fighting charges for carrying a firearm for which he had a permit and ammunition state police have publicly said is legal.

Roosevelt Twyne, a 25-year-old African-American security guard, was arrested by Roselle Park Police in February after a traffic stop stemming from tinted windows on his car. Evan Nappen, Twyne’s attorney, told the Washington Free Beacon that his client was then erroneously charged for illegally carrying a firearm and being in possession of so-called hollow point ammunition.

“He was arrested for the hollow point ammunition,” Nappen told the Free Beacon. “Then they claimed he was transporting his handgun illegally. He had a permit to carry a handgun. The law … makes it clear that it’s illegal to transport unless you are licensed pursuant to chapter 58. And that is precisely what a handgun carry permit is.”

Nappen said the ammunition that led to Twyne’s arrest was the same ammunition issued by his employer. He also pointed to a New Jersey State Police website that says the polymer-tipped Hornady “Critical Duty” ammunition in question is “not considered to be hollow point ammunition” and not illegal to possess in the state—the website goes so far as to specifically name “Critical Duty” as an example of legal ammunition.

“It’s lawful,” Nappen told the Free Beacon. “It’s publicly announced as lawful because it is. It’s not hollow. It’s filled.”

Roselle Park police chief Daniel J. McCaffery did not return a request for comment. The Union County Prosecutor’s Office did not respond to questions about the charges against Twyne but did say his case will be heard next month in New Jersey Superior Court.

The charges against Twyne are representative of the difficulties of navigating New Jersey’s gun laws, which are among the strictest in the nation. They may also reveal issues in the police’s understanding of the state’s voluminous, complex gun restrictions. The case also shows how disruptive gun-related charges can be, even when the accused has a clean record and is not alleged to have done anything violent.

Twyne said he has not been able to work in nearly a month and his life has been turned upside down.

This story continues in the Washington Free Beacon.