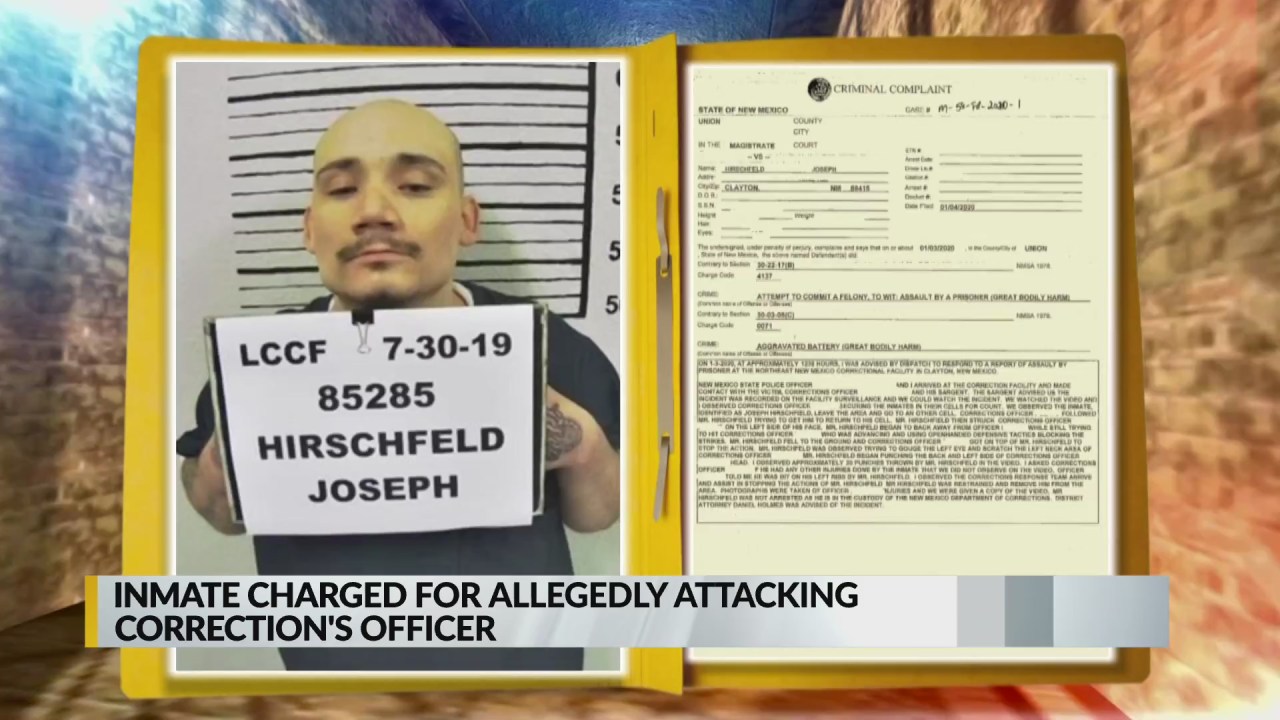 CLAYTON, N.M. (KRQE) – An inmate is racking up more charges after State Police say he attacked a corrections officer while in jail.

State Police say the guard at the northeast New Mexico correctional facility in Clayton was securing the inmates in their cells for count earlier this month when Joseph Hirschfeld left his cell.

When the officer tried to get him to return, Hirschfeld allegedly punched him in the head. A scuffle broke out before the corrections response team moved in.