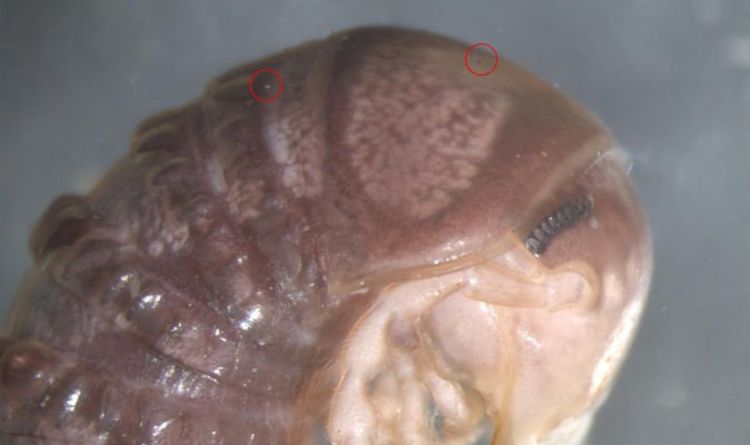 Dr Hennen also said on Twitter: “To everyone (including me!), it was as normal a millipede photo as you can get.

“But if you’re @SReboleira, you have AMAZING visions and a preternatural talent for spying tiny fungi. She saw something no one else did!”

Together with her colleague Henrik Enghoff, the scientists found examples of the same parasite on American millipedes in the museum’s collection.

The fungi have never been documented before, confirming the existence of a new species of so-called Laboulbeniales.

Laboulbeniales are a family of parasitic fungi known to attack millipedes and other critters.

Owing to its discovery on Twitter, the new species was named Troglomyces twitteri.