New Xbox One for Christmas? The BEST games and accessories... 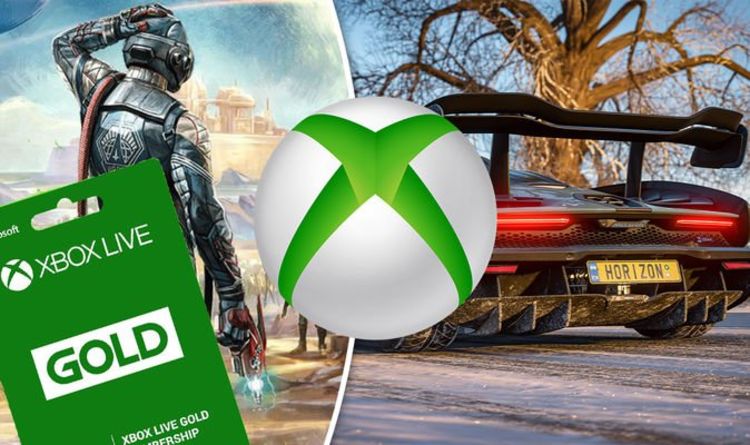 The Xbox One has undergone some serious changes from the console that launched back in 2013. The Xbox One S is an affordable, small console with 4K Blu-Ray playback and video streaming. The Xbox One X is more expensive, but offers the most powerful console in the world, easily playing games in 4K. If you’ve just got an Xbox One S or Xbox One X, here are some of our picks for the biggest and best games and must-have accessories on the system.

A remake of one of the original PlayStation’s best titles, this survival horror reimagines Racoon City and the zombies living there. Whether you’re playing as Leon or Claire, you’ll face unimaginable horrors as you fight to escape the city.

If you’re a fan of Dark Souls, Sekiro: Shadows Die Twice is worth jumping into. Coming from famed developers FromSoftware, Sekiro takes place in a magical version of 16th Century Japan where players quest for revenge. It’s tough but insanely rewarding.

Gaming’s bloodiest brawler returns, gorier than ever. Mortal Kombat 11 brings back most of the franchise’s iconic cast while adding some surprising newcomers in its DLC – including Spawn, Joker, and The Terminator.

Bethesda may have Fallout 76 trying to fly the flag for the ailing franchise, but Obsidian Entertainment have struck gold with this sci-fi adventure. Styled after single-player Fallout games like New Vegas, The Outer Worlds is available via Xbox Game Pass.

Monster Hunter World was already a huge game, but Iceborne builds on it in fantastic new ways. It adds a new rank of quest, a new area to explore, and of course, new monsters to hunt. You’ll struggle to find a more addictive action game.

Remedy Entertainment has quietly become one of the best developers for single-player third-person action games, and this year Control has been nominated for Game of the Year. This captivating tale of a paranormal outbreak features some fantastic psychic abilities to play with.

The best of the rest…

One of the best-selling games of all time, Grand Theft Auto just seems to get better year on year – largely thanks to an online mode than just keeps on growing and gaining new content.

Rockstar’s Wild West adventure provides a meaty, captivating campaign that perfectly sets up the events of the first game – as well as the life-absorbing Red Dead Online mode that lets players hunt bounties, make moonshine, or simply take in the wildlife.

A brave reimagining of the game that made Call of Duty a household name, 2019’s Modern Warfare is the best the series has been in years and its campaign offers one memorable mission after another.

An open-world racer set in the UK, Forza Horizon 4 is one of the Xbox One’s best-looking exclusives. Featuring plenty of cars and events, plus a dynamic weather system complimented by different seasons to race in, it’s a petrolhead’s dream.

EA Sports’ latest football feast, FIFA 20 offers the best on-pitch action that we’ve seen yet. Redesigned set-pieces, enhanced player intelligence, and an exciting street football mode are all well worth jumping into – and that’s not even mentioning the addictive Ultimate Team mode.