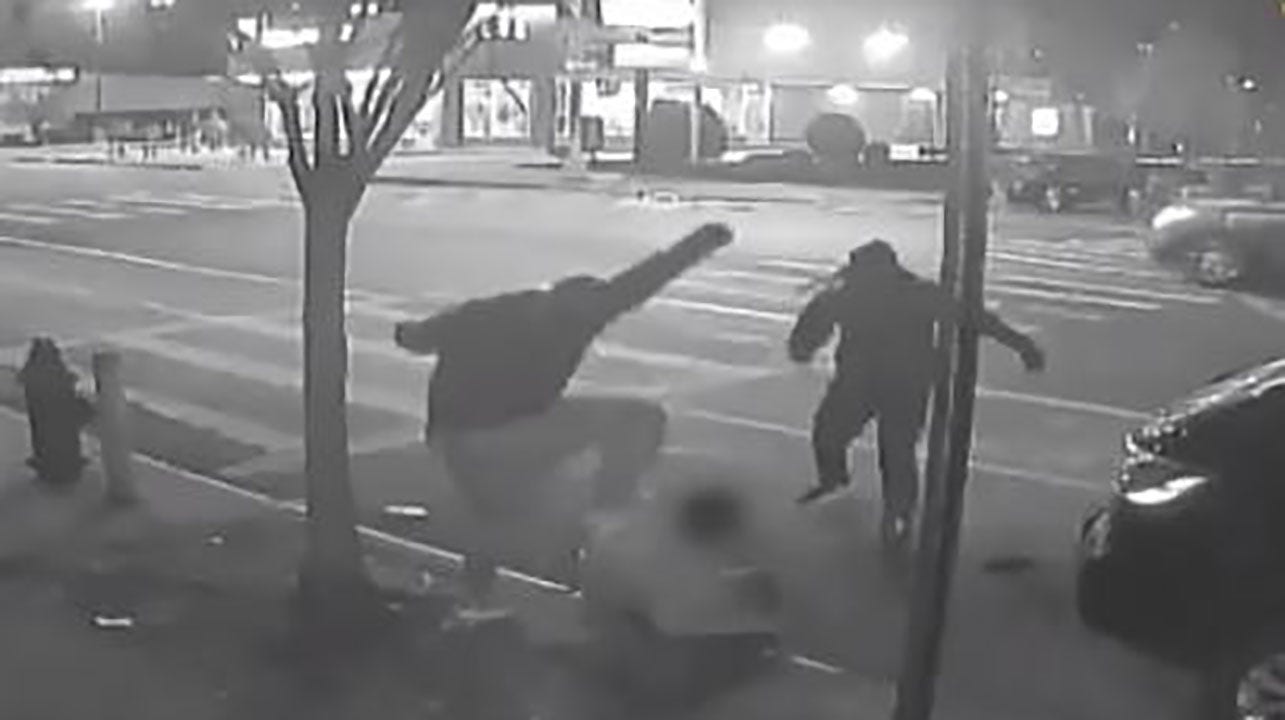 Six muggers punched, kicked and stomped on Juan Fresnada as he tried to keep his partner, Byron Caceres, 29, safe from the attackers who robbed him of $ 1, ABC News reported.

“My husband tried to defend me,” Caceres told The New York Post. “The guy had his fist ready like he was ready to attack me. My husband said, ‘Don’t you get close to him.’”

Caceres said Fresnada told him to run away.

“They were beating him for 10 or 15 minutes,” he said. “I went back and found him on the floor. He was breathing heavily and bleeding from his head.”

The beating was caught on surveillance video but no suspects have been arrested, ABC reported.

“He takes care of me,” Caceres said. “He’s very calm and I’m the one who is stressed all the time.”

He told The Daily News he didn’t think the attack was a hate crime.

The couple have been together since 2015, The Daily News reported.