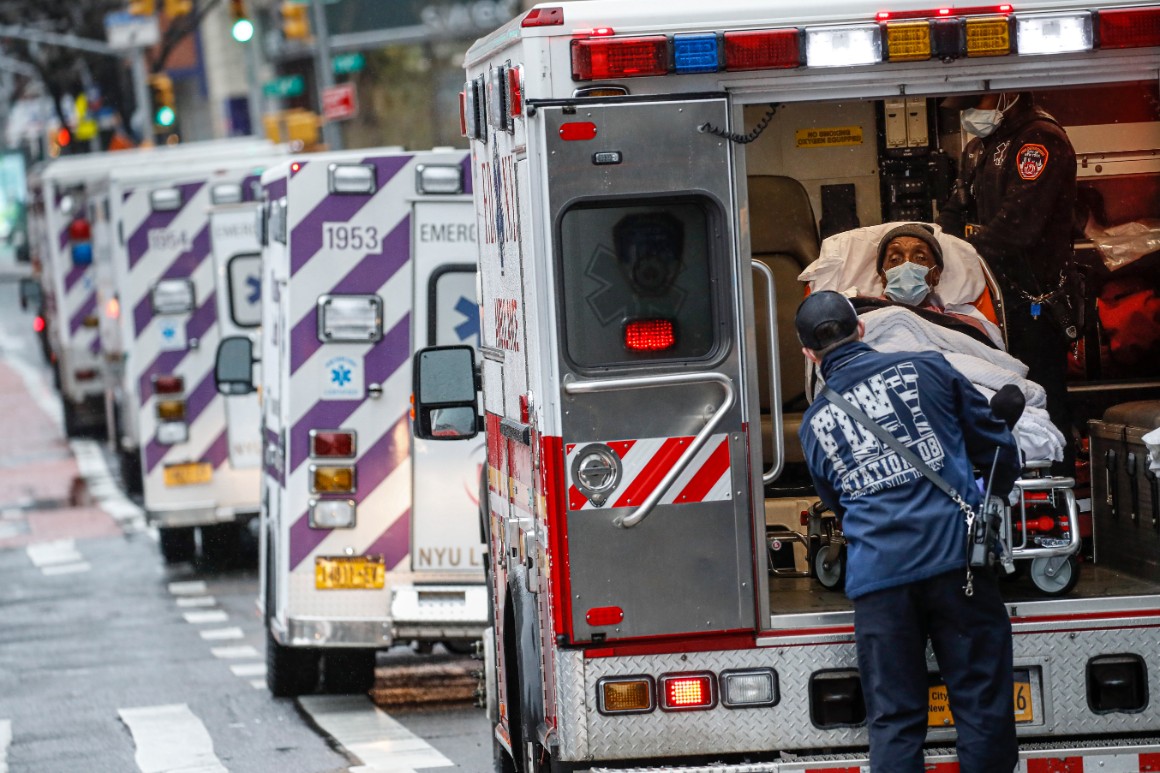 Although the hospitals will have access to a state-run portal for volunteer, retiree and out-of-state workers, Covid-19 has spread throughout the U.S. nearly eliminating the availability of reinforcements.

Instead, hospitals are planning to shift workers from different units to manage a potential new influx.

Medical staff on the front-lines told POLITICO the trauma they experienced then has exacerbated mental health issues like depression and anxiety, and they feel disillusioned with their institutions.

Maimonides, Mount Sinai, Northwell and NYU Langone Health said they did not report significant attrition following the height of the pandemic — Medical Society of the State of New York confirmed clinicians have not left their institutions en masse — but anecdotally, medical workers who spoke to POLITICO said the trauma has caused coworkers to leave.

“We had a lot of nurses who left or changed jobs. Some nursing staff felt like they were left on their own,” said one ICU nurse at Mount Sinai who asked for anonymity over fear of retaliation. “It’s bad. They won’t talk about it,”

NewYork-Presbyterian, which declined an interview request for this story and previously threatened employees about speaking to reporters during the pandemic, made “distressing decisions” leading up to the first wave of Covid-19 patients, workers told POLITICO.

“We had ample time to at least initiate some normal practices of quarantining and disease sequestration,” said one medical worker who asked to remain anonymous for fear of retribution. “When a hurricane comes, you put up plywood, you get ready for it.”

The continued lack of understanding or definitive treatment around Covid-19 is contributing to the anxiety of doctors and nurses.

At least one of NewYork-Presbyterian’s 13 facilities within the health system had garbage piling up due to efforts at keeping ancillary staff out of the hospitals to avoid exposure, and executives tasked doctors to get rid of it.

“I remember walking by there and helping two of my junior residents take down four-foot high worth of biological waste,” one medical professional said. “From a mental standpoint, you’re exhausted anyway. To basically take away garbage … I was so distraught over that. It wasn’t mentioned in leadership meetings.”

Meanwhile, some hospital executives were monitoring the facilities via videoconferencing, the same medical professional said.

“This is their method for leadership to see what is done,” they said. “To me that’s disgraceful.”

In a statement, NewYork-Presbyterian did not specifically address the allegation.

“Our mission is to save lives, while also protecting the privacy, security and dignity of our patients,” the system said in a statement. “Our heroic health care workers have been on the front lines of this battle, and they have navigated unprecedented challenges under enormous pressure. We are constantly working to give them the support and resources they need to fight for every patient’s life.”

With the hospitals on standby, public health experts are looking at the next challenges: whether people can be reinfected, how school reopenings could throw a wrench in transmission rates and if the new normal translates to the colder months, when flu season ramps up in January.

Adequate testing will be required to separate patients based on Covid-19 status or flu status, viruses that present similarly and may not be distinguishable without a test. It also leads clinicians to wonder if patients can have both the flu and Covid-19 simultaneously, answers that scientists have yet to find.

“I’m hoping this is more like a forest fire. When the fire burns through, it burns through. There’s some embers, but that’s it,” said Art Fougner, an OB-GYN at Northwell Health and former president of the Medical Society of the State of New York. “New York got hit so hard. You would think with people out there sunbathing and all the protests, you would think there would be a flood on the hospitals. I’ve got my fingers crossed that we may be pleasantly surprised.”