New York rabbi whose home was scene of machete attack speaks out: ‘We will forge forward in faith’ 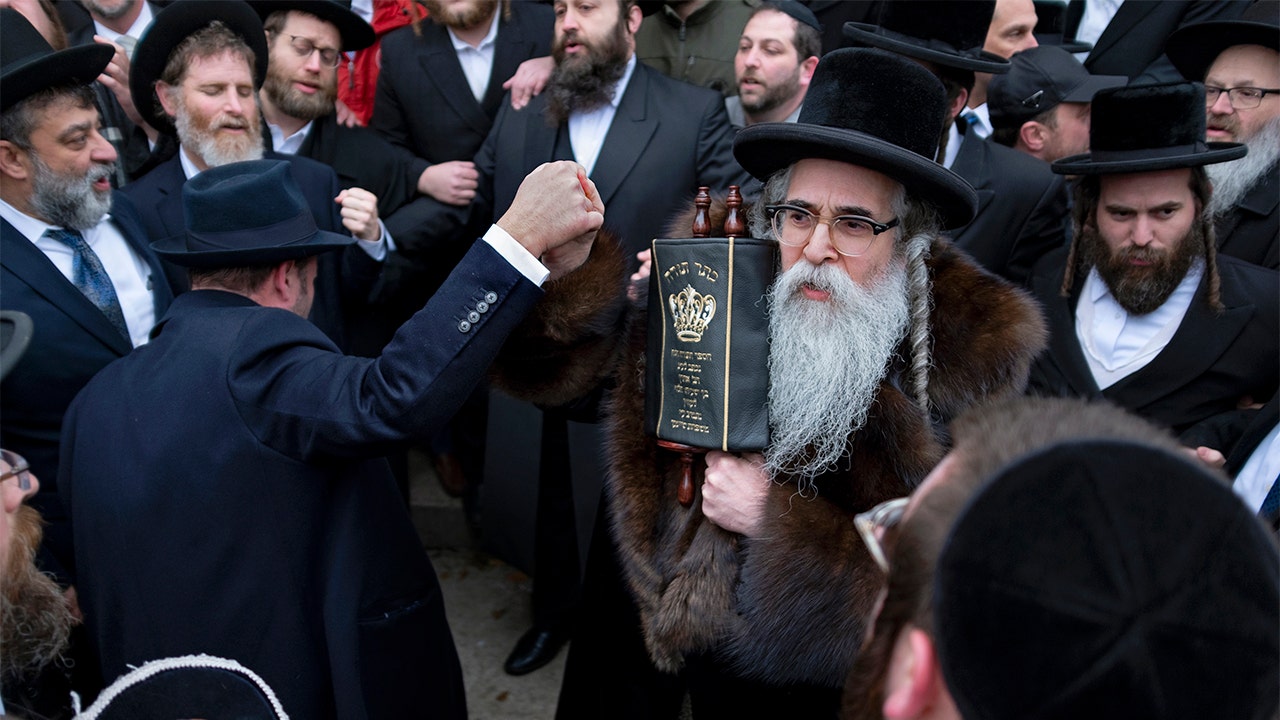 Rabbi Chaim Rottenberg, whose home was invaded Saturday night in a horrifying attack labeled an anti-Semitic act of “domestic terrorism,” released a powerful statement Sunday writing that the Jewish people will “forge forward in faith” following a week of anti-Semitic attacks marking a disturbing sign of anti-Semitism on the rise, investigators said.

“First and foremost, we would like to publicly proclaim our thanks to the One Above who performed a modern-day Chanukah miracle,” the statement read.

“Last night’s brutal attack sent shock waves through our community and around the world; yet, with God’s help, the casualties were less extensive than what might have been. Our hearts and prayers are will all those who were injured, especially the elderly congregant who remains in critical condition at this time.”

Police have identified the man accused of entering Rottenberg’s Monsey, New York, home during a Hanukkah celebration and stabbing five Hasidic Jews with a machete, as Grafton E. Thomas, 37, of Greenwood Lake, N.Y.

One person was very seriously wounded and remained in critical condition. The rabbi’s son also was injured; his status and those of the other victims were not clear.

In his first public statement since the attack, Rottenberg expressed his gratitude to the first responders on the scene, crediting their “quick actions” for saving lives and “capturing the evil perpetrator.”

“We would like to extend our deepest appreciation to the myriad emergency response crews, police and official dignitaries, including local, state and federal officials who sprang into action with impressive readiness, professionalism, and concern,” he wrote in the statement released on Twitter. “Your quick actions saved lives and led to the capture of the evil perpetrator.”

The rabbi also thanked Gov. Andrew Cuomo, who called the attack an act of “terrorism” and challenged his state to fight the rise of anti-Semitism and hate.

Cuomo also referred to the hatred on display the night before as “an American cancer in the body politic.”

“This is intolerance meets ignorance meets illegality,” he said, adding: “This is an intolerant time in this country. We see anger. We see hatred exploding.” Cuomo said that in the new year, he will propose measures to punish perpetrators of acts like these as terrorists.

Rottenberg thanked Cuomo for making the “vital public statement that action against hatred will be swift,” and reiterated his message that “Jews around New York and the world stand united as one.”

Immediately following the attack, Rottenberg and his followers gathered at the adjacent synagogue, which the rabbi led, and sang together in prayer celebrating the seventh night of Hannukah.

“The grace of God did not end and his mercy did not leave us,” they sang, according to a translation of their song posted online.

“With singing and dancing, the Rabbi and his congregants declared their gratitude and exemplified the message of ‘we will persevere,'” Naftali Silberberg, a secretary for Congregation Netzach Yisroel, wrote in the statement.

Rottenberg added that his community would take the necessary safety precautions moving forward, such as locking synagogue and school doors while in session — but that they will “forge forward in faith and thanks that we continue to live under G-d’s ultimate protection.”

New York state Assemblyman Dov Hikind said Sunday that the attack was a symptom of a much larger concern of rampant anti-Semitism, after nearly a dozen beatings of Jewish people in the streets of New York City this week and a massacre at a kosher grocery store in Jersey City, N.J., that left several dead earlier this month.

“Anti-Semitism is out of control,” Hikind told “America’s News HQ.”

The suspect pleaded not guilty to five counts of attempted murder and one count of burglary.