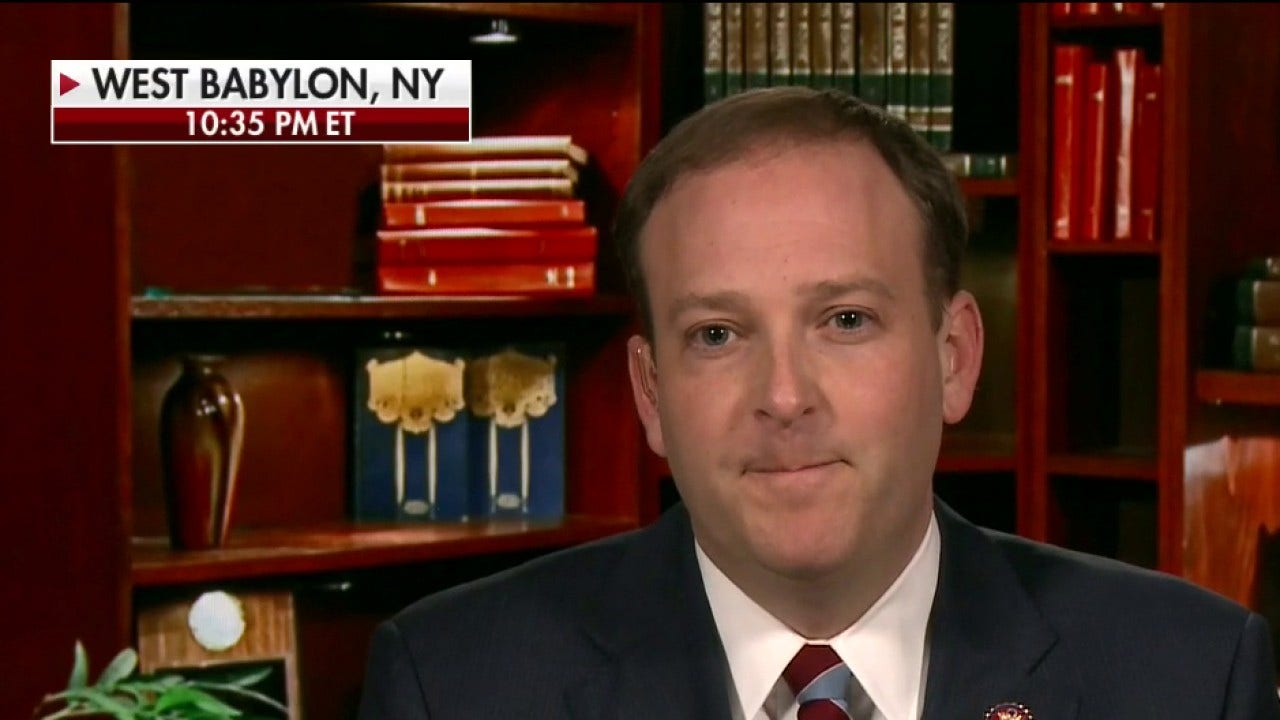 Get all the latest news on coronavirus and more delivered daily to your inbox. Sign up here.

The nation’s finances were already in rough shape before the outbreak struck, U.S. Rep. Lee Zeldin, from Suffolk County outside New York City, noted during an appearance on Fox News’ “The Ingraham Angle.”

“Our debt going into this whole pandemic was already well north of 22, 23 trillion dollars,” Zeldin said, “so as far as where it comes from, we are not necessarily flush with cash going into this outbreak.

“For myself and for many of my colleagues,” he added, “our focus was on small businesses, on workers, on hospitals, state and local governments.

“I happen to represent a district in the middle of this outbreak — in New York. I’m on Long Island,” he continued, speaking from the town of West Babylon. “Unfortunately, the other side of the aisle, I have colleagues looking at this as an opportunity to push liberal, fantasy wish-list items totally unrelated to coronavirus.”

Host Laura Ingraham catalogued some of the more egregious examples of the Democrats’ excessive demands, including a complaint from Rep. Maxine Waters, D-Calif.

“H.R. 748 does not prohibit negative credit reporting during the crisis, forgive student loan debt, suspend consumer credit payments, among other concerns,” she said, adding that she hoped to see those provisions in a “next phase” aid bill.

Rep. Jan Schakowsky, D-Ill., voiced concern that assistance for Planned Parenthood was not included in the bill.

“I am deeply disturbed that my Republican colleagues are trying to exclude local Planned Parenthood clinics from the small business financing,” Schakowsky said.

Ingraham remarked that Democrats “always go” to the abortion issue no matter the discussion at hand.

Zeldin said the bill should have focused exclusively on coronvirus-related provisions and aid for hard-hit regions like the New York City metro area.

Ingraham added that she was thankful Democrats were unable to get a “ballot harvesting” measure into the bill, which she said would have had an adverse effect on the security of the 2020 presidential election.

DeChambeau quickly proved his detractors wrong with a solid opening round of 69, followed by a two-under par round on Friday. While everyone else up...
Read more