Newt Gingrich: What do Iowa and New Hampshire votes tell us about Democratic presidential nomination fight? 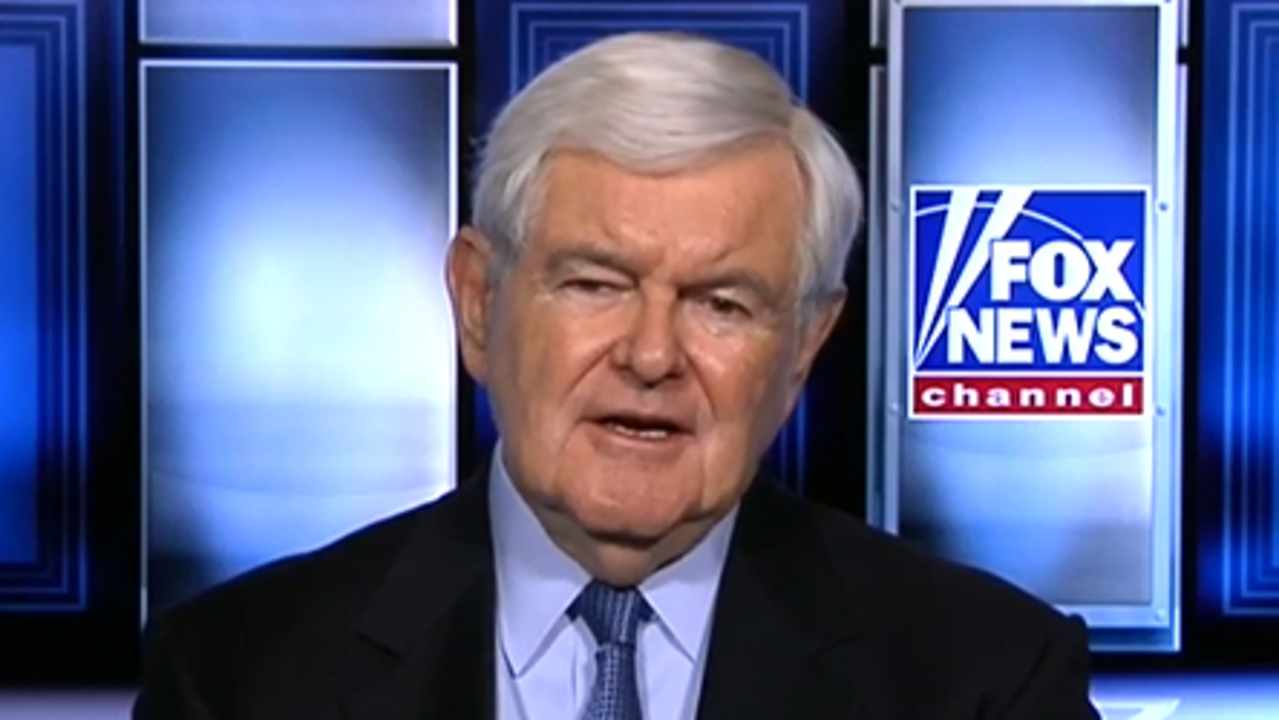 The Iowa and New Hampshire results have begun to clarify the choices Democratic voters will have in picking their candidate to face President Trump in November.

The grueling process of the last year has already eliminated several interesting and attractive candidates, including senators from New York, New Jersey and California. The primary race is an endurance contest — like a marathon made up of a series of 100-meter dashes.

The biggest loser so far is not one of the younger senators who couldn’t break into the final circle.

WHO’S DROPPED OUT OF THE 2020 PRESIDENTIAL RACE?

The biggest loser has been former Vice President Joe Biden. As in his first two runs for the presidency (both of which he ended early), Biden once again proved he is not an effective campaigner.

The skills that worked in a small state with limited competition such as Delaware simply were not adequate for the harsh glare of the national media, the attacks from his opponents, and the tough questioning by voters.

When he called a woman “a lying, dog-faced pony soldier” for challenging him on his performance in Iowa, it felt like he was genuinely unraveling from the pressure, exhaustion and frustration.

A weak showing in Iowa became a disaster in New Hampshire. You can’t come in fifth and claim to be the front-runner. And if Biden isn’t the front-runner, he has no explanation for his candidacy.

Everyone has talked about South Carolina as “Biden’s firewall,” but in modern presidential campaigns, firewalls disappear if the candidate can’t win. Rudy Giuliani kept looking for a firewall in 2016 until it was obvious he simply was not going to be competitive as a presidential candidate.

The polls in South Carolina already show substantial slippage for Biden. If the intervening Nevada caucus becomes yet another defeat (and the evidence so far leans toward Sen. Bernie Sanders, I-Vt., former South Bend, Ind., Mayor Pete Buttigieg, and maybe Sen. Elizabeth Warren, D-Mass., having an advantage over Biden) then the South Carolina firewall will go up in smoke.

After South Carolina, the race turns to Super Tuesday – when the nation’s two largest states, and a number of others, are in play. California and Texas are so big and expensive that it is hard to imagine Biden, Sen. Amy Klobuchar, D-Minn., or Buttigieg having the resources to compete. They would have to pick states, such as Alabama, Arkansas, or Oklahoma and focus their time and money hoping to get some delegates and move toward an open convention.

However, according to an ominous report, former New York City Mayor Mike Bloomberg placed first in a poll in Arkansas. No one has yet assessed the sheer amount of money he is spending. He may spend more on Facebook than Klobuchar will spend on her entire campaign. His huge, paid staff (already more than 2,100 people) is creating a new Bloomberg party which is run along the kind of tight management he used to make his billions.

Second only to Biden, Warren took a real hit in New Hampshire. After all, much of New Hampshire gets its news from the media in Massachusetts to the south. She is literally the girl next door (just as Sanders is the boy next door from the west side of New Hampshire). After a weak showing in Iowa, coming in behind Klobuchar in the state next door was a potentially mortal blow to Warren’s campaign.

Klobuchar had a good evening in Iowa – and an even better evening in New Hampshire. Getting into third place was a major achievement. Her debate performances and basic stump speech have worked to attract a lot of support. However, she doesn’t have much of a presence in Nevada or South Carolina – and she doesn’t have the money to really compete on Super Tuesday. The Minnesota caucuses may give her a solid win on Super Tuesday. Although, with Bloomberg’s ads and staff, she cannot take it for granted. If she can find two or three other states to do well in – on a selective basis – she might come out of Super Tuesday as a viable candidate.

Buttigieg had great nights in Iowa and New Hampshire. From mayor of South Bend to co-leader of the Democratic race for president is the biggest jump any of the candidates have made in the last year. He may have a big enough donor base to continue to compete everywhere, but he will risk being overshadowed by Bloomberg and Sanders – each of whom has significantly more resources than he has.

Buttigieg is helped by good looks, an attractive personality, and a good delivery – both on the debate stage and in local meetings. However, he runs a real danger of becoming the new Beto O’Rourke. Just in the last week, he told a pro-life Democrat there was no room in the party for anyone who is not pro-abortion. Then, he explained that he favors legalizing heroin. As he gets more and more scrutiny (inevitable as he emerges as a serious national candidate) there will be more opportunities for him to make these kinds of mistakes.

There is also the independent socialist from Vermont.

Sanders profits from a genuine, deep commitment to a true faith – which he has been articulating his entire life. Ironically, he will not get the anti-Clinton vote, which swelled his totals in 2016. However, this time, he does have much more name recognition, many more passionate supporters, and much more money than he had in 2016.

Sanders will remain formidable all the way to the convention, where he will either be nominated or chaos will reign (see Theodore White’s two books on the 1968 and 1972 presidential elections to see how much damage Democrats can do to themselves with badly run conventions).

Finally, there is billionaire Bloomberg. Bloomberg’s problem was made vivid last week as his past comments about stop-and-frisk policing in black neighborhoods received widespread condemnation.

The massive, well-executed Bloomberg ad campaign may crash and burn on the reality of the true Bloomberg. As an old adage goes, the ads failed because they worked. A good ad campaign kills a bad product fast – because it gets more people to try it.

Bloomberg may have a clever “buy the White House” idea. But it may be that the country gets “vaccinated” by Bloomberg, and the billions he spends will not be able to move people once their minds have been made up.

I’m going to speak more about the Democratic primary elections in the next episode of my “Newt’s World” podcast on Sunday.

Now, on to Nevada, South Carolina and Super Tuesday.