Next round of small business relief may come with fewer... 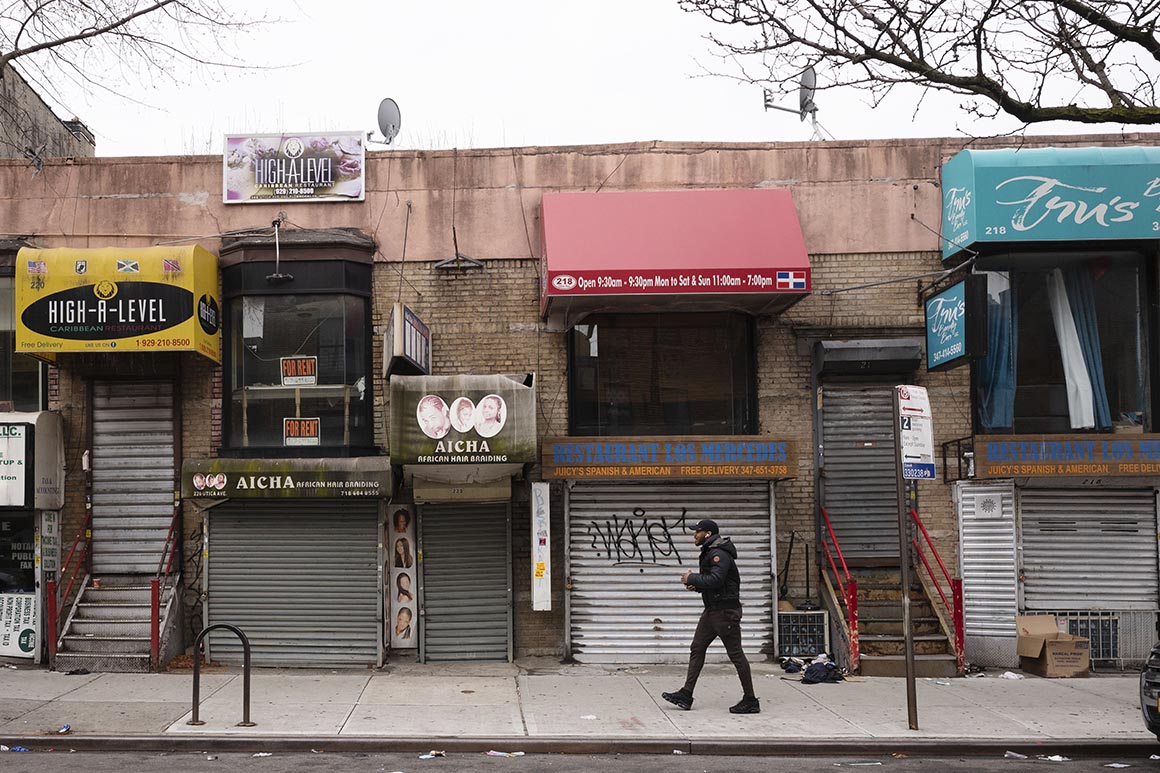 Congress rushed to get hundreds of billions of dollars out the door to help small businesses amid a collapsing economy. Now lawmakers are preparing to fix the glitches in the next round.

Banks have agreed to lend out more than $ 500 billion of the $ 670 billion allocated in the first phases of the small business aid package, known as the Paycheck Protection Program. But many employers are still complaining that the program’s hastily written rules are too stringent to help them stay afloat through the pandemic and keep their workers on the payroll.

So a bipartisan group of lawmakers is plotting big changes as they prepare to consider another round of funding. Among the key proposals being considered in the House and Senate: lengthening the time that small businesses can spend the money; allowing them to use less of the aid on trying to retain employees and more for expenses like rent; and expanding the relief to larger companies.

The program, which offers government-backed, low-interest loans that can be forgiven if employers maintain their payrolls, is expected to exhaust its current $ 320 billion round of funding in the coming days. As of Friday, the Small Business Administration — the agency implementing the effort — had approved 2.2 million loans for a total of $ 175.7 billion.

But more pressingly, policymakers are considering whether to change the structure of the program to resolve complaints that the terms for converting the government-backed loans into grants are too restrictive and out of touch with the realities of operating businesses in a lockdown.

Restaurants and other businesses are increasingly warning that the requirement to use the money within eight weeks after receiving the loan is impractical and that the mandate to spend at least 75 percent on payroll is too high a hurdle — especially when Congress made unemployment benefits more appealing to many workers.

"It really is important that we simply don’t go through the motions of reauthorizing a few hundred billion dollars for PPP without making changes that are essential for the businesses that have gotten hurt the most," Sen. Michael Bennet (D-Colo.) said in an interview.

The potential retooling of the Paycheck Protection Program comes after more than 3.8 million loans were approved despite a chaotic rollout that was beset by unclear, ever-changing Trump administration guidelines and technical problems that delayed the process. 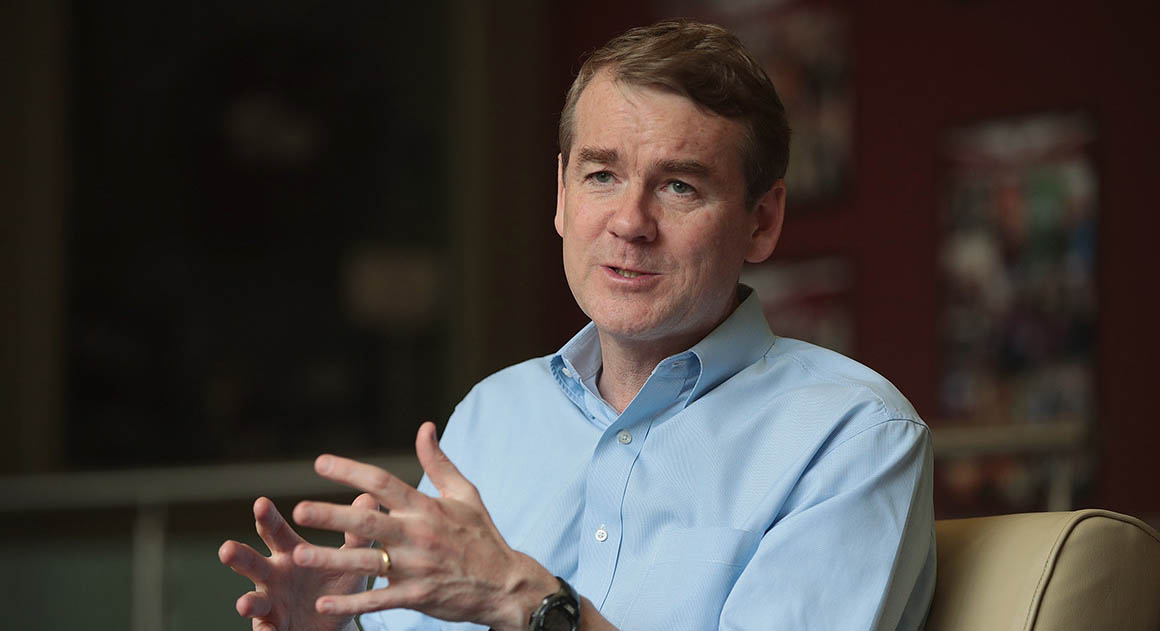 Now that businesses have received the funds from lenders, many are questioning how to use the money in a way that satisfies forgiveness rules. There are also lingering concerns about whether the loans reached businesses that really needed them, after it was revealed that several large, publicly traded companies including Shake Shack and Ruth’s Hospitality Group were among the first to secure the money. Many of the companies decided to return the loans amid a public backlash and pressure from Washington.

There is bipartisan support for funding the program, which has seen massive demand since its April 3 launch. The effort exhausted an initial $ 350 billion of funding on April 16. Congress then approved another $ 320 billion, which allowed the SBA to resume approving applications on April 27.

Senate Small Business Chairman Marco Rubio (R-Fla.), a key player in the legislation, said Monday that there might be a need for additional funding. Yet Senate Minority Leader Mitch McConnell has recently raised concerns about deficit spending. The last funding bill was a two-week slog for congressional leaders to negotiate.

"The key is to figure out who’s not getting the loan," Rubio said in a video posted on Twitter. "The answer to that question will determine what the scope for a Round 3 would look like."

But beyond the funding question, it’s looking increasingly likely that lawmakers will try to revamp the program for businesses that have already received loans and for those that try to seek the aid in the future.

Among the ideas under consideration is a proposal from Bennet and Sen. Todd Young (R-Ind.) that would give businesses twice the amount of time to spend the loan money — 16 weeks instead of eight — if they can show they suffered a 25 percent revenue loss during the period they’re supposed to spend Paycheck Protection Program funds.

They’re also proposing a whole new program that would expand the availability of government-backed loans to mid-size firms with up to 5,000 employees — up from 500 under current rules — while making the terms more flexible and linking the level of loan forgiveness to revenue declines.

“The Paycheck Protection Program is working for many small businesses, but we know more needs to be done," Young said. His bill with Bennet would "go a step further by helping to provide longer-term loans to businesses and non-profits that are experiencing economic hardship due to the coronavirus pandemic."

But the most urgent problem for all businesses contemplating how to have their loans forgiven is the lack of detailed guidelines from the SBA and the Treasury Department on what to do next. The administration has yet to release comprehensive steps on how businesses should complete the process in the coming weeks.

It’s a huge concern because the forgiveness aspect of the loans — a measure that turns them into grants in practice — was one of the key selling points in convincing businesses to take on the debt in exchange for keeping workers on their payroll.

Lenders that were responsible for distributing the wave of loans are also desperate for more information on how forgiveness will work because they will once again serve as the go-between for businesses and the SBA.

"The forgiveness process is sure to be even more burdensome," Consumer Bankers Association general counsel David Pommerehn said. "There’s no process that exists at this point that would make that easier. There’s no automation process. There’s no guidance out there."

Lawmakers from both parties are demanding that the SBA and Treasury issue guidance as soon as possible. In a letter Friday to SBA Administrator Jovita Carranza and Treasury Secretary Steven Mnuchin, Sens. Doug Jones (D-Ala.) and Tim Scott (R-S.C.) said the terms for forgiveness "were and continue to be ambiguous."

"No concrete information has been given to either lenders or small business owners about how they should go about getting their loans forgiven," they said. "Conflicting information at a time of uncertainty can be harmful to the significant and successful goal of the Paycheck Protection Program."

But even the minimal guidelines released by the SBA and Treasury have made many businesses uneasy.

Though the intent of the program was to make sure workers were paid and attached to their jobs — hence "Paycheck Protection" — some business owners say they need more flexibility in how they can spend the money.

Several business groups are urging Congress and the Trump administration to ease the loan forgiveness requirements. They include the National Federation of Independent Business, the National Restaurant Association, the Independent Restaurant Coalition and the American Institute of CPAs.

New advocacy groups are forming just to lobby on Paycheck Protection Program loan forgiveness issues, such as the Eastern States Hospitality Coalition, which says it represents nearly 1,000 full-service restaurants, hotels and suppliers from Maine to Florida.

"Just allow these funds to be used for the purposes that these businesspeople know they can use them for — to keep their businesses alive and available to hire people when it makes sense to hire people and to not keep digging a hole," said Bob Garner, co-founder and COO of Glory Days Inc., which operates a regional restaurant chain with 37 locations.

The SBA on Sunday said businesses won’t be penalized if a laid-off employee declines to return to work. But Treasury’s Mnuchin is refusing to relax key forgiveness requirements on his own, even ones that were drafted by his department and the SBA. In a Fox Business interview Monday, he said the forgiveness rules reflected the desires of Congress and that they have "the right intent to get the money to employees." He encouraged businesses to apply for the SBA’s Economic Injury Disaster Loan, another program to help small companies survive the pandemic fallout, if they need more money for costs beyond payroll.

But lawmakers say Mnuchin is wrong — and they aren’t taking no for an answer.

"His view is he just doesn’t want to reopen this discussion," Sen. Chris Van Hollen (D-Md.), who has pressed Mnuchin to be more flexible with nonpayroll spending, said in an interview. "He thinks it will open up the discussion to other changes. But my view is the regulations were imposed unilaterally. They’re not required by the underlying legislation."

In the House, Rep. Brad Wenstrup (R-Ohio) is gathering signatures for letters to congressional leadership and the administration with requests to relax some loan requirements, including lengthening the forgiveness period and allowing businesses to use more of the loan to pay rent and suppliers. Wenstrup decided to seek changes to the rules after hearing concerns from the restaurant industry, which will be operating at a diminished capacity even as the economy begins to reopen.

Rep. Jimmy Panetta (D-Calif.) is leading work on a bill that would clarify and ease rules on loan forgiveness and payroll requirements. He said in a statement that it would ensure that "businesses can take these loans and rehire employees without worrying about losing all forgiveness."

"I don’t think you can ignore the owners," said Rep. Don Beyer (D-Va.), who is working on the legislation with Panetta. "The whole idea was you want to keep the businesses together, so when this is over the employees have a place to come back to."