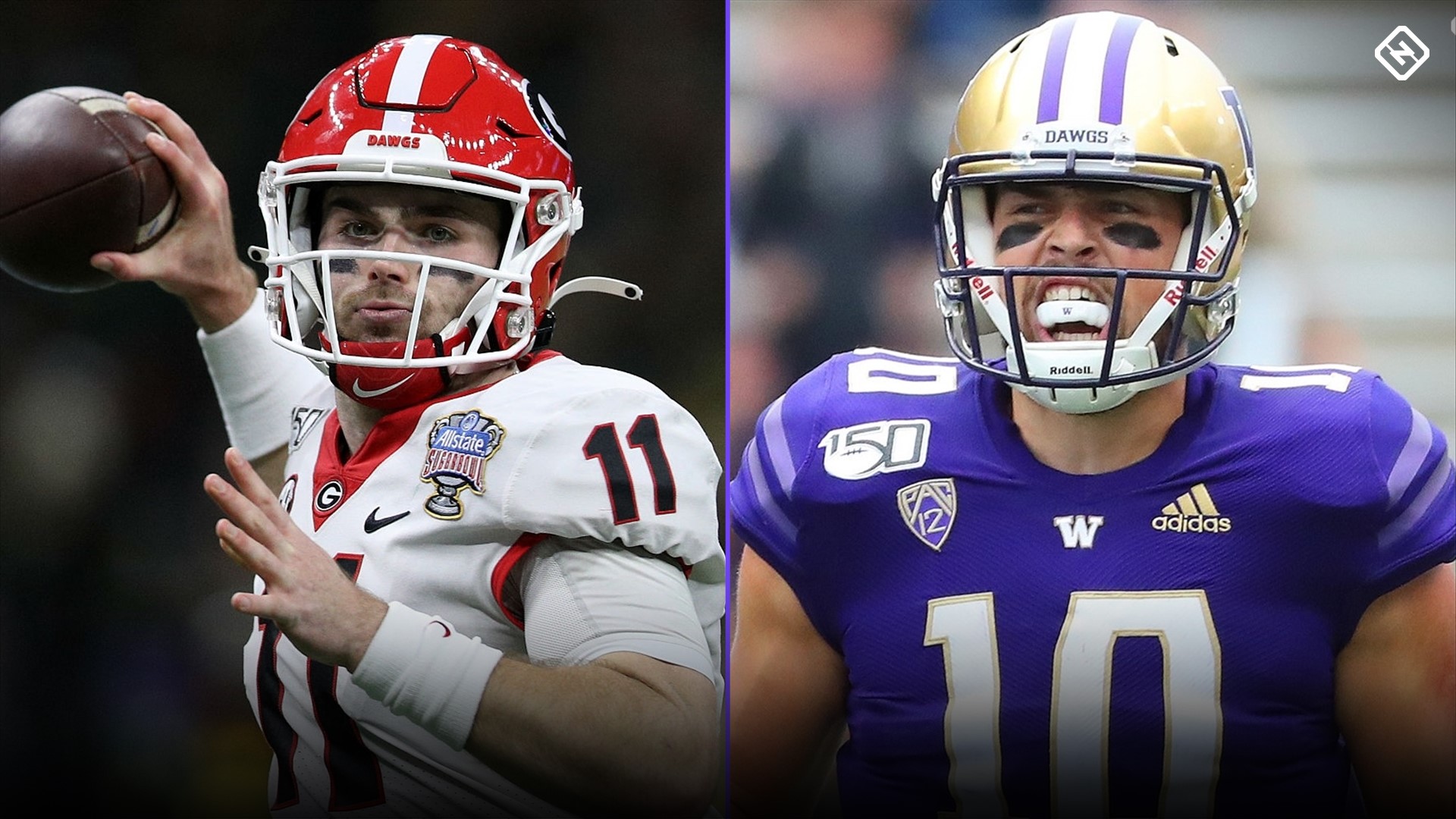 The 2020 NFL Draft has put Rounds 2 and 3 in the books, leaving a handful of talented players still available on the big board. With 106 picks down and 149 to go, these prospects, while disappointed about the results of the first three rounds, should be picked soon.

Big names like quarterbacks Jacob Eason (Washington) and Jake Fromm (Gerogia) are still available as Rounds 4-7 of the draft go down starting Saturday at noon ET.

Using our big board of the top 100 players in the 2020 NFL Draft as the pool, below is the list of the best players still available on Day 3.

Weaver is a high-energy pass rusher with some untapped upside as he makes the jump. He was an absolute beast on the blue turf with 13.5 sacks in 14 games during his final college season.

Biadasz is straight out of the Badgers’ fine interior blocking tradition (Travis Frederick, Kevin Zeitler). His strength is converting his frame into pure power for the downhill running game.

Eason has a strong arm made to deliver impressive deep balls, which makes him a great fit for a vertical passing game that plays off the power running game with play-action shots. He needs to be more consistent and efficient to hold a starting job in the NFL.

Hall is on track to be fully healthy after coming off season-ending left ankle surgery. He is a promising, nice-sized corner made to be solid on the perimeter for several seasons.

Anae is a relentless pass-rusher who never gives up on a chance to get to the quarterback. His limitations in technique and agility make him a good fit as a 4-3 end.

Bryant is a dynamic athlete who can get down the seam and cause coverage problems because of his good hands, toughness and quickness finishing routes. He won’t provide much early in his NFL career in the way of inline blocking, an area that remains a work in progress.

Wanogho is a raw prospect who needs work on his technique and footwork to maximize his natural, fluid athleticism. With a little more development and hard work, he has a high ceiling because of his rare physical skills.

Hopkins fits the profile of a “move” tight end in the NFL. He is an elite athlete who can get open running every kind of route and is a mismatch when working the deep middle of the field. Whoever takes him, however, must accept he might never be a significant asset as a blocker.

Johnson is a physical receiver who positions his body to impose his will on the end of routes. He fights hard for the ball and looks the part of a tough possession and red-zone target.

Kindley worked with Thomas to blast defensive linemen and pave the way for Georgia’s running game. He has the skills to develop into a nimble interior pass-blocker in the NFL.

Fromm’s best attributes — his smarts, leadership qualities and decision-making skills — come from his experience. Where he falls short is his lack of an elite arm or other outstanding physical attributes.

Bryant has natural athleticism and intelligence built for New England’s passing game and has the toughness and willingness to grow into a plus run blocker.

Muti has had some injury issues and needs to improve his technique with both his hands and feet. On the surface, however, he has the frame, upper-body strength and power to smash NFL foes as an interior run-blocker.

Hill is a good route-runner with reliable hands, a technically sound receiver best suited to play from the slot when a scheme can give him some space inside.

Driscoll is being appreciated more for his smarts, athleticism and technical skills to the point where more teams are OK with him needing to bulk up and get stronger to become a steady outside force.

File Jennings under the “big slot” possession type. He won’t be a game-breaker in the NFL, but he could become a reliable third, inside target for a long time.

Pride showed off his athleticism and speed at the Combine to get into Day 3 consideration. He needs to become more refined and aggressive with his coverage skills to get the most out of those agility traits.

Simpson stands out because of his strong, sturdy frame, which makes him a natural asset as a power run-blocker. His underrated mobility and technique suggest he can be effective inside in a zone-blocking scheme.

Hightower is a classic size-speed prospect with pure field-stretching skills. He needs to get more polished with his hands, routes and toughness to keep those big plays coming consistently in the NFL.

Bartch, who stood out at the Combine, has natural smarts and athleticism. He has shown more power and refined technique to raise his stock through the entire pre-draft evaluation process.

Dye is a little undersized but he’s a smart, instinctive and active defender. His biggest NFL appeal is his potential in coverage.

Holmes’ best traits are his toughness and quickness for his size. Although he lacks the top-end speed and coverage skills to play outside, he can have a long, solid career as a nickel corner against slot receivers on short-to-intermediate routes.