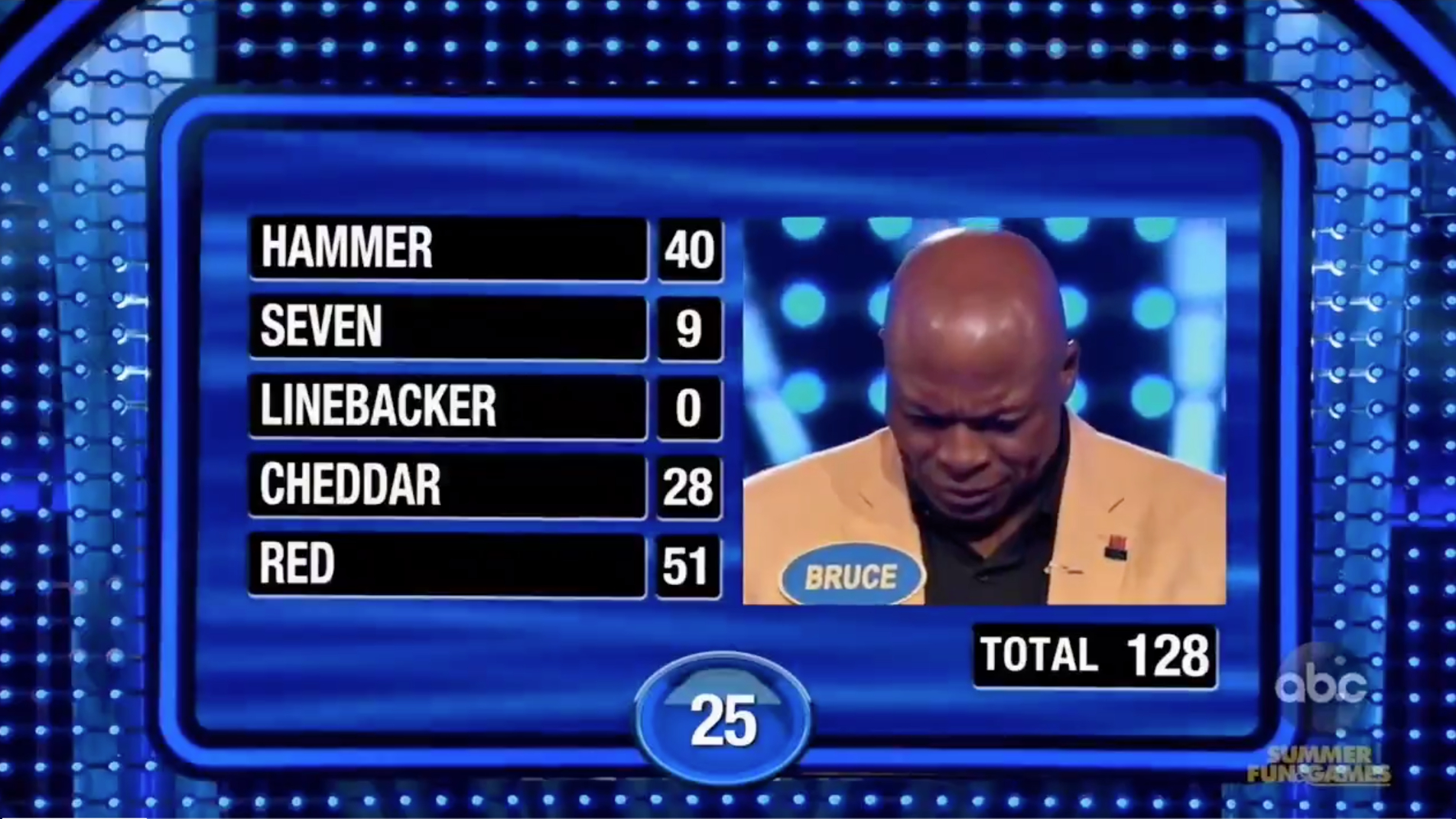 Hall of Fame NFL pass rusher Bruce Smith panicked during the “Fast Money” lightning round of his “Family Feud” appearance, which aired this weekend, and blurted out a comedic response.

Needing to come up with a theoretical tool Captain Hook would use in place of his hook, Smith first said hammer, which was a repeat answer. Then, he shrugged and said “penis.”

After a moment to process, host Steve Harvey asked the crowd, “What the f— did he just say?”

Teammate and fellow NFL great Michael Irvin was among the contestants left gasping for air by the moment.

Smith isn’t used to costing a team games: He recorded 200 sacks in his 19-year career. This, however, was one sack too far.