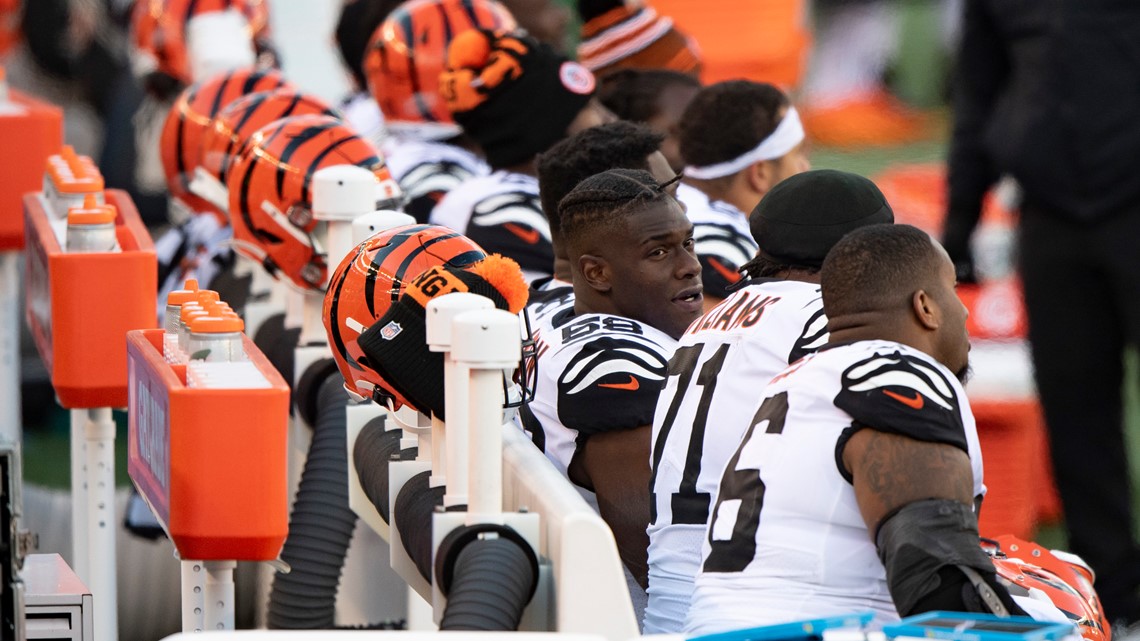 The league is also expanding the bench area to help with more social distancing on the sideline.

The NFL is expanding the sideline area to give teams more space to distance and mask usage is now mandatory before and after games and at halftime.

The updates to the COVID-19 protocols were sent to clubs in a memo on Tuesday, a day after the league learned two players who played in games Sunday tested positive.

The league also is strongly encouraging players to wear masks whenever they come off the field and teams in intensive protocol are prohibited from holding in-person coaching and personnel meetings.

“What we are trying to convey is masks can prevent you from becoming a high-risk contact, which is our goal, so it’s in everybody’s best interest to wear a mask for their protection and again to reduce exposure,” NFL chief medical officer Dr. Allen Sills said on a conference call. “We believe that the mask use whether it’s in the locker room, on the sideline, it just reduces your chance of becoming a high-risk contact should someone turn positive.”

Ravens All-Pro cornerback Marlon Humphrey has confirmed he was one of the positive cases who played Sunday. Results from pre-game tests aren’t immediately available. Sills said if the league learns someone is positive during a game that person would be removed from the game or sideline. Sills said six players on the Ravens were already identified as high-risk, close contacts and will be isolated from team facilities for five days.

The Green Bay Packers placed running back AJ Dillon on the COVID-19 reserve list Monday after he tested positive and added running back Jamaal Williams and linebacker Kamal Martin to the list as high-risk, close contacts on Tuesday.

“We’re trying to double down on high-risk, close contacts during game day so we’re asking our clubs to have their players wear masks on the sideline, in the locker room and we’re mandating it for the post-game interactions that might occur between teams because we think these are all vulnerable areas where we see contact occurring that could be high-risk contact,” Sills said.

“So our memo to the club illustrates that point. It also talks about the critical importance of avoiding in-person meetings for coaching staffs when they’re in this intensive protocol. We have seen some transmission around coaching staffs and we think that’s been related to the amount of time that they can spend together in meetings as they’re doing their game-planning and their preparation work. So we really want to double down on that point as well.”

The sideline area will stretch from one 20-yard line to the other.

“Our focus and efforts really continue to be limiting those exposures, particularly for the high-risk, close contacts,” said Dawn Aponte, the NFL’s chief football administrative officer. “And as we said before, those high-risk close contacts are really things that are within the club’s control and individual’s control.”

Sills said of the 130-plus positive cases reported among players and staff, one person required hospitalization.