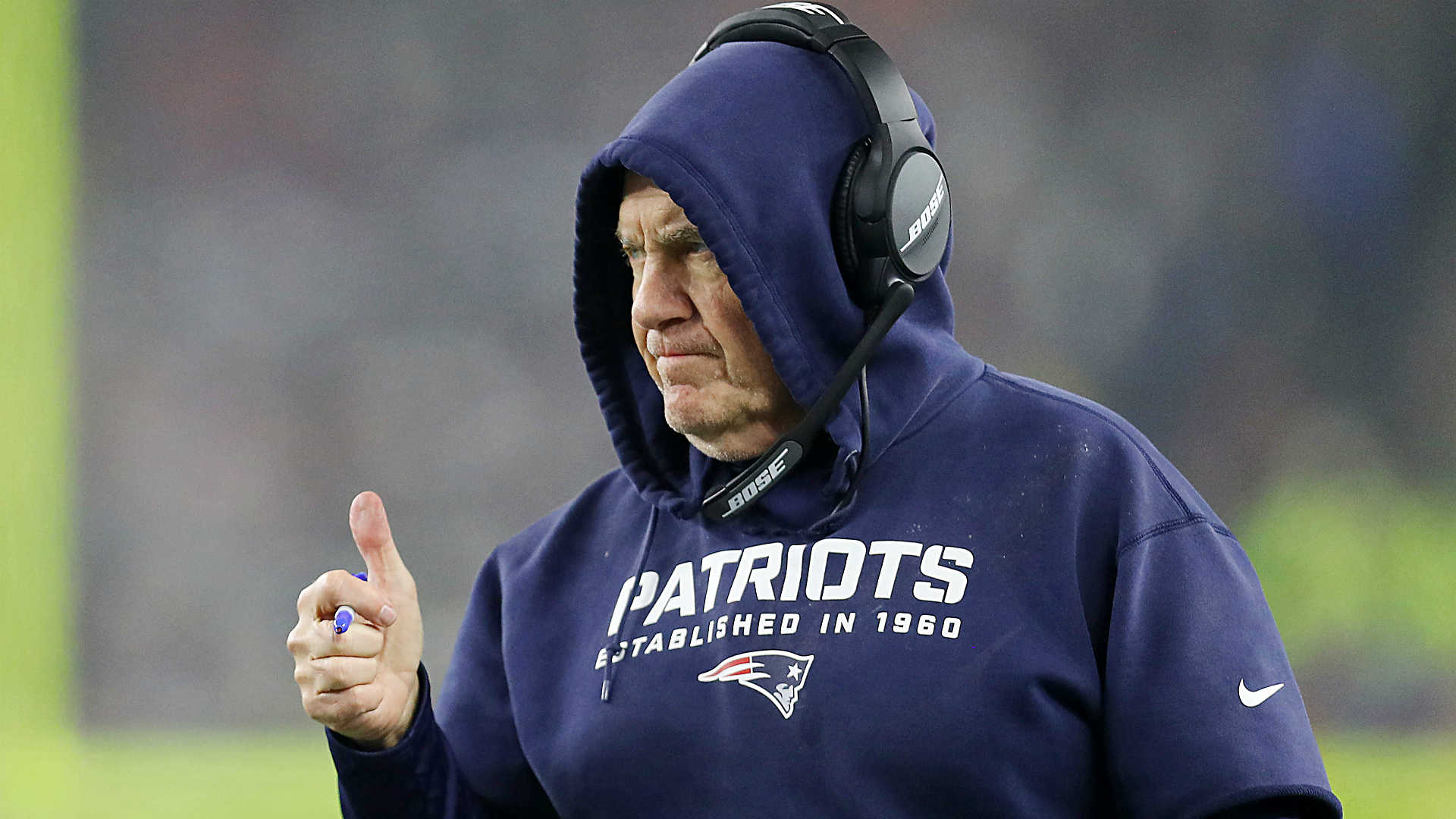 It seemed almost hilarious at the time, that the Patriots would feel compelled to engage in still another episode of chicanery to cope with an impending road game against the Cincinnati Bengals.

The Patriots were caught filming the Bengals’ sideline? Did that video come with a laugh track?

It was no joke, though. The Patriots were dysfunctional enough at that point that when the game in Cincinnati arrived, they led only by three points at halftime against a 1-12 squad that habitually was Joe-Burrowing itself into the turf. The Pats only turned around that game when Andy Dalton generously tossed three third-quarter interceptions their way, one of them a pick-6. And then, two weeks later, the Patriots got no such cooperation and fell to 4-11 Miami in a game that cost them a playoff bye.

MORE: Breakdown of the NFL’s punishment of the Patriots

Of course they were cheating. Again. And why wouldn’t they? They have learned by now there are no substantive consequences for breaking the rules of the National Football League’s competition. What were their penalties for their third known episode in the past 13 seasons of operating outside the boundaries of NFL regulations? They forfeited a third-round draft choice, a fine of $ 1.1 million and the opportunity for team crews to film any games in the 2020 season.

Not a first-round pick. Not any sort of competitive penalty. Nothing for the people in charge of the organization, owner Robert Kraft and head coach Bill Belichick. Just money. Even though it is a larger fine than the franchise received in the Spygate ($ 250,000) and Deflategate ($ 1 million) cases, for the Patriots, this merely is the cost of doing business.

“The Patriots are obsessed with pushing the envelope,” radio host Ken Laird of Boston’s WEEI said on a Monday interview with Pittsburgh’s 93.7 The Fan.

There is no shame here. There is no remorse. If there were, we’d never have encountered another episode subsequent to Spygate, which was resolved 13 years ago. There have been two significant cases since.

The latest came last December when a Bengals security worker noticed a camera being pointed at the Cincinnati sideline during a game at Cleveland. He asked the camera crew what was going on, and they claimed they were filming a piece for the Patriots’ in-house TV program, “Do Your Job,” about one of the team’s advance scouts.

There were eight minutes of tape of the Bengals sideline and, as the security person said, “I don’t see the see the advance scout in this footage.” Both members of the crew tried to negotiate a resolution, offering to delete it on the spot. The Bengals security person instead contacted the league.

Thus we have another incident of the Patriots being declared by the league to have broken the rules, but without that producing any punishment that might discourage them from doing it again.

The five stages of Patriots perfidy:

1. Execution. Carry out an activity contrary to league rules that could provide a competitive advantage.

2. Denial. Maintain innocence of charges, in this case with the story that the crew was on the scene to do the advance scout feature.

3. Confession. The Patriots acknowledge a rule was broken, but with the caveat it’s really not as bad as you suspect. “There was no intention of using the footage for any other purpose,” the Patriots said in a statement after the Bengals sideline story broke.

4. Scapegoating. The blame is allowed to reside with someone many branches removed from the top of the organizational chart: in this case David Mondillo, who was suspended by the Patriots after the incident occurred and, as part of the NFL’s punishment, is banned from any league facility until further notice.

5. Relief. The NFL applies a punishment that might as well be administered with a feather duster, and the Pats just go back to work.

Docking a team a draft pick is not an insignificant punishment, but it ought to be commensurate with the offense and, in the case of the Patriots, with their recidivism. A first-round pick? Maybe there would be progress. Instead, they can dispose of this punishment if they allow new quarterback Cam Newton to depart as a free agent after the 2020 season. Their compensation if he does? Most likely, a third-round pick.

The league never has engaged in competitive penalties, but what is done in European soccer is highly logical. They would call it a “points deduction.” In Austria recently, LASK Linz was deducted six points for breaking league rules against training during the COVID-19 quarantine period. That’s the equivalent of two wins, and it cost the club the Austrian Bundesliga championship. How much would the Patriots appreciate having to win 12 games that only count as 10 wins in the AFC East standings?

Instead, we get the same tango between the Patriots and the league. The Patriots step on toes, initially profess innocence, then claim it was an accident and promise it will not happen again. But it often does, and the NFL puts up with the discomfort and keeps on dancing.

Fleetwood Mac is a band whose line-up has changed drastically over the years, though the Rumours-period line-up is always the best-loved. Like ABBA, their...
Read more