NHL draft is tough to predict beyond expected top three 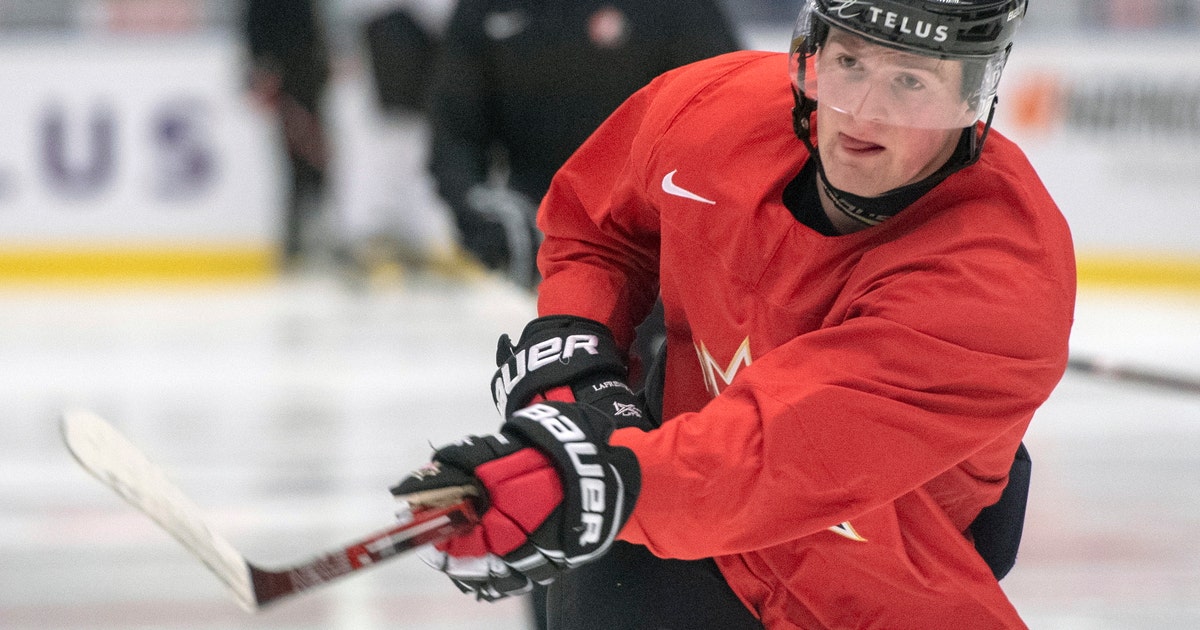 With three picks in the first round of the NHL draft on Tuesday, New Jersey Devils general manager Tom Fitzgerald faces a bit of a dilemma.

Though the prospect pool is considered deep, Fitzgerald is having difficulty sorting in which order the selections might fall.

“There’s a lot of talent, especially in the top 10, top 12,” Fitzgerald said last week. “I guess the hardest thing is they’re all different — very good, but very different.”

That leaves the Devils, who pick seventh, 18th and 20th, and other teams outside of the top three selections with plenty of decisions to make.

Beyond that, the guessing begins, with Detroit picking fourth.

Unless the St. Louis Blues make a trade involving draft picks, their first selection will be No. 26 overall, then not again until the third round, where they have two picks (Nos. 86 and 88). The Blues also have a single pick in the fourth round, two in the fifth and one in the seventh.

Though the coronavirus pandemic wiped out the NHL’s annual pre-draft scouting combine and forced teams to meet prospects via video calls as opposed to face to face, scouting staffs benefited from having additional time to pore over film with the draft pushed back from the final weekend of June.

“Every organization is in the same boat. We all have the same information, so we’re comfortable that we have enough information to make good decisions,” Red Wings GM Steve Yzerman said. “As far as the draft order, I have no idea what is going to happen before us. We can assume. At the fourth pick, we’re pretty excited regardless of how it plays out.”

The following is a capsule look at seven top prospects:

They said it: “They have a lot of good young players,” Lafreniere said on possibility of being drafted by Rangers. “For sure, it’s exciting and we’ll see what happens.”

Last season: German pro league rookie of the year with seven goals and 27 assists in 41 games.

Central Scouting Report: “A playmaking hockey artist with a great set of tools including speed, dekes, stickhandling, shot and hockey IQ. Creates something positive on every shift.”

Could go: Second (Los Angeles) or third (Ottawa), with opportunity to become third German-born and -trained player drafted in top 10.

They said it: “Yeah, my teammates always said that to me,” Stuetzle said, on being compared to Kane. “I think it’s a big honor to me to be compared to those guys. I think I’m still far away from them. So there’s a lot of work coming on.”

Could go: Second or third.

They said it: “I wouldn’t say he’s an expert. I still don’t know if he knows what’s really happening,” Byfield said of his father, who is from Jamaica before moving to Canada. “He’s just a huge fan of me and a huge fan of hockey.”

Last season: Ranked 13th among OHL defensemen with 47 points (nine goals, 38 assists) in 49 games. Became just ninth 17-year-old defenseman since 1991 to represent Canada at World Junior championships, where he had a goal and two assists in seven games.

Central Scouting Report: “Exceptional skater with an excellent transition game that can drive the play and push the pace from the back end. A two-way defenseman with excellent offensive ability.”

Could go: Shouldn’t fall below No. 6 (Anaheim).

They said it: “Having that opportunity to be put in a good position in the semifinals where I got to play a good amount of minutes was really big for me,” Drysdale said of playing at world juniors.

Central Scouting Report: “Excellent skater who plays all parts of the game at a quick pace. Elite hockey sense allows him to be effective on the attack and while defending.”

Could go: Anywhere from No. 7 (New Jersey) to No. 13 (Carolina). Son of former NHL forward Geoff Sanderson, and committed to playing at North Dakota.

They said it: “Obviously, we’re well aware of who’s being paired with who, especially when it comes to our prospects,” Senators GM Pierre Dorion, on Sanderson joining a North Dakota blue line that features Ottawa prospect Jacob Bernard-Docker. “Wherever he may fall in the draft, we know he’ll be a good NHL player down the road.”

Last season: Finished second in OHL with 111 points (37 goals, 74 assists) in 61 games. Scored both goals and added three more in shootout in Canada’s 3-2 win over Sweden in semifinal of 2019 Hlinka Gretzky Cup.

Central Scouting Report: “Puck skills, vision and execution are on another level.”

They said it: “It’s big for me because I want to give back,” Perfetti said about being involved in charitable causes in Saginaw. “Without the community behind us and supporting us, we wouldn’t be able to be a team in Saginaw. … So it’s the least I can do to give back in the areas that I can.”

Last season: OHL’s outstanding player of the year with 39 goals and leading Canadian Hockey League with 81 assists and 120 points in 56 games.

Could go: Anywhere from picks No. 4 (Detroit) through No. 12 (Florida). Chance to become fifth Austrian-born player chosen in first round.

They said it: “My dad lost two jobs in that time,” Rossi said of father, Michael, who would make a 90-minute drive to Zurich over a four-year period for his son to attend practice. “My dad, everything he did for me, I fear I wouldn’t be here especially without my family.”