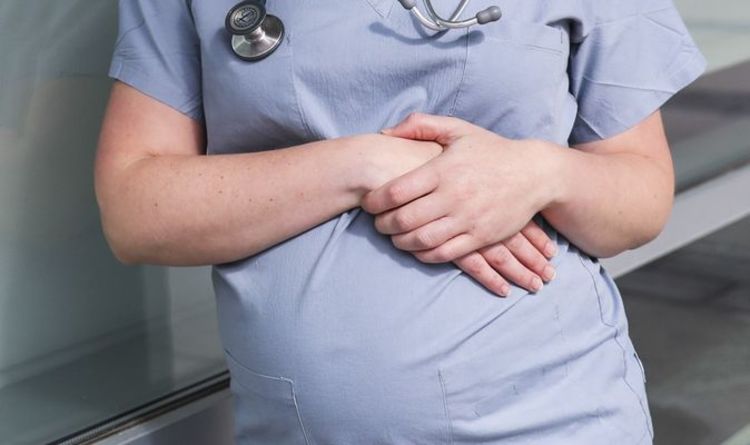 The UK government has categorised pregnant women as a group at high risk of having complications from COVID-19. They have been officially categorised as “vulnerable” along with people with severe asthma or COPD, diabetes, and the over-70s. However, many are still having to work with patients who could have coronavirus.

A survey conducted by UK charity Pregnant Then Screwed asked 2,150 pregnant workers, 490 of whom work for the NHS, about their experiences.

Of the pregnant NHS workers who are still treating patients, 26 per cent are more than 28 weeks pregnant.

This means one in four pregnant NHS workers are not able to follow the Government guidelines in social distancing to protect their unborn children.

This figure rises to 31 percent for BAME pregnant NHS workers.

This research comes in the wake of the tragic news that three pregnant NHS have now died from the virus.

Mary Agyeiwaa Agyapong, a 28-year-old nurse with no underlying health issues died from Covid-19 when she was 8 months pregnant.

JUST IN: Piers Morgan replaced on GMB while awaiting test results for COVID-19

A pregnant Midwife said: “I feel like a guinea pig. I feel unsafe and unheard. Ironic that I work in a maternity unit and people are not concerned with my health, the risks or my unborn baby.”

One pregnant paramedic said the worry has affected her mental health. In comments revealed to Express.co.uk, she said: “My mental health has been severely affected by the continuous arguments with management not protecting me because I am not vulnerable under 28 weeks pregnant.

The latest research says that symptoms can be worse for pregnant women, making them more vulnerable.

The Royal College of Obstetricians and Gynaecologists (RCOG) guidance states: “It has long been known that, whilst pregnant women are not necessarily more susceptible to viral illness, changes to their immune system in pregnancy can be associated with more severe symptoms. This is particularly true towards the end of pregnancy.”

Of the women surveyed, a further 8 per cent have been suspended from work on the wrong terms.

This is a potential breach of their employment rights.