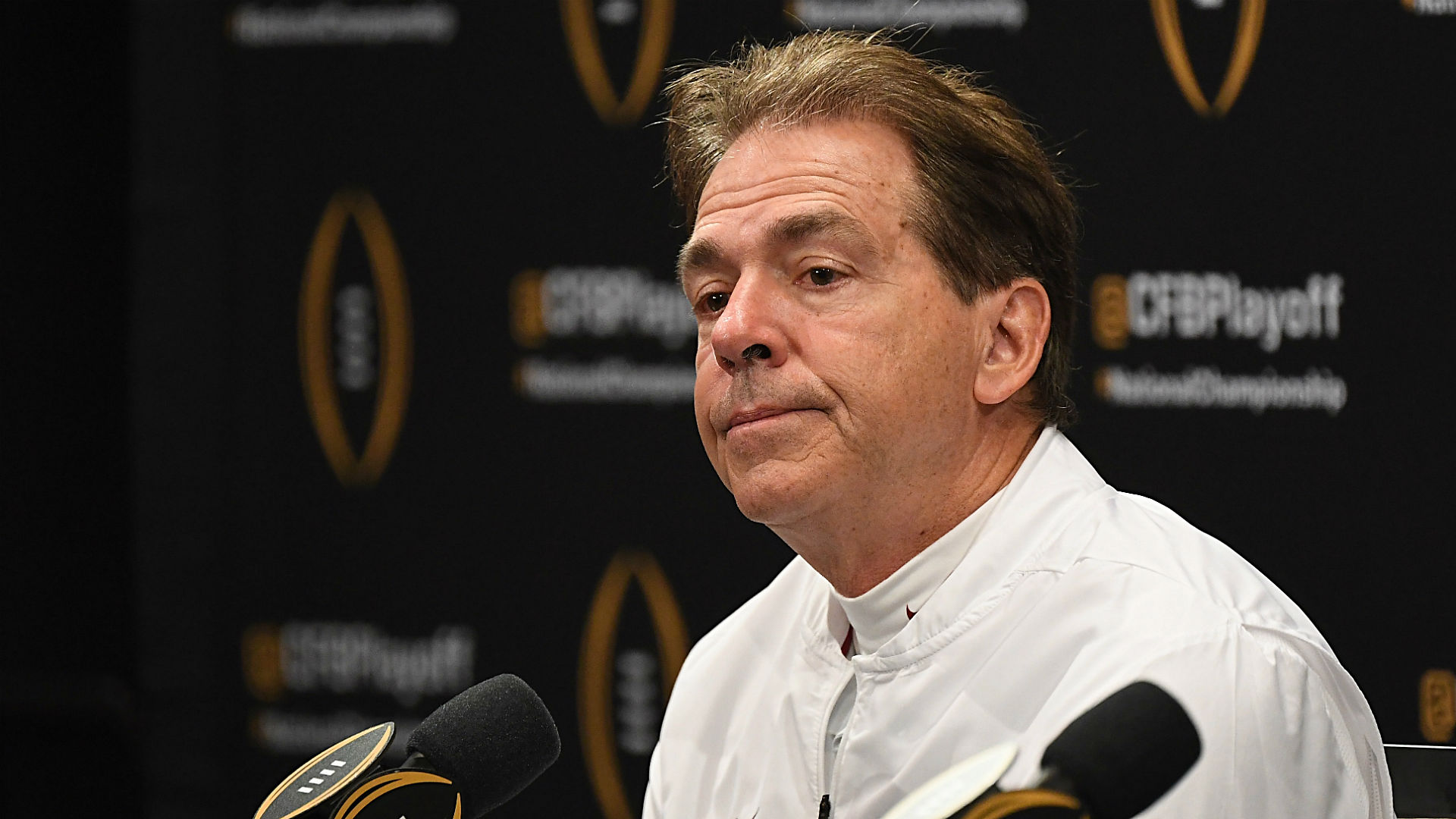 Alabama football coach Nick Saban became the latest sports figure to test positive for COVID-19 on Wednesday, according to a statement from the university.

“I found out earlier this afternoon that I had tested positive for COVID-19,” Saban said. “I immediately left work and isolated at home. At this time, I do not have any symptoms relative to COVID, and I have taken another PCR test to confirm my diagnosis.”

With Saban out for this weekend’s game against No. 3 Georgia, offensive coordinator Steve Sarkisian will oversee game preparation, while Saban said he will “work from home.” Saban told players of his positive test via Zoom at 2 p.m. on Wednesday. Sarkisian was the head coach at Washington from 2009 to 2013 and USC in 2014-15, amassing a combined record of 46-35 (.568).

MORE SEC: Florida pauses team activities due to COVID-19 after Dan Mullen calls for fans to ‘pack The Swamp’

Alabama athletic director Greg Byrne also tested positive for the virus. Everyone within the Alabama football program will be tested on Thursday. Players have been tested daily since September.

CDC guidelines say those with positive tests must isolate for 10 days, while contact tracing requires a 14-day quarantine.