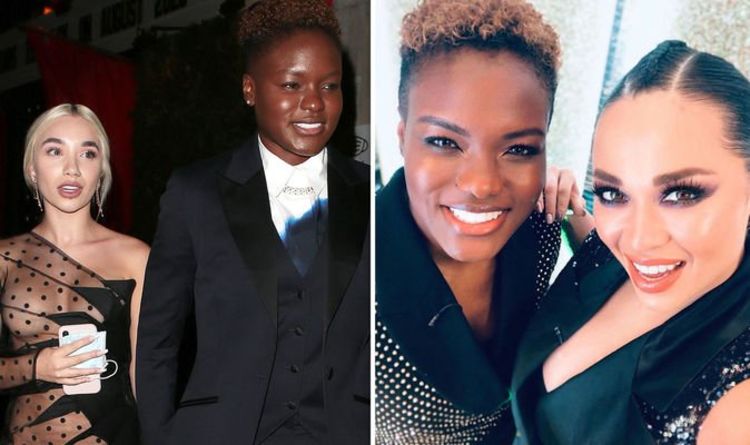 She said: “I’m not worried about the curse.

“Nicki and me are best friends so I don’t really see anyone as competition and she doesn’t either.

“We did have a conversation about the ‘curse’ and we agreed I would meet her dance partner so there are no hard feelings or jealousy there.”

She concluded to The Sun on Sunday: “The grass is never greener on the other side and me and Nicki have a lot of history together, so I don’t think anyone is going to steal her off me.”

The term ”curse” is often used to describe when a celebrity or pro’s relationship has broken down during or shortly after their time on the show.

Nicola and Ella have been dating for over two years.

The Strictly hopeful recently addressed the importance of her dancing in a same-sex pairing this series.

She revealed: “It was important to me because of diversity.

“I just wanted to do something different and I didn’t get the big deal being paired with another female.

Earlier this week, the dancing professional jokingly pretended to be a boxer in Nicola’s outfit during a rehearsal.

Yesterday, the Strictly hopeful also told fans training had been “too much” ahead of their first live show this weekend.

“She told me she was tough,” Katya laughed to the camera.

“I am tough,” the boxer replied, defiantly.