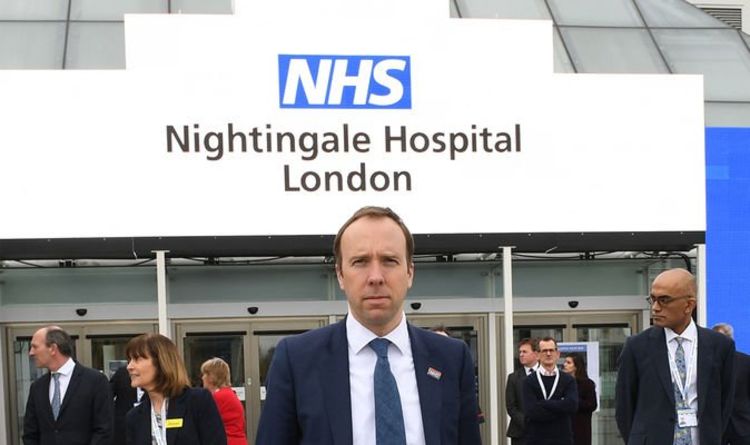 A leaked document has revealed that the hospital is “turning away more coronavirus patients than it is treating”. NHS documents seen by the Guardian show that dozens of COVID-19 sufferers have been refused a transfer to the facility as there are not enough nurses able to treat them.

Up to 50 people who needed urgent care were denied admission, as well as 30 people, were turned away due to “staffing issues” and 20 on medical grounds because they were “too unwell to transfer”.

This revelation has added to concerns that the temporary hospital will not be able to help with the strain that other intensive care units in the capital are facing.

Last week it was disclosed that only 19 patients were admitted to the hospital over Easter weekend.

The total number of admissions to the facility so far remains at 41 and four who died.

One nurse told The Guardian that the hospital doesn’t have enough critical care staff nurses because they are being “run ragged” at other hospitals.

Hospitals which have had there transfers blocked include Northwick Park hospital, the Royal Free, St Marys, the Royal London and the North Middlesex in Enfield.

The hospital facility was originally opened by the Duke of Cornwall on April 3 and began to admit patients on April 7.

More NHS Nightingale hospitals are to open around the UK including Birmingham, Manchester, Bristol, Harrogate, Exeter and Tyne and Wear.

They are being opened with the hope of taking the pressure off existing hospitals for those who need critical care.

If the London site was to reach full capacity, it would need more than 16,000 staff needed to run it.

Mr Johnson has said that the Nightingale’s are only contingency facilities, and if they are empty it means that NHS strategic planning is working.

NHS England chief executive Sir Simon Stevens said the Nightingale London has not been used because 30,000 beds have been freed up at other nearby hospitals.

He said in a statement: “We have not yet had to make extensive use of the Nightingale London thanks to the hard work of NHS staff, who have freed up more than 30,000 existing hospital beds, and the public, who have played their part by staying at home and saving lives.

“It will count as a huge success for the whole country if we never need to use them but with further waves of coronavirus possible it is important that we have these extra facilities in place and treating patients.”

An NHS London spokesman told MailOnline: “The most important point about the staff at the Nightingale is that thanks to their care and expertise, patients in that hospital are being successfully treated, discharged and ultimately having their life saved.