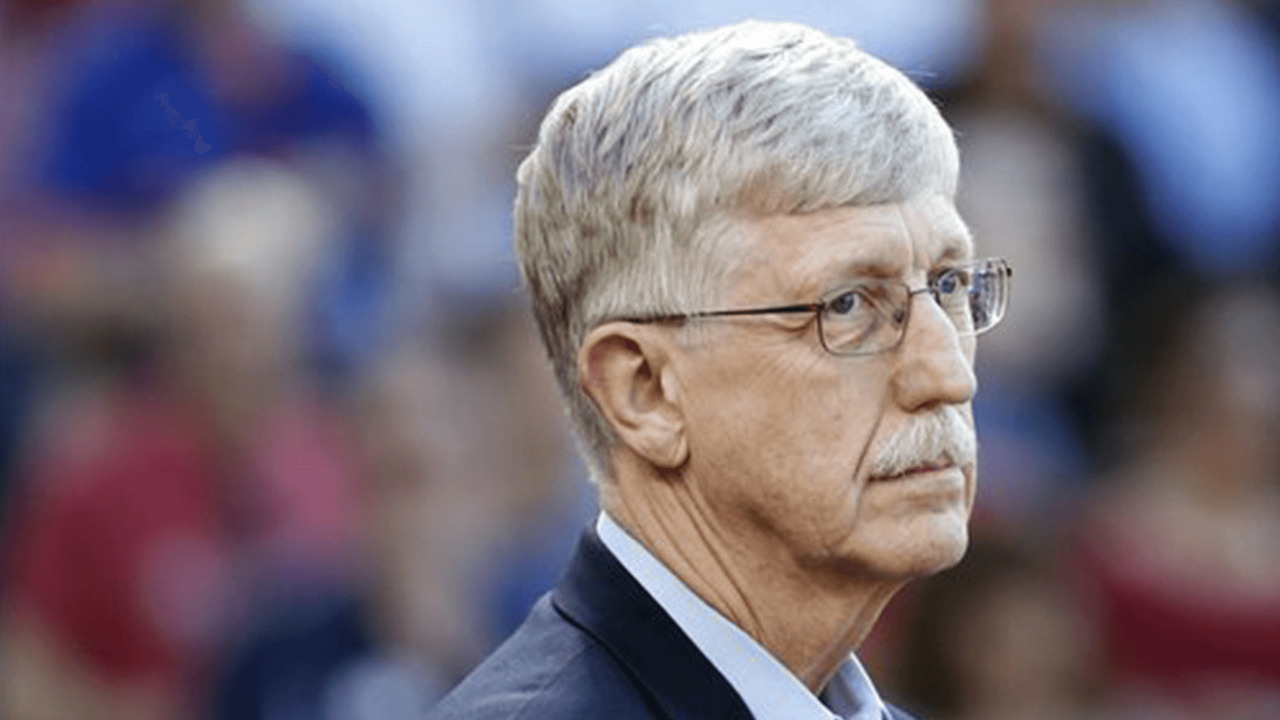 “And yet, when you went around, you saw some people not wearing them and some people wearing them. And you tried to figure out why, and it turned out it was their political party. And you would scratch your head and think, ‘This is just not a planet that has much promise for the future, if something that is so straightforward can somehow get twisted into decision-making that really makes no sense.’”

Former President Barack Obama tapped Collins in 2009 to lead the National Institutes of Health, the nation’s premier medical research agency, and Trump announced in 2017 that Collins would continue in that role under his administration. As NIH director, Collins is the supervisor of Anthony Fauci, director of the National Institute of Allergy and Infectious Diseases and the nation’s top infectious disease expert.

Trump’s rally came amid ongoing efforts by his White House to counter fallout from newly published excerpts of Washington Post journalist Bob Woodward’s forthcoming book. Some recordings of the president’s 18 on-the-record interviews with the veteran reporter released this week show Trump calling the coronavirus “deadly stuff” and acknowledging he was eager to “play … down” the outbreak in February and March — a time when he was publicly dismissive of its threat.

Trump has insisted he was merely trying to project calm, while charging that Woodward would have released tapes of his remarks sooner if they were truly politically damaging or revealed risks to Americans’ safety. The president was even optimistic during a White House news briefing Thursday, as he rejected accusations that he had downplayed the coronavirus.

Although roughly 190,000 Americans have died from the disease, Trump told reporters that “the United States has done really well,” adding: “I really do believe we’re rounding the corner.”

Experts have predicted, however, that the fall and winter could significantly strain the nation’s health care system as it grapples with both a potential resurgence of the virus and the fight against the seasonal flu.

“I am worried. I do think the fall and the winter of 2020 and 2021 are going to be probably one of the most difficult times that we’ve experienced in American public health because of … the co-occurrence of COVID and influenza,” CDC Director Robert Redfield said in July during an interview with the medical journal JAMA.

On Thursday, Fauci said in a discussion with Harvard Medical School that “we need to hunker down and get through this fall and winter, because it’s not going to be easy.” He also warned: “Don’t ever, ever underestimate the potential of the pandemic, and don’t try and look at the rosy side of things.”

Parker Hall Someday, there will be a reason to spend more than $ 1,000 on a TV. For now, save your money and buy...
Read more

A big problem with time travel is something known as the 'Grandfather Paradox'. In this thought experiment, what would happen to you if you...
Read more

New restrictions came in this week requiring pubs and restaurants to close at 10pm each day and mandating table service. However the Government had...
Read more