Nintendo Switch in big trouble? Galaxy Note 20 is THE must-have gaming handheld of 2020 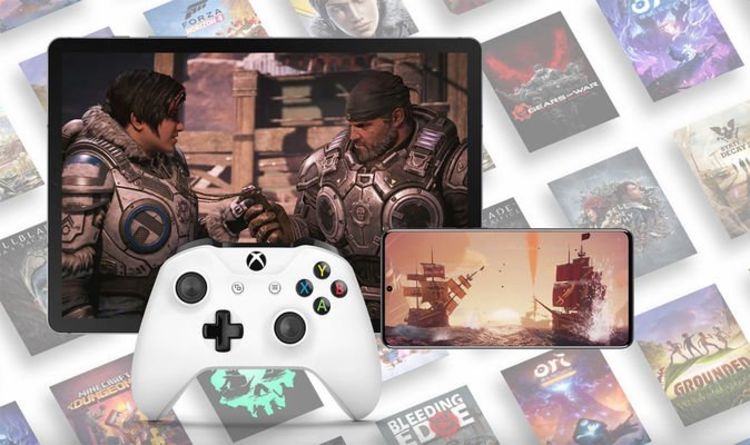 Samsung unveiled the ultra-swish Galaxy Note 20 and Note 20 Ultra during its Unpacked event earlier this week.

That’s on top of 5G compatibility as standard, plus a staggering 108-megapixel main camera with 5x optical zoom.

Of course, the regular Note 20 is no slouch either, featuring a slick Super AMOLED capacitive display with 8K video recording, ultra-fast wireless charging and much more.

If you’re a gaming fan, then arguably even more exciting is the news that both phones will come with Xbox Game Pass support.

Pre-order customers can even choose to receive a bonus gaming bundle, which comes with 3-months free access to Game Pass Ultimate, plus the all-new Power A MOGA XP5-X Plus Bluetooth Controller with attachable phone clip.

This means that from September 15, Galaxy Note 20 and Ultra owners can use their devices to play more than 100 Xbox One games through the cloud.

It essentially transforms your smartphone into a handheld Xbox console with dozens of blockbuster game releases.

Game Pass Ultimate titles include everything from graphical powerhouses like Forza Horizon 4 and Gears of War 5, to popular multi-platform releases like Minecraft Dungeons and Destiny 2.

“Beginning September 15, you’ll be able to experience the best of Xbox Game Pass by downloading the app from the Samsung Galaxy Store, giving you the freedom to access expansion packs, downloadable content and more,” reads a Microsoft post.

“Whether it’s racing through the beautiful English countryside in Forza Horizon 4 on a new Galaxy Note20 during a lunch break, or fighting alongside your pet llama in Minecraft Dungeons on a Tab S7 at home once the workday ends, Galaxy devices provide the best way to pick up and play games directly from the cloud.”

Needless to say, one company that might not be so excited about the development is Nintendo.

While it doesn’t have the Switch console’s versatility as a multiplayer device, and it’s missing those killer Nintendo exclusives, the Note 20 is a solid option for fans looking to do some gaming on the go.

In fact, with an incredible display, ultra-fast processor speeds and a library of triple-A games, the Note 20 could be considered the must-have gaming handheld of 2020.

Is the Nintendo Switch in big trouble? Definitely not. But Samsung’s partnership with Microsoft is certainly capable of putting a dent in Switch sales.

We’ll find out if the Note 20 and Note 20 Ultra live up to their potential as gaming devices when they launch on August 21, and when Xbox Game Pass comes to app stores on September 15.