No glow in wedding gown city 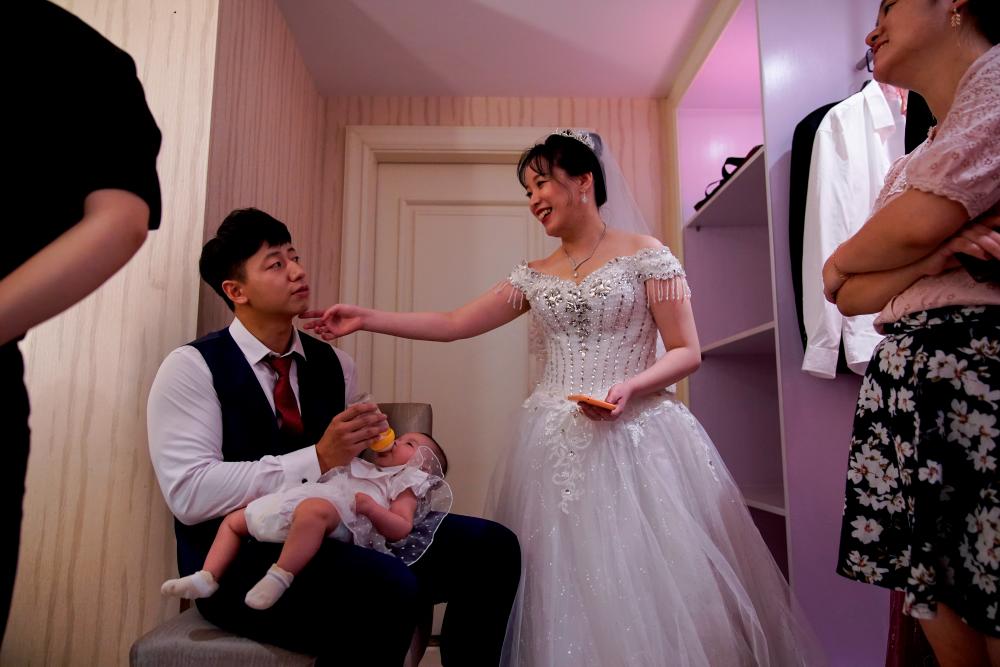 STORE windows in the five-storey Huqiu Wedding Dress Mall in the Chinese city of Suzhou gleam with the reflection from rows and rows of elaborate gowns to entice potential buyers.

But there are few shoppers in the modern mall, a glitzy showcase of the city’s huge wedding gown production industry that usually attracts visitors not only from across China but abroad.

“Sales this year have so far not been good, I hope they will recover a little in the second half,“ Ma Li, the owner of the Hua Qing Yu Wedding Dress Store in the mall told Reuters as she dressed mannequins.

Suzhou, one of the world’s largest bridal goods exporters, is feeling the chill as couples all over the world delayed, downsized or cancelled their nuptials because of the coronavirus pandemic.

The manufacturing hub in eastern China also hosts factories belonging to Apple suppliers as well as a technology center for Microsoft, but wedding dresses are a major part of its business. And it is big business.

Wedding market sales in China surged from 923 billion yuan to 1.64 trillion yuan from 2014 to 2018, according to Frost & Sullivan, and the annual compound growth rate reached 15.5 percent. By 2023, the industry is expected to be worth 3 trillian yuan.

That speedy growth was interrupted by the discovery of the first coronavirus cases in Wuhan, about 740 kilometres (460 miles) west of Suzhou, in late 2019 and lockdown measures began to be imposed in China and other parts of the world from late January.

While China recently began allowing the resumption of some large wedding gatherings following a sharp fall in the number of new COVID-19 cases, companies in Suzhou told Reuters sales were far from reaching usual levels as many couples were downsizing their celebrations due to budget or lingering guest restrictions.

“We basically have no clients,“ Zhu Yuan, the chairman of Romen’s Wedding Dress, speaking from her showroom where dozens of embellished ivory dresses were crammed against each other on clothing racks.

“Out of a hundred only 10-20% survived,“ said of her client businesses, including bridal studios and exporters.

Suzhou Jusere Wedding & Evening Dress Co Ltd, one of Suzhou’s largest gown manufacturers, tried to mitigate the downturn by ramping up direct sales to brides and travelling to their customers.

But the escalation of the virus to a global pandemic saw foreign orders, which used to account for a tenth of the company’s sales, all but disappear.

“I hope that the epidemic abroad can get under control which will allow wedding dress studios to reopen. That can in turn drive consumption,“ said founder Xu Chuanhai.

The China Wedding Expo 2020, an annual event that draws wedding gown resellers, exporters and bridal studios descend went ahead in Shanghai last month but exhibitors said there were few visitors.

Jiang Xin, a representative of Hermosa Trading, said increasing costs of transportation because of the pandemic made exporting gowns expensive.

“The tariff is fixed but transportation costs rose because many flights were cancelled,“ he said. “The ordering cycle is longer so costs are rising.”

Elsewhere in Shanghai, Wei Jiawen and her husband Pan Wenjun celebrated their nuptials with their family and friends in mid-August in a ceremony that was downsized from their originally planned celebration in February.

“We were under pressure both physically and mentally for half a year because of the delayed wedding,“ said Wei, who gave birth to a daughter while waiting to reschedule the wedding.- Reuters

WIRED Staff We see that soft, organic orb shape echoed in the new Echo Dot ($ 60), which has a clock on its face...
Read more