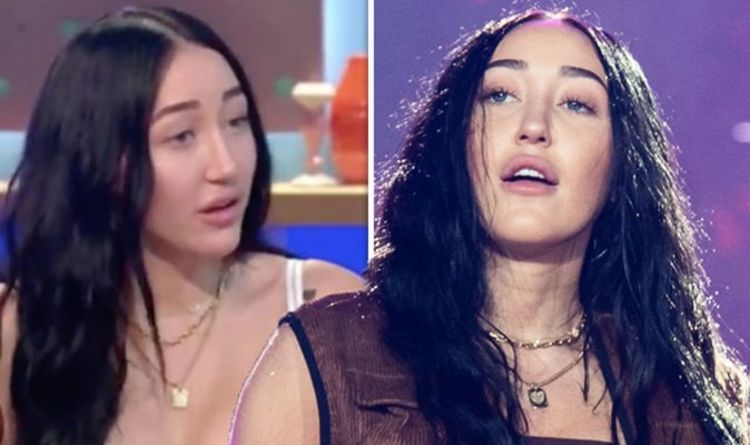 Noah Cyrus, youngest daughter of Billy Ray Cyrus and sister of Miley Cyrus, spoke about her struggles with mental health as she appeared on Channel 4’s Sunday Brunch this morning. The singer was sharing the sofa with hosts Tim Lovejoy and Simon Rimmer to discuss her current UK tour.

Her hectic schedule was a topic of conversation, as she talked about having to “puke” at the side of a stage after a performance in Dubai.

The relentless nature of her diary led her to open up about her own mental health.

In a personal confession, she spoke about how her music has been influenced by her experiences: “My music has been a lot about… I’ve struggled the last year and a half, or two years, with depression and anxiety.”

Noah admitted it had consumed her, but that she’s recovering well.

Noah was quick to air her feelings on how social media can influence people negatively, saying it gives a false impression of how people live their lives and can impact on peoples’ mental well-being.

She added: “No, I think social media is a big issue with mental health, because I think there are a lot of young kids that are growing up with expectations of what they need to be.”

She decried how “fake” lives can be presented on social media, saying: “Because there are a lot of fake things on Instagram: a lot of PhotoShop, a lot of really happy moments, when that’s not really the reality of it at all.”

Noah also admitted that her own feed isn’t a true reflection of her actual life, saying: “If you take a look at my Instagram, it’s all happiness and all these achievements, but in the grand scheme of things, I’m at home and I’m really dealing with real life stuff.”

She concluded how these social media platforms distort the true nature of people’s lives, adding: “It kind of creates this false reality.”

Noah has grown-up in the public eye as part of the Cyrus family, with her landing her first screen performance at the age of two.

Her pop career began in 2010 with a track called “Ponyo On the Cliff By the Sea” and she scored a big hit with 2016’s Make Me (Cry), which featured Labrinth.

Noah Cyrus is playing the O2 Academy in Islington on Tuesday, February 11.