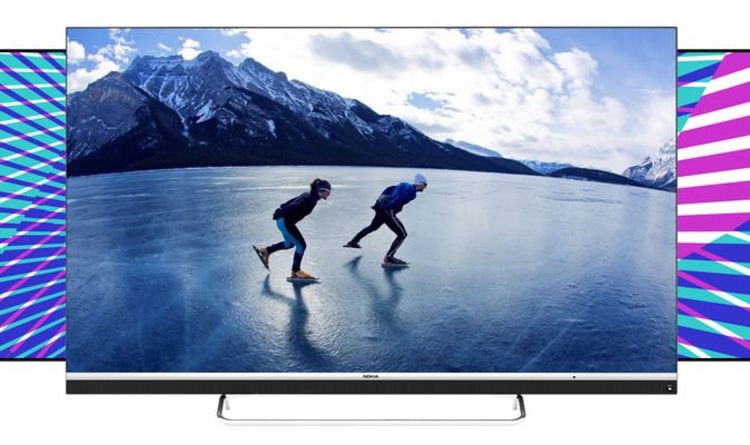 As everything in our homes gets a little smarter – from Wi-Fi connected lightbulbs to fridges with touchscreen panels – it makes sense that companies with an impressive track record when it comes to smartphones would make the transition into your living room.

Earlier this year, OnePlus unveiled its first Smart TV. Exclusive to India – at least to begin with – the 55-inch QLED has an Ultra HD resolution and ships with the Android TV operating system, which offers access to the likes of Netflix, YouTube and more.

It supports the Dolby Vision HDR standard to bring deeper colours, contrast, and brightness to the screen. Not only that, but it also has a sound bar that slides down from the bottom bezel of the TV with 50W speakers to add more punch than you’d usually find with ultra-thin Smart TVs.

OnePlus has included a few tweaks to the software to add closer ties between its Smart TV and OnePlus-branded smartphones. For example, when your OnePlus smartphone rings, the TV will automatically lower the volume so that you don’t have to waste hunting for the remote control before you answer.

There’s also Chromecast functionality built-in and access to the Google Assistant, the chatty AI that can control your smart lighting, order a taxi, and read-out the latest headlines and weather reports when you ask using the wake phrase “OK, Google…”

And now Nokia is also joining the race to dominate your living room.

The Finnish firm’s 55-inch Ultra HD Smart TV also leverages the Android TV platform created by Google, but uses an LED panel over a QLED. It cannot quite match the full-throated speaker output on the OnePlus, toting a 24W speaker system built-in. Although the audio is being handled by industry heavyweights JBL by Harman.

Elsewhere, it has a 16:9 aspect ratio with a 60Hz refresh rate, support for Dolby Vision and HDR10, as well as three HDMI ports and two USB ports – so you’ll have plenty of opportunity to plug-in consoles, satellite TV boxes, Chromecasts and the like.