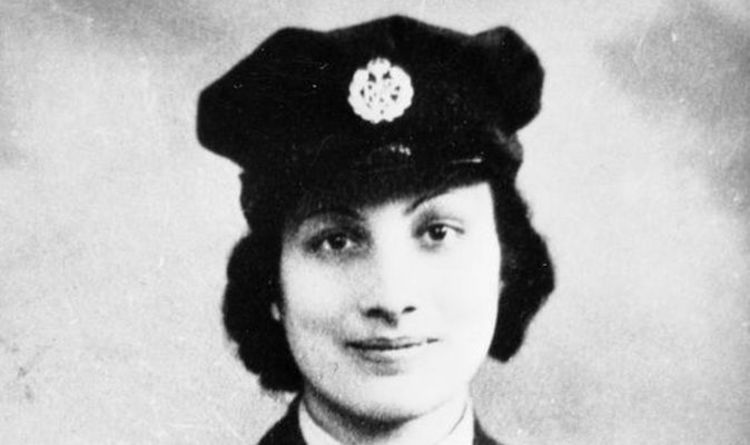 Noor Inayat Khan is the most highly decorated Muslim woman in British Military history and was only aged 30 when she was executed in Dachau Concentration Camp in September 1944 after being captured by the Gestapo in Paris the previous year. Like 20,000 others who have no known grave she is remembered at the Runnymede Air Forces Memorial. Now her life and legacy has been brought to a new audience in a digital exhibition Noor Inayat-Khan: A Woman of Conspicuous Courage created by Commonwealth War Graves Foundation and the girl guides.

It tells how the unlikely spy came to die for her country and the courage she showed under torture while visitors will be able to put their code breaking skills to the test and discover the technical skills a wireless operator needed behind enemy lines.

Jasmine Theti, 15, of Girlguiding Berkshire and Buckinghamshire, said: “We must never forget her and the sacrifice she made.

“I loved learning the Morse Code it was good fun.

“Although I wouldn’t have liked sending messages in a cold Parisian park whilst looking over my shoulder all the time. Noor was an inspiration.”

Noor was born on New Year’s Day 1914 in Moscow to an Indian father and an American mother and was a direct descendant of Tipu Sultan, the 18th century Muslim ruler of Mysore.

The family moved to London then Paris where she was educated and worked as a children’s author.

After the fall of France, she and her brother escaped to England and in November 1940 she joined the Women’s Auxiliary Air Force becoming a radio operator at RAF Abingdon.

But the fluent French speaker soon came to the attention of the Special Operations Executive (SOE) and in late 1942 was recruited.

However they were unsure whether she would make a good agent, worried she was too honest and kind-hearted and couldn’t blend into a crowd.

She proved them wrong when she joined the Paris resistance in July 1943 just as the Gestapo were closing in.

While members were rounded up she evaded capture and ended up as the only SOE radio operator for the whole Paris region.

But two days before she was due to be replaced in October she was betrayed and arrested.

Remarkably she twice managed to escape from the Parisian prison before being sent to Germany the following month where she was kept in chains and in solitary confinement for 10 months.

Resisting repeated torture she and three other women SOE agents were finally taken to Dachau and shot on September 13, 1944.

For her courage she was posthumously awarded Britain’s highest civilian bravery medal The George’s Cross in 1949.

Julian Evans of the CWGC which looks after the Runnymede memorial added: “Noor’s story is an inspirational one and we believed it important, as the custodians of the memorial on which her name is inscribed, to help give it greater prominence.

“We hope that the exhibition will encourage more people to visit the Air Forces Memorial to explore the story of Noor and the 20,000 other members of the Commonwealth Air Forces who are commemorated here.”