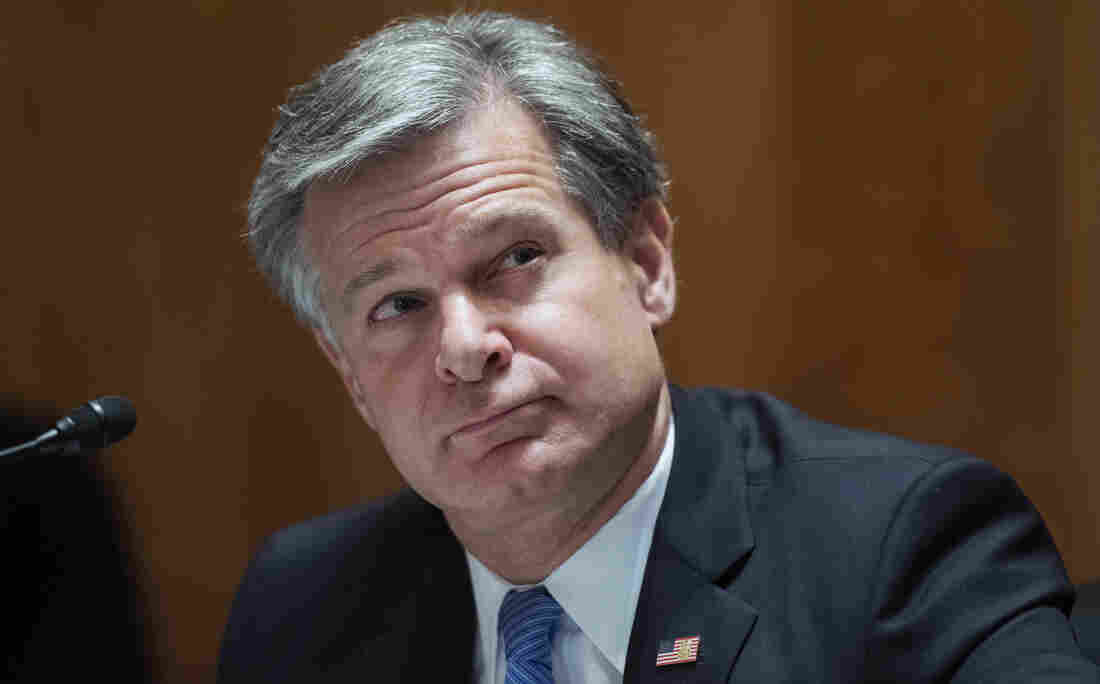 FBI Director Christopher Wray, testifies before the Senate’s Homeland Security Committee on Sept. 24. Wray and other national security officials say they’ve taken extensive safeguards to protect this year’s election. This message is often in sharp contrast with President Trump, who has repeatedly questioned the integrity of the vote. Tom Williams/AP hide caption 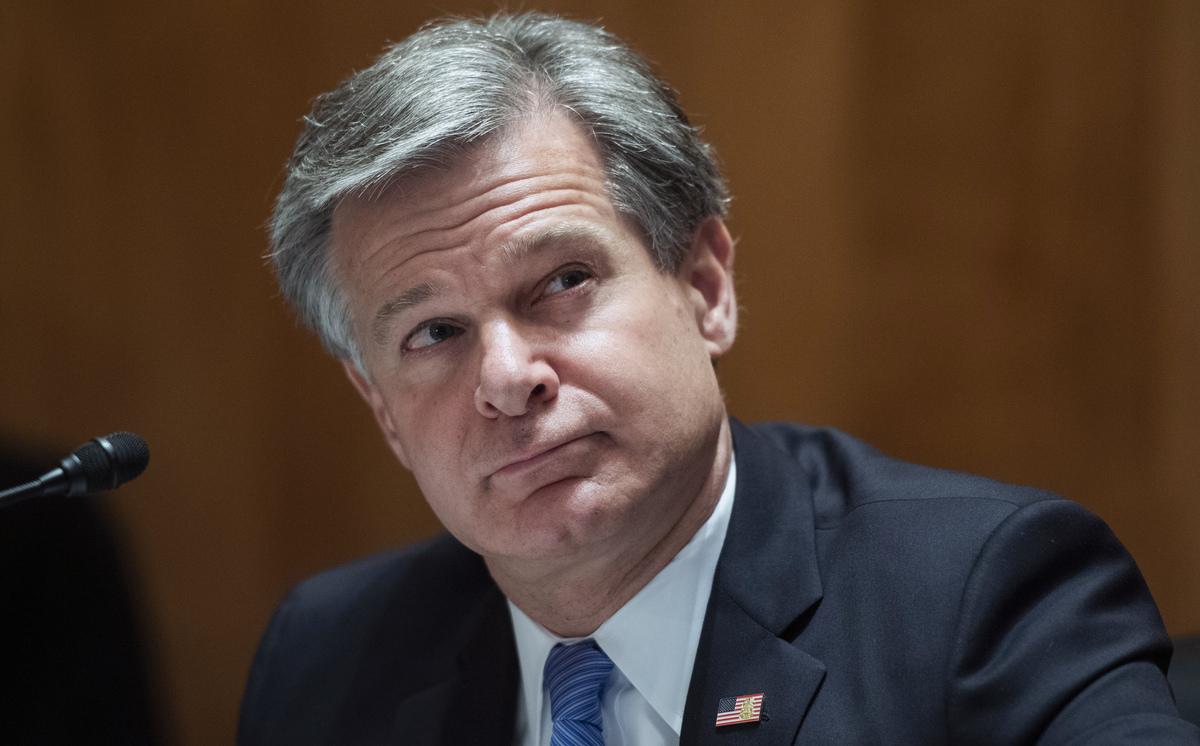 FBI Director Christopher Wray, testifies before the Senate’s Homeland Security Committee on Sept. 24. Wray and other national security officials say they’ve taken extensive safeguards to protect this year’s election. This message is often in sharp contrast with President Trump, who has repeatedly questioned the integrity of the vote.

National security leaders normally lay low to the point of invisibility during presidential election campaigns. Not this year.

Current officials, like FBI Director Christopher Wray, have stepped up to reassure voters, saying they can vote with confidence and expect accurate, timely results. This is in sharp contrast to President Trump, who keeps questioning the integrity of the balloting.

In addition, many former national security officials are publicly taking sides for the first time in a presidential election by criticizing Trump and endorsing Democratic candidate Joe Biden.

“We’re not going to tolerate foreign interference in our elections, or criminal activity that threatens the sanctity of your vote, or undermines public confidence in the outcome of the election,” said Wray.

Four current national security officials, including Army Gen. Paul Nakasone, the head of the National Security Agency and Cyber Command, appear in this nine-minute video that seeks to reassure voters that this year’s election is well protected from foreign interference and fraud.

Shortly after the video was released, Trump attacked Wray.

“He’s been disappointing,” Trump said in an interview with Fox Business last week. “He doesn’t see the voting ballots as a problem.” The president went on to say that Wray should be doing more to investigate voter fraud, though there’s no evidence of a widespread problem.

Trump has repeatedly questioned mail-in balloting, predicting this will be “the most corrupt election in the history of our country” and has refused to commit to a peaceful transfer of power if he loses.

Another official who appears in the video with Wray is Bill Evanina, head of the National Counterintelligence and Security Agency. Speaking on behalf of the intelligence community, Evanina issued a statement in August saying that “we assess that Russia is using a range of measures to primarily denigrate former Vice President Biden.”

Trump and his team have ignored or downplayed this assessment, and have continued to cast doubt on the intelligence community conclusion about Russia’s interference in the 2016 campaign.

Meanwhile, former national security officials are signing letters, making videos and taking to social media to back a candidate, in most cases choosing Biden.

This has raised concerns that the national security community will undermine the non-partisan reputation it considers critically important.

John Sipher, who retired from the CIA in 2014, said speaking out against a sitting president goes against the ethos of the intelligence community, where he worked for 28 years. But he says Trump has politicized national security in ways he could not ignore.

“President Trump has created something that we haven’t seen before,” Sipher said. “I think there’s quite a few people, myself included, who by no means would be as partisan or political as we are now. I think this has to do with mostly with President Trump’s sort of shredding of the institutions.”

Sipher even appears in a campaign ad for Virginia Democratic congresswoman Abigail Spanberger, who used to work at the CIA. Sipher says he agreed to do so because she was being unfairly attacked by her Republican rival.

Sipher believes he and his former colleagues will be less vocal if a future president handles national security in a more traditional manner. However, others think the discreet neutrality of the past is unlikely to return.

Some former officials are backing Trump, who likes to cite a letter of support signed by 235 retired generals and admirals.

But many more have spoken up in favor of Biden, who received the backing of nearly 500 former officials in a recent letter.

In addition, several former national security officials who were handpicked by Trump for top positions are now harshly criticizing him and questioning his fitness to serve as commander-in-chief.

Retired Army Gen. Stanley McCrystal has also endorsed Biden. Back in 2010, McCrystal was the commander of U.S. forces in Afghanistan. But he was fired when he was quoted as insulting then Vice President Biden in Rolling Stone magazine. Now he says, “You have to believe your commander-in-chief is someone you can trust. And I can trust Joe Biden.”

By"The man’s next of kin have been informed and they are being supported by specially trained officers. "No arrests have been made at this stage....
Read more

ByChristian Swann & Scott Goddard, The Conversation We often hear about people being "in the zone" when they have excelled, be it at sport, playing...
Read more