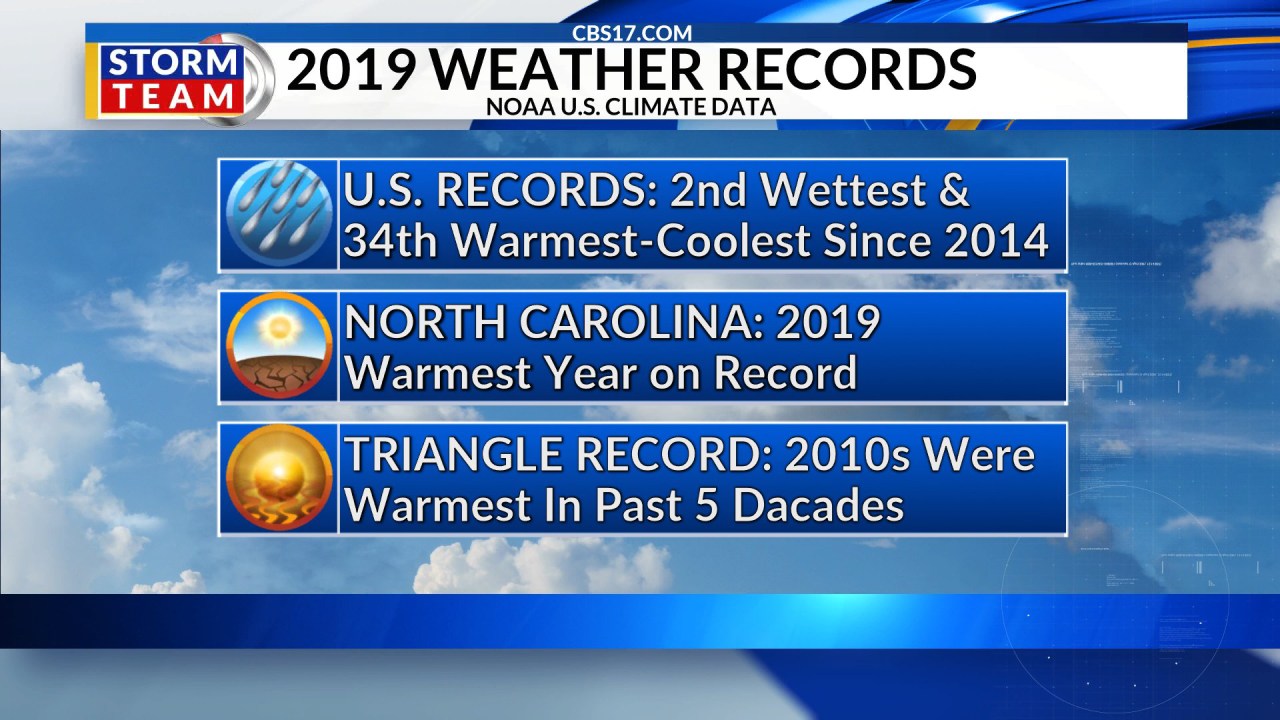 RALEIGH, N.C. (WNCN) – While the U.S. experienced its second-wettest year on record in 2019 – North Carolina recorded its warmest in 125 years, according to data released by NOAA on Wednesday.

The National Oceanic and Atmospheric Administration said the U.S.’s average temperature in 2019 was 52.7 degrees Fahrenheit, which is 0.7 of a degree above the 20th-century average.

“Despite the warmth, it was still the coolest year across the Lower 48 states since 2014,” NOAA reported.

North Carolina, along with Georgia, had their hottest year on record.

Florida, South Carolina and Virginia each had their second warmest year on record.

Hurricane Dorian was one of 14 billion-dollar weather and climate disasters experienced by the U.S.

Those disasters totaled $ 45 billion in damage and killed at least 44 people.

In the Triangle, the 2010s were the hottest in the previous five decades.