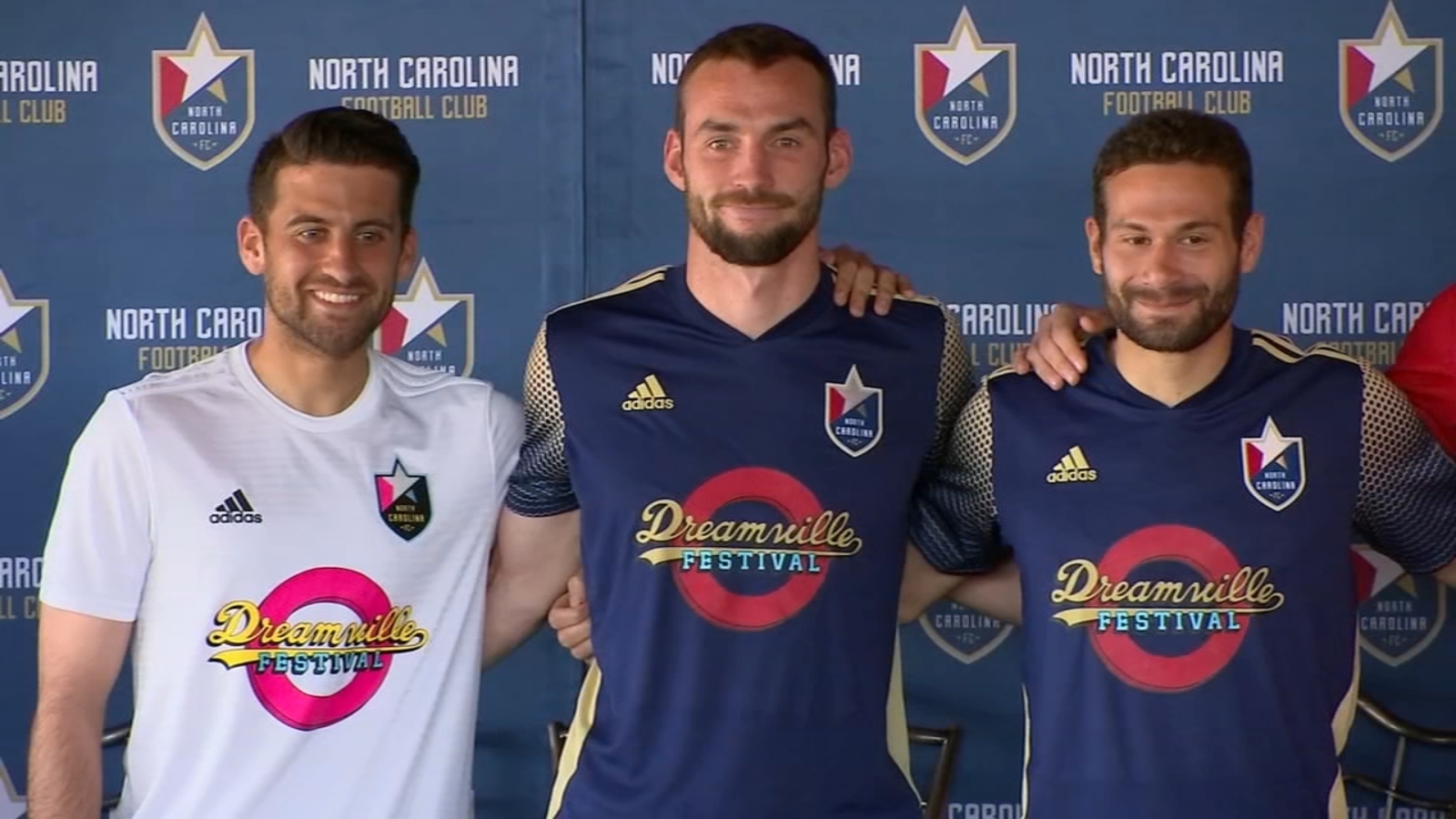 RALEIGH, N.C. (WTVD) — It takes work to carve out a spot of prominence in the Triangle sports scene. North Carolina FC (formerly the Carolina Railhawks) have made it work, with some serious hiccups, for the past 14+ years.

Since re-branding as NCFC, the club has really doubled down in its efforts to not only grow their fanbase, but also impact the community. That mission came into incredible focus Thursday when the team unveiled its new uniforms for the coming season.

Splashed across the front — “Dreamville” — which is of course the name of Fayetteville native J.Cole’s record label and summer music festival, which debuted in 2019. Any time you can partner with a hip hop megastar invested in his local community, it’s a pretty good idea to do so. The collaboration got kickstarted by a friendship between an NCFC staffer and one of the Hopscotch music festival organizers who also knew one of J. Cole’s top guys. Once introduced, the team and the artist decided they could make something good happen.

NCFC President Curt Johnson wouldn’t divulge any financial details involved in the deal, but the club will have a prominent presence at the Dreamville festival this summer at Dix Park and the uniforms figure to sell like crazy. It’s the kind of relationship that also figures to aid the team’s desire to bring soccer to under-served communities in and around Raleigh. Familiarity can come in many forms and being the team and sport that’s branded alongside J. Cole can only be a positive.

“To be able to have a collaboration with Dreamville, I think it’s one of the coolest things our city has to represent, so working with them, everyone who’s seen them, wants one!” Malik said.
Right back and Raleigh native DJ Taylor will wear the uniforms this year. Far more than any previous sponsor, this one has him legitimately excited.

“Obviously for my generation of kids growing up in Raleigh, to have Dreamville, sponsored by J. Cole… I grew up listening to J. Cole. He’s from North Carolina. To have a tie with that, traditional roots, it’s incredible.”

We’re certainly used to seeing Cole on the sidelines at NC State and UNC games. Who knows, he may shortly be hanging out in the bleachers at WakeMed Soccer Park.