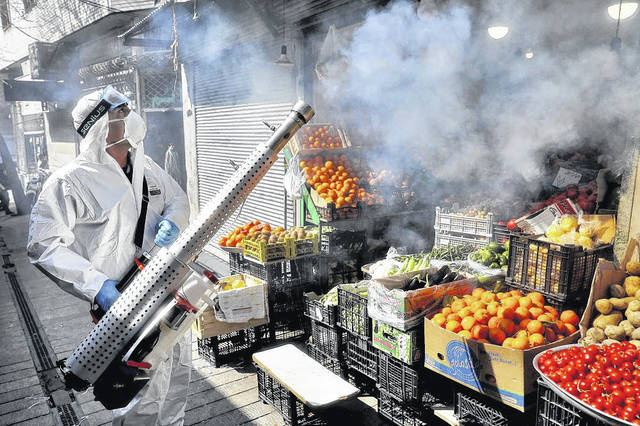 RALEIGH, N.C. (AP) — North Carolina health officials say a second person has tested positive for coronavirus in a case unrelated to the first one.

The North Carolina Department of Health and Human Services issued a news release Friday saying that the person tested positive for COVID-19, the strain causing the fast-moving illness. The state test will be confirmed by the U.S. Centers for Disease Control and Prevention.

The state health officials say the person is in isolation at home and is doing well. They say the Chatham County man had traveled last month to an area of Italy that has an outbreak.

The news release says the person had two days of symptoms that were similar to the flu, but mild, while still in Italy. He then flew back to the United States.

Health officials say his fever went away and his other symptoms are improving.

Officials in Georgia contacted their counterparts in North Carolina because the person had been a contact to a case there.

The Centers for Disease Control and Prevention are working to identify others who may have come into contact with the man, who’s not been identified.

Another man in Wake County previously tested positive for the virus, but officials say the two cases aren’t related.

ByThe 63-year-old admitted she wasn't a "wuss" after the show producers made the decision. The small-screen star's daughter Danielle - who is currently managing her...
Read more