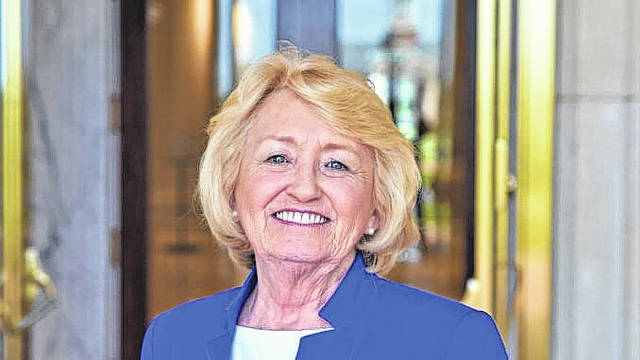 KANNAPOLIS, N.C. — North Carolina state Rep. Linda Johnson, a leading budget writer in the state House who died this week, is being remembered for her kindness and commitment to education.

Johnson died Tuesday at age 74, according to an online obituary from Whitley Funeral Home in Kannapolis. Funeral home director Joel Nelson confirmed her death but said he couldn’t provide additional information about it.

Johnson had recently suffered a stroke and had been diagnosed with lung cancer that had spread, according to a online post earlier this month from Rhonda Todd, Johnson’s administrative assistant.

A Republican first elected to the House in 2000, Johnson most recently was one of the three senior chairs of the House Appropriations Committee.

Democratic Gov. Roy Cooper, former House speaker and current U.S. Sen. Thom Tillis, and others were among those who lamented the news and praised Johnson.

Johnson “had a beloved and infectious spirit that resonated throughout the North Carolina General Assembly every day, and the tragic news of her passing is a terrible loss for our legislative community, her family and the people she served in Cabarrus County,” current Speaker Tim Moore said in announcing her death.

Johnson said in December that she wouldn’t seek reelection this year to her Cabarrus County district. Johnson gave her support to a legislative aide to succeed her. That aide and two other Republicans are running in next month’s primary.

GOP activists in her House district still will have to choose someone to fill out the remainder of Johnson’s two-year term through the end of 2020.

Johnson, who previously served on the Kannapolis school board, rose to prominence in the legislature as Republicans took over the House in 2011, focusing on public education issues.

“She was a fierce advocate for education and never lost her focus amid even the most stressful budget negotiations,” Senate leader Phil Berger said in a release. The Cooper administration ordered U.S. and North Carolina flags at state buildings to fly at half-staff through Friday to honor Johnson.

Johnson’s funeral will be 3 p.m. Saturday at North Kannapolis Baptist Church in Kannapolis, with visitation earlier that afternoon, the funeral home website said.