It’s bowl season, which means college football fans can feast on 40 games (not counting the national title game) full of some interesting and odd matchups largely dictated by conference affiliations.

Some notable things: the CFP semis are Dec. 28, and the national championship game is Jan. 13. That 16-day layoff leaves time between New Year’s Day and the national title game that will be filled with such lower tier bowls as the Armed Forces Bowl and the Birmingham Bowl.

Why to watch: With close losses to then-No. 1 Clemson, No. 20 Appalachian State and Virginia Tech during the regular season, coach Mack Brown’s Tar Heels were close to ACC championship contention. The Tar Heels face a Temple team playing in a bowl game for the fifth consecutive season. 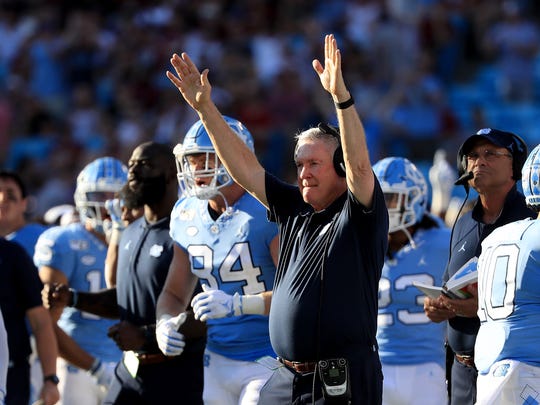 North Carolina: Rontavius Groves, junior wide receiver from Nashville (Pearl-Cohn): Played in 12 games and made 27 catches for 250 yards and one touchdown.