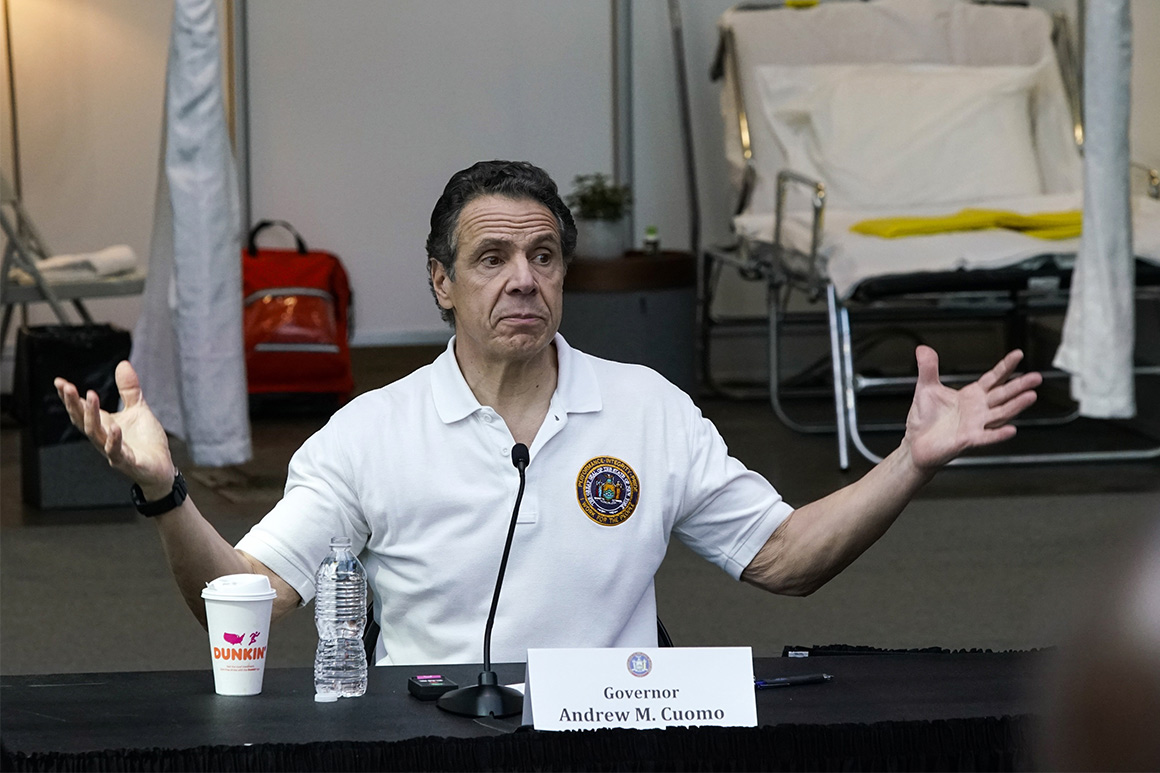 NEW YORK — Seven Northeast governors are banding together to purchase medical equipment as a unit in hopes of avoiding a mad scramble for supplies if the coronavirus returns in the fall.

The governors — who have said they will coordinate plans as they look to reopen their states — announced the consortium during a conference call on Sunday led by New York Gov. Andrew Cuomo. The aim is to give states more sway in the international marketplace, Cuomo said.

“That will increase our market power when we’re buying and we will buy as a consortium, priced as a consortium, for the PPE equipment, ventilators, medical equipment — whatever we need to buy for all those hospitals together,” Cuomo said.

The idea of purchasing supplies regionally was floated last month, as states were bidding against one another and embarking on international hunts to acquire masks, gowns and ventilators, a competition they said was absurd but necessary in lieu of federal coordination.

Cuomo said the governors estimate they’ll collectively buy about $ 5 billion in medical supplies this year, with $ 2 billion of that for New York. The states will figure out how much PPE they need to outfit their hospitals for at least 90 days, find suppliers who can meet the needs of the entire region and avoid vendors who started businesses during the pandemic “as an opportunity.”

“Let’s stop doing business with vendors who we found out to be irresponsible, and we found out the hard way,” Cuomo said. “Let’s compare notes between the states.”

The governors said they hope the consortium will help support local suppliers and research facilities.

“‘Not only should we not have to be scouring the world for this, but it ought to be made in the USA and better yet made in our states,” said New Jersey Gov. Phil Murphy.

“I’m afraid this is still just the beginning," said Connecticut Gov. Ned Lamont. "We’re planning for the next round of this [and] making sure we control our own destiny going forward."

Governors from smaller states said they are more than ready to partner with their larger and more influential neighbors rather than attempt to bid against them.

“If we’re going head to head with New York, we’re not going to get it," said Delaware Gov. John Carney. "We’re going shoulder to shoulder … we’ve got a good chance of getting a good price and getting what we need."

Cuomo noted that Massachusetts Gov. Charlie Baker, who was not on the call, used the New England Patriots’ plane to get equipment from China.

“You can’t be dependent on China to have the basic equipment to save lives in the United States,” Cuomo said. “That’s what this comes down to.”

Murphy’s office said the states are also discussing how they can explore emerging technologies and methods of production, such as 3D printing.

ByDanielle OngKEY POINTS Fauci said he was not surprised that Trump contracted the novel coronavirus following the Rose Garden event The superspreader event was attended by...
Read more
US