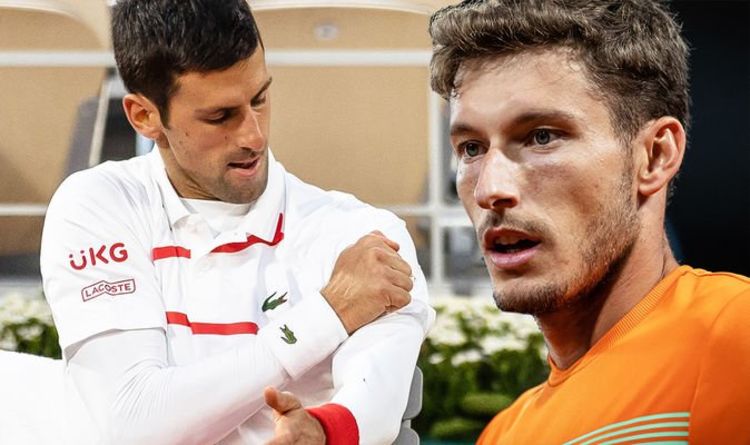 Speaking after the match, Djokovic opened up on the problems he was dealing with.

But he didn’t want to give too much away ahead of his semi-final tie against Tsitsipas.

“I had some neck issues and some shoulder issues,” he said.

“I’ll just say that. I don’t want to get really too much into it.