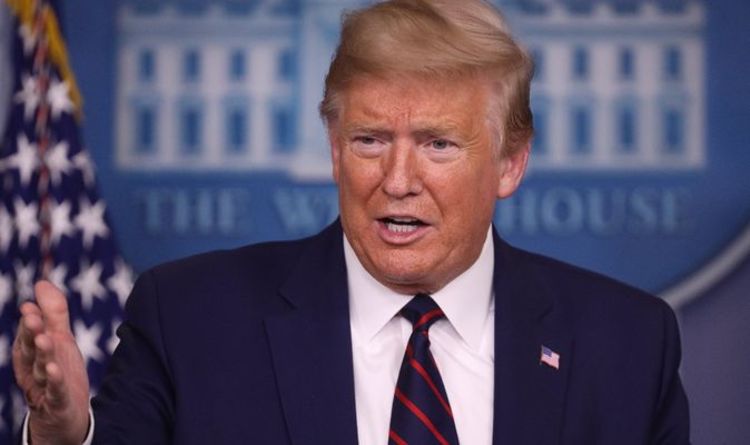 Following the Prime Minister’s transfer to St Thomas’ Hospital ICU, Mr Trump asked two medicine companies to get in touch with Number 10 immediately. UK officials are said to be in “constant contact” with Mr Trump’s administration.

Responding to Mr Trump’s offer, a spokesman for the Mr Johnson said: “We are grateful for all of the warm wishes the Prime Minister has received overnight.

“We are confident the Prime Minister is receiving the best possible care from the National Health Service.

“Any treatment he receives is a matter for his doctors.”

A spokesman said that the Prime Minister is “stable” and in “good spirits”.

It is unclear which pharmaceutical companies were contacted for the experimental treatment.

Mr Trump could be offering the drug hydroxychloroquine, an anti-malarial treatment he has described as a “game changer” in the fight against the novel disease.

The US President told his daily news conference on Monday: “I want to send best wishes to a very good friend of mine, and a friend to our nation, Prime Minister Boris Johnson.

“I had a fantastic call today that I will be talking about a little bit later.

“I have asked two of the leading companies – these are brilliant companies, they have come up with solutions and just have done incredible jobs – I have asked them to contact to London immediately.

“The London office has whatever they need. And we will see if we can be of help. We have contacted all of Boris’ doctors, and we will see what is going to take place. But they are ready to go.