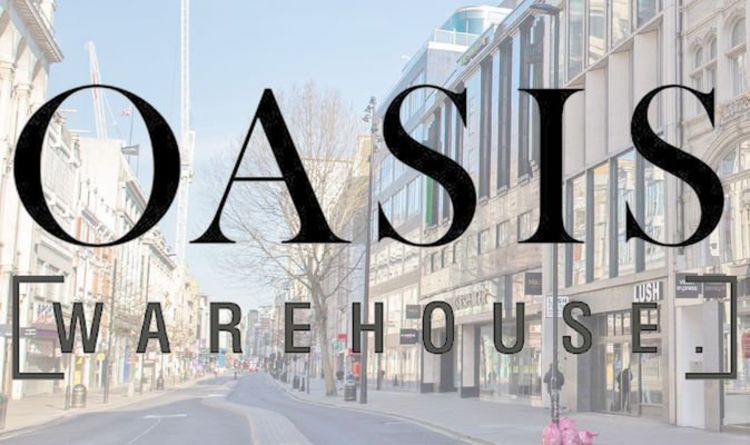 The collapse of the women’s fashion retailers would threaten around 2,300 jobs.

An announcement was expected either later on Tuesday or Wednesday.

The administrators are likely to furlough most of the employees who keep their jobs under the government’s Coronavirus Job Retention Scheme, which was announced last month.

Oasis and Warehouse Group and Deloitte both declined to comment.

The group had been trading in 90 standalone high street stores, as well as 437 concessions in popular department stores including Debenhams and Selfridges.

The crash into administration would come three weeks after The Oasis and Warehouse Group opened talks with prospective buyers following an approach from an unnamed company.

Sky News said there is understood to have been strong interest in a deal.

But the uncertainty caused by the coronavirus pandemic, which has forced thousands of companies out of business, is thought to have derailed any chances of a deal being completed.

Despite this, talks are still expected to continue with potential bidders once Deloitte’s appointment is confirmed.

In a statement released at the start of the sale process, a spokeswoman for the retailer said: “Like all businesses operating in these unprecedented times, we continue to work on how we can best navigate through the current challenging circumstances following the COVID-19 outbreak.”

Sky News has also reported people close to Oasis and Warehouse said the retailer had shown signs of a turnaround in its business performance under owner Hashim Ladha.

The collapse of the group comes during what is the most troublesome time in the history of the British high street, which has been struggling to turn around its fortunes over the past few years.

Some of the country’s biggest retailers are struggling to cope with the consequences of the coronavirus outbreak.

Strict lockdown measures enforced by the UK Government mean thousands of businesses have been forced to close, leading them to lose millions of pounds in business.

Last week, Debenhams confirmed it was calling in administrators, putting more than 22,000 jobs at risk and forcing it to close 142 shops.

The current owners want to push the business into administration then buy it back debt-free.

Debenhams said: “This move will protect Debenhams from the threat of legal action that could have the effect of pushing the business into liquidation while its 142 UK stores remain closed in line with the Government’s current advice regarding the Covid-19 pandemic.”